Romantic Partner Can Help You during Stress- Here’s how

Jan 25: Having a company of romantic partner – even in your mind can assist you to keep blood pressure down in daily stressful situations, say researchers. When faced with a stressful scenario, brooding about your romantic partner could facilitate keep blood pressure under control just as effectively as actually having your significant other in the room with you, according to a study by University of Arizona psychologists. 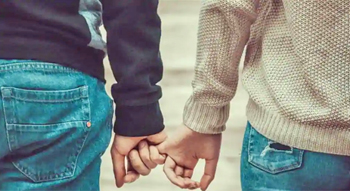 “This suggests that a way being during a romantic relationship would possibly support individuals’ health is through permitting people to higher deal with stress and lower levels of cardiovascular reactivity to worry across the day,” same said psychology doctoral student Kyle Bourassa. “It seems that thinking of your partner as a supply of support may be even as powerful as truly having them present,” Bourassa further.

For the study, printed within the journal neuropsychology, 102 participants were asked to finish a stressful task – submersion one foot into three inches of cold water starting from thirty-eight to forty degrees Fahrenheit. Researchers measured the participants’ blood pressure, heart rate and heart rate variability before, during and after the task.

The impact on blood pressure reactivity was even as powerful whether or not the partner was physically present or simply conjured mentally. “The findings could facilitate justify, in part, why high-quality romantic relationships are systematically related to positive health outcomes within the scientific literature,” same Bourassa. If replicated, the findings may have implications for those facing everyday stressful situations, the researchers further added. 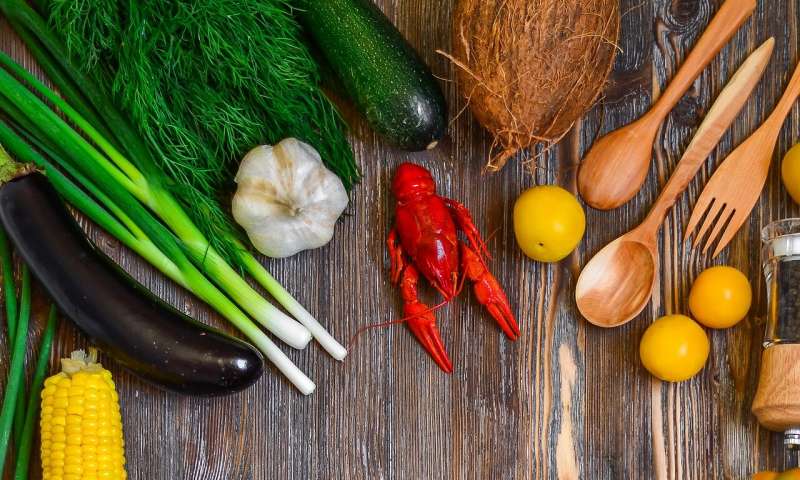 Dallas, Aug 11: A group of nutrition and cardiovascular disease experts issued a new scientific statement which states that the time has come for routine healthcare visits to include some form of dietary assessment and counselling.

"Dietary patterns and quality are not sufficiently prioritised when addressing modifiable risk factors during regular healthcare office visits. Given the evidence that diet contributes to disease and mortality, it is a risk factor worth screening for continuously," said Maya Vadiveloo, Ph.D., RD, chair of the statement writing group and assistant professor of nutrition and health sciences in the College of Health Science at the University of Rhode Island in Kingston, Rhode Island.

Poor diet quality has surpassed all other risk factors for death, accounting for 11 million deaths and about half of the cardiovascular disease (CVD) deaths globally, according to the 2017 Global Burden of Disease Study, a comprehensive report on the health impact of diet in 195 countries around the world.

The statement authors reviewed 15 existing screening tools, assessing each to provide insight into the feasibility of incorporating an evidence-based dietary screening tool into routine practice.

The authors list numerous reasons why members of a healthcare team may not address diet quality during a routine office visit: lack of training and knowledge; lack of time and reimbursement; competing demands during the often short office visit and that nutrition services aren't integrated into many healthcare settings.

"However, these barriers can be overcome," said Vadiveloo. "We want a valid, reliable way to assess diet that reflects the best science and most of the tools assessed take under 10 minutes to use."

Three of the tools assessed to meet criteria set forth in the statement and may provide a framework to help practices incorporate diet screening into their workflow. The Powell and Greenberg Screening Tool asks two questions about fruit and vegetable consumption and sugary food and juice consumption.

The Rapid Eating Assessment for Participants-Shortened assessment and the Mediterranean Diet Adherence Screener ask more than 10 questions and cover major food groups, as well as processed foods and alcohol consumption.

The keys to an effective diet screening tool include:

-Using an evidence-based approach;
-Assessing the total dietary pattern, not just a single food or nutrient;
-Speed;
-The ability to give actionable next steps and support to patients; and
-The ability to track and monitor dietary change over time.

"There are other tools beyond what was assessed and additional tools could be developed," said Vadiveloo.

While the statement does not endorse a specific screening tool, it encourages critical conversations among clinicians, individuals with diet/lifestyle expertise, and specialists in information technology to adopt rapid diet screening tools for adults in primary care and relevant specialty care and prevention settings.

"An important component in addition to evaluating diet quality is targeting actionable changes - helping patients set achievable dietary goals - and then following up at the next visit," said Alice H. Lichtenstein, D.Sc., vice-chair of the writing group and lead and senior scientist of the Cardiovascular Nutrition Team at the Jean Mayer USDA Human Nutrition Research Center on Aging at Tufts University in Boston.

Areas for future study include testing and validating screener tools in diverse populations, as well as among special clinical populations (paediatrics, geriatrics), and evaluating the feasibility of implementing these tools in clinical settings.

A healthy diet can improve cardiovascular disease risk and outcomes. What you eat (and how much) can affect other controllable risk factors, such as cholesterol, blood pressure, diabetes, and being overweight.

New Delhi, Jul 21: The Centre has written to all states and union territories warning against the use of N-95 masks with valved respirators by people, saying these do not prevent the virus from spreading out and are "detrimental" to the measures adopted for its containment.

The Director General of Health Services (DGHS) in the Ministry of Health, in a letter to the Principal Secretaries of health and medical education of states, said it has been observed that there is "inappropriate use" of N-95 masks, particularly those with valved respirators, by the public other than designated health workers.

The DGHS referred to the advisory on the use of homemade protective cover for face and mouth available on the website of the Ministry of Health.

"It is to bring to your knowledge that the use of valved respirator N-95 masks is detrimental to the measures adopted for preventing the spread of coronavirus as it does not prevent the virus from escaping out of the mask. In view of the above, I request you to instruct all concerned to follow the use of face/mouth cover and prevent inappropriate use of N-95 masks," DGHS Rajiv Garg said in the letter.

The government had in April issued an advisory on the use of homemade protective cover for face and mouth, asking people to wear it, particularly when they step out of their residences.

The advisory stressed such face covers must be washed and cleaned each day, as instructed, and stated that any used cotton cloth can be used to make this face cover.

The colour of the fabric does not matter but one must ensure that the fabric is washed well in boiling water for five minutes and dried well before making the face cover. Adding salt to this water is recommended, it said.

It also listed the procedures of making such homemade masks, asking to ensure it fits the face well and there are no gaps on the sides.

It urges people to wash hands thoroughly before wearing the face cover, switching to another fresh one as the face cover becomes damp or humid, and never reusing it after single use without cleaning it.

"Never share the face cover with anyone. Every member in a family should have separate face cover," the advisory stated.

India's COVID-19 case tally crossed the 11-lakh mark on Monday, while the total number of recovered patients increased to over seven lakh, according to Union health ministry data.

The death toll due to the disease rose to 27,497 with 681 fatalities reported in one day.

Colorado, Jul 24: A new study has found that physical stress in one's job may be associated with faster brain ageing and poorer memory.

Aga Burzynska, an assistant professor in the Department of Human Development and Family Studies, and her research team connected occupational survey responses with brain-imaging data from 99 cognitively normal older adults, age 60 to 79. They found that those who reported high levels of physical stress in their most recent job had smaller volumes in the hippocampus and performed poorer on memory tasks. The hippocampus is the part of the brain that is critical for memory and is affected in both normal ageing and in dementia.

Their findings were published this summer in Frontiers in Human Neuroscience under the research topic 'Work and Brain Health Across the Lifespan.'

She added that it is important to understand how occupational exposures affect the ageing of our brains.

"An average American worker spends more than eight hours at work per weekday, and most people remain in the workforce for over 40 years," Burzynska said. "By pure volume, occupational exposures outweigh the time we spend on leisure social, cognitive and physical activities, which protect our ageing minds and brains."

Burzynska explained that the association between "physical stress" and brain/memory were driven by physical demands at work. These included excessive reaching, or lifting boxes onto shelves, not necessarily aerobic activity. This is important because earlier work by Burzynska and her colleagues showed that leisure aerobic exercise is beneficial for brain health and cognition, from children to very old adults. Therefore, the researchers controlled for the effects of leisure physical activity and exercise.

As expected, leisure physical activity was associated with greater hippocampal volume, but the negative association with physical demands at work persisted.

"This finding suggests that physical demands at work may have parallel yet opposing associations with brain health," Burzynska explained. "Most interventions for postponing cognitive decline focus on leisure, not on your job. It's kind of unknown territory, but maybe future research can help us make some tweaks to our work environment for long-term cognitive health."

She added that the results could have important implications for society.

"Caring for people with cognitive impairment is so costly, on economic, emotional and societal levels," Burzynska said. "If we can support brain health earlier, in middle-aged workers, it could have an enormous impact."

The researchers considered and corrected for several other factors that could be related to work environment, memory and hippocampus, such as age, gender, brain size, educational level, job title, years in the occupation and general psychological stress.

One piece of the puzzle

"The research on this topic is so fragmented," Burzynska said. "One previous study linked mid-life managerial experience with greater hippocampus volume in older age. Another showed that taxi drivers had larger hippocampi than a city's bus drivers, presumably due to the need to navigate. In our study, job complexity and psychological stress at work were not related to hippocampal volume and cognition. Clearly, our study is just one piece of the puzzle, and further research is needed."

The magnetic resonance imaging (MRI) data used for the study was collected at the University of Illinois Urbana-Champaign between 2011 and 2014.

With this new capability, Burzynska, along with Michael Thomas and Lorann Stallones of CSU's Department of Psychology, is launching a new project, "Impact of Occupational Exposures and Hazards on Brain and Cognitive Health Among Aging Agricultural Workers," which will involve collecting MRI brain scans and identifying risk and protective factors that could help the agricultural community age successfully. The project recently obtained funding as an Emerging Issues Short-Term Project from the High Plains Intermountain Center for Agricultural Health and Safety.

The Department of Human Development and Family Studies is part of CSU's College of Health and Human Sciences.