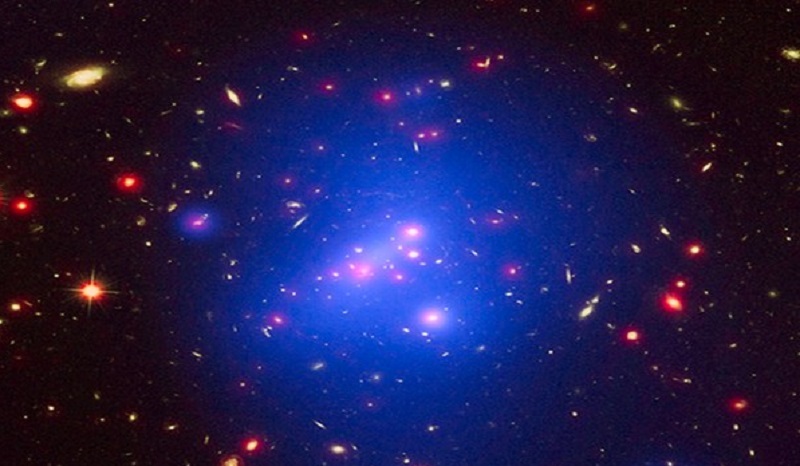 Washington, Sept 14: The detection more than a decade ago by the Fermi Gamma-ray Space Telescope of an excess of high-energy radiation in the centre of the Milky Way convinced some physicists that they were seeing evidence of the annihilation of dark matter particles, but a team led by a researcher at the Kavli Institute for the Physics and Mathematics of the Universe (Kavli IPMU) has ruled out that interpretation.

In a paper published recently in the journal Physical Review D, the Kavli IPMU project researcher Oscar Macias and colleagues at other institutions report that -- through an analysis of the Fermi data and an exhaustive series of modelling exercises -- they were able to determine that the observed gamma rays could not have been produced by what are called weakly interacting massive particles (WIMPS), most popularly theorised as the stuff of dark matter.

"The crucial point of our recent paper is that our approach covers the wide range of astrophysical background models that have been used to infer the existence of the galactic centre excess, and goes beyond them. So, using any of our state-of-the-art background models, we find no need for a dark matter component to be included in our model for this sky region. This allows us to impose very stringent constraints on particle dark matter models," said Macias.

By eliminating these particles, the destruction of which could generate energies of up to 300 giga-electron volts, the paper's authors say, they have put the strongest constraints yet on dark matter properties.

"For 40 years or so, the leading candidate for dark matter among particle physicists was a thermal, weakly interacting and weak-scale particle, and this result for the first time rules out that candidate up to very high-mass particles," said co-author Kevork Abazajian, professor of physics and astronomy at the University of California, Irvine (UCI).

"In many models, this particle ranges from 10 to 1,000 times the mass of a proton, with more massive particles being less attractive theoretically as a dark matter particle," added co-author Manoj Kaplinghat, also a UCI professor of physics and astronomy. "In this paper, we're eliminating dark matter candidates over the favoured range, which is a huge improvement in the constraints we put on the possibilities that these are representative of dark matter."

Abazajian said that dark matter signals could be crowded out by other astrophysical phenomena in the galactic centre -- such as star formation, cosmic ray deflection off molecular gas and, most notably, neutron stars and millisecond pulsars -- as sources of excess gamma rays detected by the Fermi space telescope.

"We looked at all of the different modellings that goes on in the galactic centre, including molecular gas, stellar emissions and high-energy electrons that scatter low-energy photons," said Kavli IPMU's Macias. "We took over three years to pull all of these new, better models together and examine the emissions, finding that there is little room left for dark matter."

Macias, who is also a postdoctoral researcher with the GRAPPA Centre at the University of Amsterdam, added that this result would not have been possible without data and software provided by the Fermi Large Area Telescope collaboration.

The group tested all classes of models used in the galactic centre region for excess emission analyses, and its conclusions remained unchanged. "One would have to craft a diffuse emission model that leaves a big 'hole' in them to relax our constraints, and science doesn't work that way," Macias said.

Kaplinghat noted that physicists have predicted that radiation from dark matter annihilation would be represented in a neat spherical or elliptical shape emanating from the galactic centre, but the gamma-ray excess detected by the Fermi space telescope after its June 2008 deployment shows up as a triaxial, bar-like structure.

"If you peer at the galactic centre, you see that the stars are distributed in a boxy way," he said. "There's a disk of stars, and right in the centre, there's a bulge that's about 10 degrees on the sky, and it's actually a very specific shape -- sort of an asymmetric box -- and this shape leaves very little room for additional dark matter."

Far from considering the team's findings to be discouraging, Abazajian said they should encourage physicists to focus on concepts other than the most popular ones.

"There are a lot of alternative dark matter candidates out there," he said. "The search is going to be more like a fishing expedition where you don't already know where the fish are." 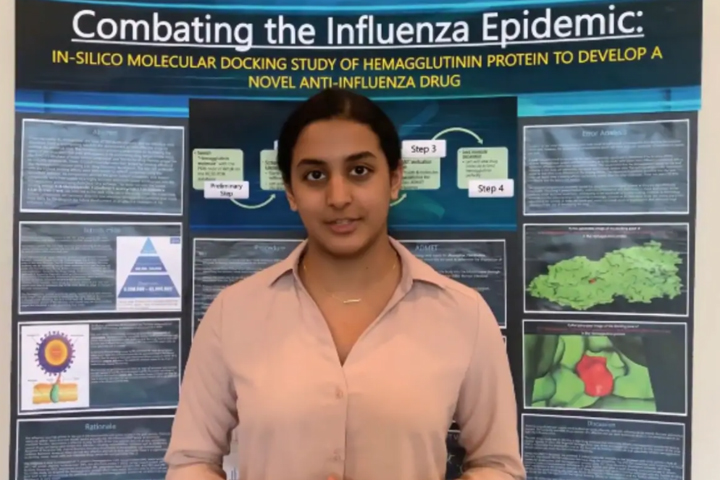 Houston, Oct 19: A 14-year-old Indian-American girl has won a USD 25,000 young scientist challenge for a discovery that could provide a potential treatment for Covid-19.

Anika Chebrolu, an eighth-grader from Frisco in Texas, won the 3M Young Scientist Challenge, regarded as the US' premier middle school science competition, for her work using in-silico methodology for drug discovery to find a molecule that can selectively bind to the Spike protein of SARS-CoV-2 virus in an attempt to find a cure for the coronavirus pandemic, according to the 3M Challenge website.

3M is an American manufacturing company based in Minnesota.

Chebrolu decided to take part in the Young Scientist Challenge after she battled a severe influenza infection last year. She wanted to find a cure for influenza. However, that all changed after the Covid-19 pandemic hit, the website said.

“I was drawn towards finding effective cures for influenza disease after a severe bout of the infection last year,” Chebrolu said.

“I would like to learn more from 3M scientists to pursue my drug development and with their help, would like to conduct in-vitro and in-vivo testing of my lead drug candidate,” she said.

Chebrolu was one of the 10 finalists in this year’s 3M Young Scientist Challenge. In addition to the prize money, she was also awarded an exclusive 3M Mentorship.

As a finalist, she worked with 3M Corporate Scientist Dr Mahfuza Ali, who mentored Chebrolu one-on-one throughout the summer. Together, they transformed her idea from concept to reality.

Dr Ali helped Chebrolu perfect her innovation through the scientific method, and she presented her project to a judging panel of scientists and leaders. Each finalist was evaluated on a series of challenges and the presentation of their completed innovation.

"I am extremely humbled at being selected America's Top Young Scientist as all of the finalists had amazing projects and were extremely well-rounded individuals," Chebrolu said.

"Science is the basis of life and the entire universe and we have a long way to go understand it fully," said Chebrolu, who wants to become a medical researcher and professor.

Talking to CNN, Chebrolu said, "The last two days, I saw that there is a lot of media hype about my project since it involves the SARS-CoV-2 virus and it reflects our collective hopes to end this pandemic as I, like everyone else, wish that we go back to our normal lives soon."

Chebrolu said she was inspired to find potential cures to viruses after learning about the 1918 flu pandemic and finding out how many people die every year in the US despite annual vaccinations and anti-influenza drugs on the market.

"Chebrolu has an inquisitive mind and used her curiosity to ask questions about a vaccine for Covid-19," Dr Cindy Moss, a judge for the competition, told CNN.

"Her work was comprehensive and examined numerous databases. She also developed an understanding of the innovation process and is a masterful communicator. Her willingness to use her time and talent to help make the world a better place gives us all hope," Moss said.

Chebrolu said that winning the prize and title of top young scientist is an honour, but her work isn't done.

Her next goal, she says, is to work alongside scientists and researchers who are fighting to "control the morbidity and mortality" of the pandemic by developing her findings into an actual cure for the virus.

"My effort to find a lead compound to bind to the spike protein of the SARS-CoV-2 virus this summer may appear to be a drop in the ocean, but still adds to all these efforts," she told CNN.

"How I develop this molecule further with the help of virologists and drug development specialists will determine the success of these efforts," she said.

Denise Rutherford, senior vice president of Corporate Affairs at 3M in his congratulatory message said that amidst the challenges of a global pandemic, quality STEM education for all has become an even more urgent need.