Nagpur, July 21: In a shocking incident, an 11-year-old boy allegedly killed self in Maharashtra's Nagpur city after being reprimanded by his mother for buying a samosa, police said on Tuesday.

Veeru Natthu Sahu was found hanging from a ceiling fan at his home in Ganga Nagar in Gittikhadan area on Sunday night, an official said.

The deceased boy's family was struggling to make ends meet after their small business was hit because of the coronavirus-induced lockdown, he said.

The Class 7 student had taken Rs 10 from home without asking his mother and bought a samosa, which was then eaten by his elder brother, the official said.

The boy's mother scolded him for taking money without her permission and asked him to get the snack for himself, following which the distraught minor allegedly went into the kitchen and hanged himself using a saree, he said.

The Gittikhadan police have registered a case of accidental death in this regard, the official added.

Bengaluru, Aug 10: A minor girl died by suicide after allegedly being raped in a village in North Karnataka recently, police said on Monday.

According to police, the incident occurred when the girl, aged 13-14 years and studying in the eight standard, was on her way to a temple on July 30 at Bogur in Dharwad rural.

The girl returned home and reported the matter to her mother.

Later, she consumed poison, police said. She was rushed to a hospital but could not be saved.

The accused has already been arrested, they added. State Minister for Medium and Large Industries, Jagadish Shettar has promised justice to the family.

"An incident of rape and death of a minor girl has taken place recently in village Bogur in Dharwad district.

I met the family of the victim and consoled them," the minister said in a tweet

Shetter added that he has asked police to investigate the matter and provide security to the family.

According to Shettar, for the past few days, the youths in the village are staging a demonstration demanding stringent punishment to the guilty.

Kozhikode, Jul 20: A 17-year old boy died of head injuries while trying to protect his mother from being assaulted by his drunk father here, police said on Sunday.

The youngster suffered the fatal injury after his head hit against the door when his father shoved him at their home on Saturday. Venu, had come home in an inebriated state and picked up a quarrel with his wife and started beating her up, they said.

On seeing this, Alan tried to intervene. Though the boy was rushed to the hospital, his life could not be saved, they added. Venu was arrested and a case has been registered. 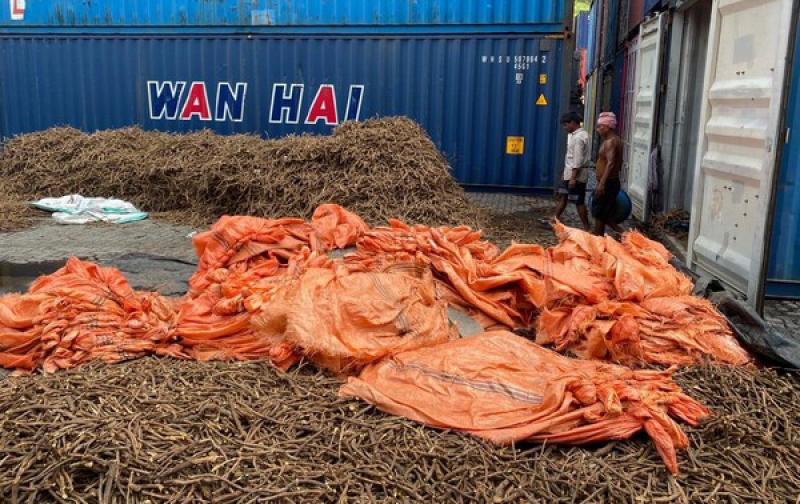 Mumbai, Aug 10: In a joint operation of the Directorate of Revenue Intelligence (DRI) and the Customs, 191 kgs of drugs worth around Rs 1,000 crores were seized at Nhava Sheva port of Navi Mumbai, the DRI said.

According to DRI, the drugs were being transported inside pipes and they cost around Rs 5 crores per kg in the market.

Two accused have been arrested in the case who had allegedly brought these drugs through Afghanistan. The accused were produced in the court and they have been remanded in custody for 14 days, and further investigation is underway.

"191 kg of drugs, worth Rs 1,000 crores, seized at Nhava Sheva port of Navi Mumbai in a joint operation with customs. Transported inside pipes, drugs were brought through Afghanistan. Court has sent the two accused to 14 days police custody," said a DRI officer.