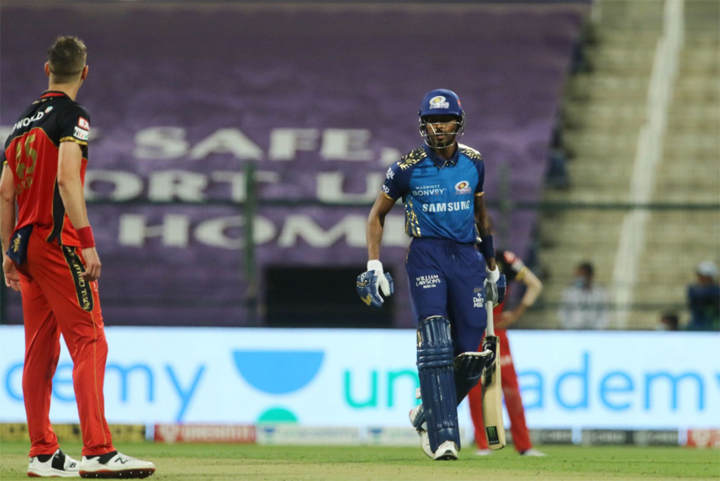 Mumbai Indians and RCB competed against each other in the league here on Wednesday. Mumbai Indians secured a five-wicket win over the Virat Kohli-led side.

"Chris Morris, the Royal Challengers Bangalore all-rounder, has been reprimanded for breaching the Indian Premier League's (IPL) Code of Conduct during his team's match against Mumbai Indians at Abu Dhabi," IPL said in an official release.

It also stated: "Hardik Pandya, the Mumbai Indians all-rounder, has been reprimanded for breaching the IPL's Code of Conduct during his team's match against Royal Challengers Bangalore at Abu Dhabi."

For Level 1 breaches of the Code of Conduct, the Match Referee's decision is final and binding. 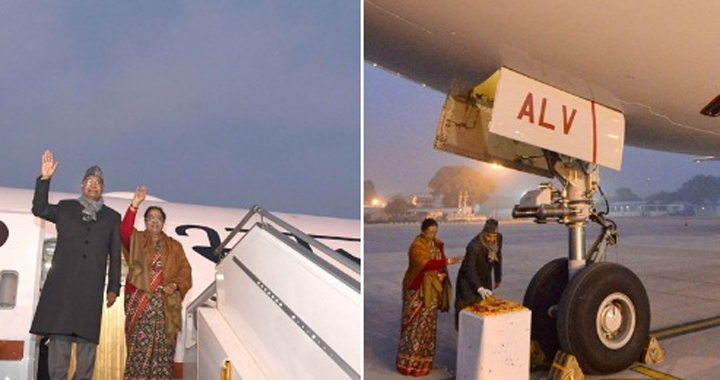 New Delhi, Nov 24: President Ram Nath Kovind on Tuesday boarded the first flight of the Air India One - B777 aircraft for Chennai for his visit to the Venkateswara Swamy Temple in Tirupati in Andhra Pradesh.

President Kovind, accompanied by his wife Savita Kovind, will reach Tirupati airport at Renigunta at 10.30 am today.

"President Kovind boards the Air India One- B777 aircraft for the inaugural flight to Chennai. The President will be visiting Tirupati, Andhra Pradesh to offer prayers at the Sri Venkateswara Swamy Temple," the office of the President of India tweeted.

The President commended the pilots, crew members and the entire team of Air India and Indian Air Force (IAF) for operating the state-of-the-art aircraft and facilitating VVIP movements within the country and on state visits abroad. "This is the first flight of the Air India One - B777 aircraft with the Head of State on board. The aircraft is fuel-efficient and has longer range than the B747-400 that are deployed for similar VVIP operations. The aircraft has state-of-art interiors with reduced noise levels," Ajay Kumar Singh, Press Secretary to the President said in a statement.

Air India One aircraft is exclusively meant for the President, Vice President and Prime Minister.

The aircraft are equipped with an advanced and secured communication system that allows availing audio and video communication functions mid-air without any worries of hacking or being taped, sources familiar with the details told ANI earlier.

The VVIP aircraft B-777 is a replacement of wide-body aircraft Boeing B-747 jumbo aircraft whose call sign is Air India One.

The new Boeing 777 aircraft for VVIPs guest is also equipped with advanced defence systems and will be operated fully by IAF pilots in due course of time.

After his arrival, President Kovind is scheduled to visit the Tiruchanur Sri Padmavati temple. From there he will go to the guest house at Tirumala at 12.15 pm.

The President will visit the Varaha Swami Temple and Lord Balaji temple at 12.50 pm.

At 3 pm, he will leave Tirumala to depart for Ahmedabad.

UAE may withdraw from OPEC plus over tensions with Saudi Arabia, Russia: Report 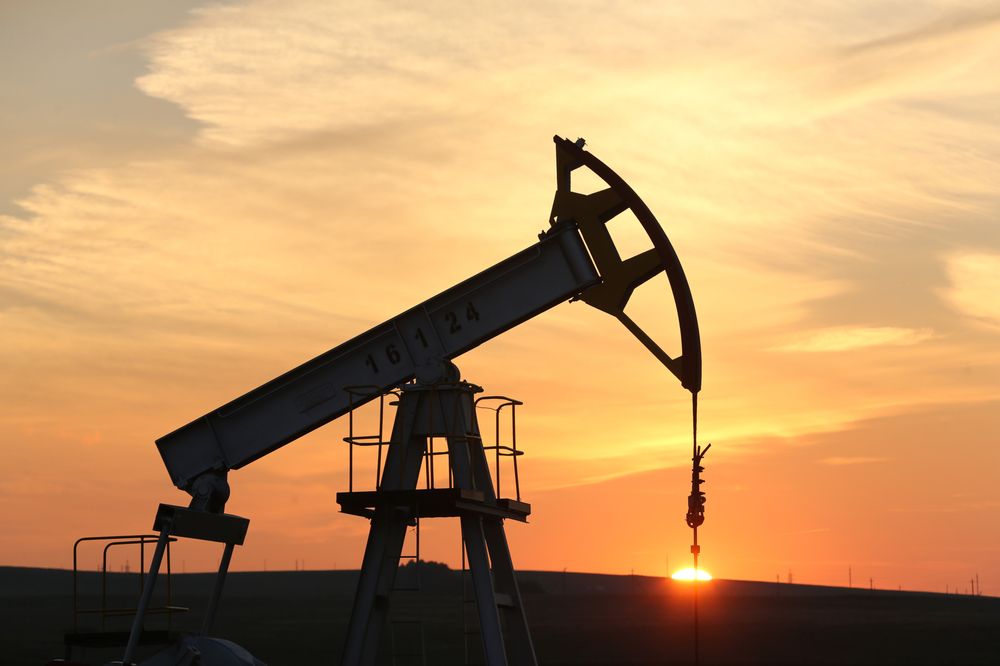 Abu Dhabi, Nov 19: With tensions running high between the United Arab Emirates and its petroleum allies, Saudi Arabia and Russia, Abu Dhabi considers the idea of leaving OPEC plus, the Bloomberg news agency reported on Thursday, citing its sources.

This step was not in line with the UAE's policy, as the country has stayed away from public conflicts for a long time, preferring to address issues quietly behind closed doors, the news outlet reported, adding that it was unclear yet whether the warning was "a maneuver to force a negotiation over production levels, or represents a genuine policy debate."

The relations between Riyadh and Abu Dhabi escalated since the late summer, when the UAE increased its oil output beyond the OPEC+ quota envisaged in the deal, prompting warnings from Saudi Arabia. The situation has deteriorated by now in light of the UAE's rising backlash on the distribution of production targets, which the country's government considers unfair.
Meanwhile, Bloomberg reported that the UAE officials have not announced in public its intent to withdraw from the organisation. According to the agency, reports on the UAE's exit from OPEC+ have appeared in very challenging circumstances, as any internal disputes may undermine the already fragile oil market against the backdrop of the long-standing coronavirus pandemic that threatens oil demand.

Along with these developments, the UAE Energy Ministry said on Wednesday that it had reached a 126-per cent compliance with the OPEC+ oil output cuts deal in October by reducing its production level by 153,000 barrels per day.

Earlier in the week, the OPEC+ Joint Ministerial Monitoring Committee discussed the situation in the oil market amid the second wave of the pandemic, as well as the feasibility of increasing the alliance's production from 2021 under prevailing conditions. It made no recommendation, although a day earlier, OPEC+ experts recommended that ministers consider maintaining the current production restrictions for the first quarter or for the first half of 2021.

The final decision is expected to be made at the annual OPEC+ ministerial meeting, scheduled for December 1.