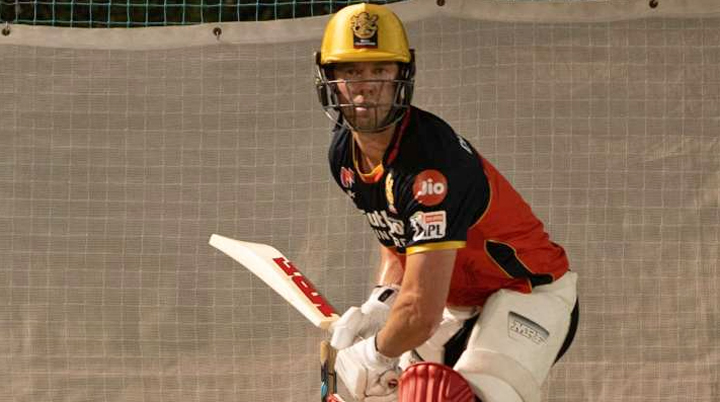 South African star AB de Villiers believes the biggest challenge for all teams in the upcoming Indian Premier League will be adjusting to the prevailing hot and humid conditions in the UAE.

Most games will be played in the night but the conditions would still be challenging.

"I am not really used to these kind of conditions to be honest. It' very hot, it reminds me of a Test match we played in July in Chennai once where Viru (Virender Sehwag) scored 300. It was one the hottest weather conditions I have experience in my life," he said in a an interview posted on RCB's twitter handle.

"The humidity is similar to that, even at 10 at night. When I arrived here I checked the weather conditions of a few months and it seems to be getting better. It is definitely going to play a part and you have to make sure you have the energy for the backend of the innings or last 5 overs of your bowling spell."

De Villiers said he would also miss playing in front of packed crowds in India with the event to be played behind closed doors in UAE due to the COVID-19 pandemic.

"I think obviously all are are used to playing in front of crowds in big stage, there is certainly an amount of adrenaline that pumped into you when it gets really loud, especially in Chinnaswany when the RCB crowd gets going, its difficult to stop the RCB team. So, well miss that there is no doubt about it.

"But I won't say I am not used to it, I have played a lot of cricket in empty stadiums. I grew up like that. It's only in my international career that I have played in front of crowd," he said.

The 36-year-old dashing cricketer, regarded as one of the destructive batsman of world cricket, said not just him, every player is just happy to be back on the field after international cricket came to a halt in mid-March because of the pandemic.

De Villiers' first foray into the cricket field amid the pandemic was the inaugural 3TC Solidarity Cup organised by Cricket South Africa in July.

Asked whether there will be a drop in the game's standard with players coming from a long break, he replied: "Not at all. In the 3TC I have faced some off thee best bowling in the last 3 to 5 years, the bowlers were landing yorkers, they showed some great skills with pace, variations.

"They are very hungry, the desire is there, the motivation. It's not just copy and paste, now the guys are really coming out with rediscovered energy, so I think we are going to see some fireworks."

De Villiers said young Australian wicketkeeper batsman Joshua Philippe is an exciting cricketer and he would love share his knowledge with the Australian opener in RCB dressing room.

"I have always enjoyed watching Finch play but now I know him quite well. Another guy I am excited to watch is Joshua, he is a young wicketkeeper from Australia.

"I have watched him play for Sydney Sixers in BBL. He is very exciting to watch, he takes on the new ball, a very talented player with all the shots in the book," he said.

"As a 36-year-old who have played international cricket for ages now, I am looking foward to give back if he wishes what I have learnt over the years."

Virat Kohli-led RCB will open their IPL campaign against Sunrisers Hyderabad in Dubai on September 21. 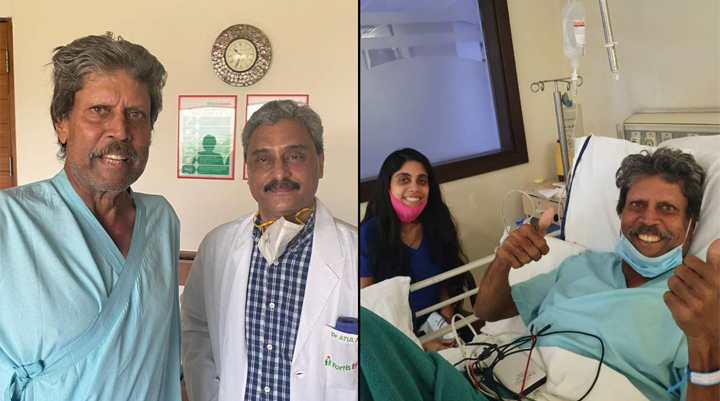 Sharma took to Twitter and wrote: "Good News Kapil Paji is absolutely fine & has been discharged from the hospital. Jai mata di."

In another tweet, Sharma posted a picture of Dev with his doctor and said: "Dr Atul Mathur did Kapil paji angioplasty. He is fine and discharged. Pic of @therealkapildev on time of discharge from hospital."

Dev was admitted to the hospital in the early hours of Friday after he complained of chest pain. The hospital, Fortis Escorts Okhla Road, had issued a statement saying the former cricketer will get discharged in a couple of days.

"Former Indian Cricket captain Kapil Dev, age 62 years, came to Fortis Escorts Heart Institute (Okhla Road) emergency department at 1:00 am on October 23 with a complaint of chest pain. He was evaluated and an emergency coronary Angioplasty was performed by Dr Atul Mathur, Director of Cardiology Department, in the middle of the night. Currently, he is admitted in ICU and under close supervision of Dr Atul Mathur and his team. Kapil Dev is stable now and he is expected to get discharged in a couple of days," the hospital had said in a statement. 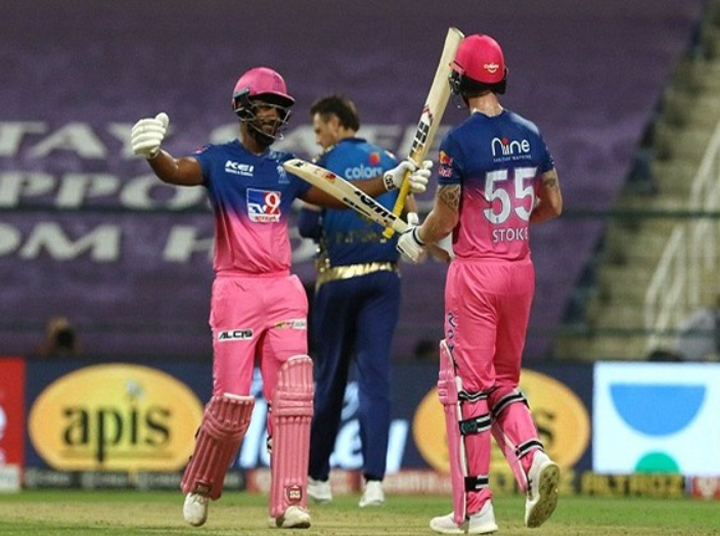 Chasing a mammoth target of 196, Robin Uthappa and Ben Stokes opened the innings for Rajasthan. Uthappa played a knock of 13 runs before he was removed by James Pattinson in the second over.

Skipper Steve Smith joined Stokes in the middle and added 31-run for the second wicket. Pattinson struck again and this time it was Smith (11) in the fifth over.

Sanju Samson joined Stokes in the middle and stitched a match-winning stand of 152-run. The duo smashed Mumbai bowlers all around the ground and chased the target with 10 balls to spare.

Stokes played a quickfire knock of 107 off 60 balls including three sixes and 14 fours while Samson accumulated 54 from 31 balls.

For Mumbai, Pattinson scalped both the wickets.

Earlier, Saurabh Tiwary and Hardik Pandya smashed 74 runs off the final four overs as Mumbai Indians posted a total of 195/5 in the allotted twenty overs.

Opting to bat first, Mumbai Indians did not get off to a good start as opener Quinton de Kock (6) was clean bowled by Jofra Archer in the very first over of the innings.

Ishan Kishan and Suryakumar Yadav then got together at the crease and the duo bought the innings back on track for Mumbai Indians. Both batsmen put on 83 runs for the second wicket, however, Rajasthan finally broke the partnership as Kartik Tyagi dismissed Kishan (37) in the 11th over, reducing Mumbai to 90/2.

Jofra Archer produced one of the best catches of the tournament so far to dismiss Kishan. Archer in the deep had initially misjudged the catch but he recovered well to leap and grab the catch at third man.

Rajasthan Royals then staged a comeback as the side dismissed Suryakumar Yadav (40) and Kieron Pollard (6) in quick succession, reducing Mumbai Indians to 101/4 in the 13th over.

In the final four overs, Mumbai Indians smashed 74 runs. Tiwary (34) was dismissed in the penultimate over by Archer, but Hardik marched on to take Mumbai's total past the 190-run mark. Hardik Pandya brought up his half-century off just 20 balls. Hardik Pandya, in the end, remained unbeaten on 60 runs off just 21 balls. 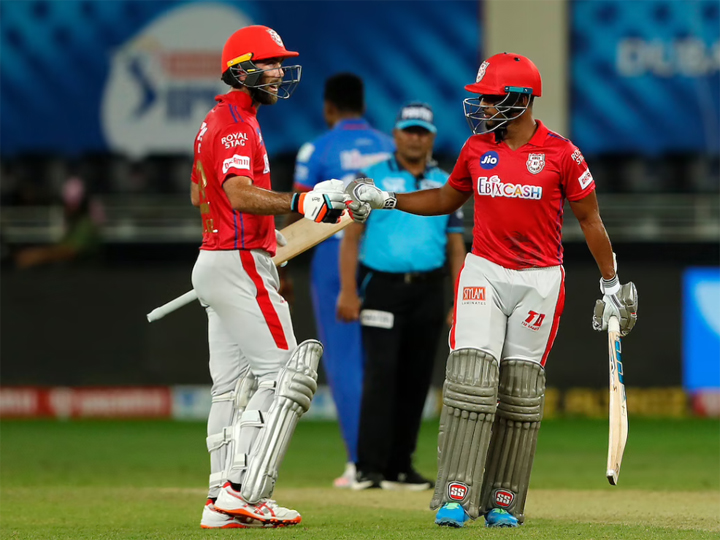 Dhawan became the first batsman to hit back-to-back IPL hundreds with his unbeaten 106 off 61 balls being the sole bright spot in Delhi's 164 for five.

For a change, it ended up being a straightforward chase for KXIP despite a rare failure from their opening pair of K L Rahul (15) and Mayank Agarwal (5), who had done the bulk of the scoring for the team in the earlier games.

Nicholas Pooran (53 off 28) came up with another blinder of a knock and Glenn Maxwell (32 off 24) finally found some form to set up the win.

With KXIP's in-form top three gone cheaply, it was a stiff test for their shaky middle-order which came good on the night.

Rahul mishit one to mid-on while Agarwal got run out after a big mix-up with Pooran.

Gayle once again looked in ominous touch but departed soon after hammering Tushar Deshpande in his opening over that went for 26 runs. R Ashwin found the Jamaican's stumps with a slider.

With KXIP at 63 for 3 inside the powerplay, it was left to Pooran and Maxwell to bail the team out.

Pooran eased the pressure with another display of clean hitting. His blitzkrieg propelled KXIP to 101 for three in first 10 overs with only 64 to get from the last 60 balls.

The West Indian was not able to see the team through but Maxwell finally got some runs under his belt to take the team close to victory.

It seemed he was batting on a different surface with the second highest score of the innings coming from skipper Shreyas Iyer and Rishabh Pant, who made 14 each.

KXIP bowled well at the back end of the innings to restrict DC to below 180 with lead pacer Mohammed Shami (2/28) being the stand out performer.

Fresh off a hundred in the last game, Dhawan began by slog sweeping offie Glenn Maxwell in the opening over.

Shaw, who failed to get off the mark in the preview two games, perished cheaply once again, trying to smash Jimmy Neesham over extra cover when he was in no position to play that aerial stroke.

Iyer too did not last long after getting off the mark with a lofted cover drive that went for a six with Delhi reaching 83 for two in 10 overs.

At the other end, Dhawan grew in confidence and an example of that was the way he drove a full ball from Shami over mid-off.

The southpaw crossed the 5000-run mark in the IPL by sweeping leggie Ravi Bishnoi for a six over deep square-leg, becoming the fifth batsmen to do so in the tournament's history.

He got to his century, another landmark, with a double off left-arm pacer Arshdeep Singh.

However, he did not get the required support from the other end as Delhi ended with a below-par total.