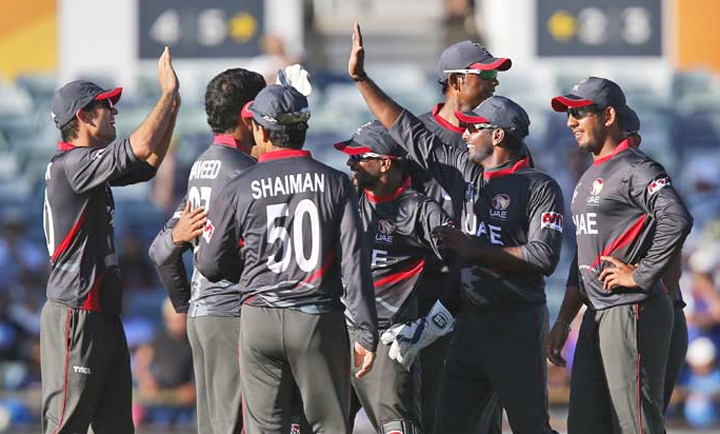 The Emirates Cricket Board (ECB) had suspended Ashfaq during the ICC Men's T20 World Cup Qualifier in October last year but no formal charges had been laid so far.

Both Amir and Ashfaq have been charged with the following breaches of the ICC Anti-Corruption Code under Article 2.1.3 (Seeking, accepting, offering or agreeing to accept any bribe or other reward), Article 2.4.2 (failing to disclose to the ACU (without unnecessary delay) the receipt of any gift, payment, hospitality or other benefit), Article 2.4.3 (non-contractual benefits offered to a participant that have a value of USD 750 or more), Article 2.4.4 (failing to report any approaches or invitations received by the participant to engage in Corrupt Conduct under the Anti-Corruption Code) and Article 2.4.5 (failing to disclose to the ACU full details of any facts or matters that came to his attention that may evidence Corrupt Conduct under the Code by another participant).

The players have 14 days from September 13 to respond to the charges. The ICC will not make any further comment in respect of these charges at this stage. 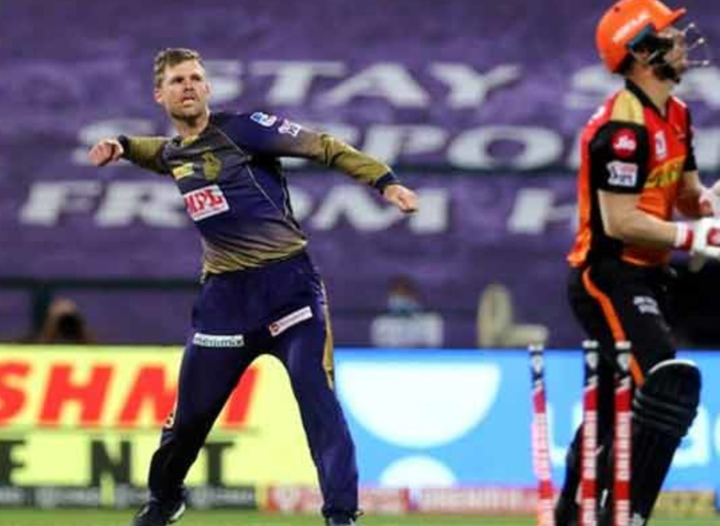 SRH were required 30 runs from the last two overs. Shivam Mavi bowled the penultimate over and conceded 12 runs including the wicket of in-form Samad (23).

Hyderabad needed 18 runs off the last six balls. Struggling Andre Russell bowled the last over of the innings. Warner failed to score two off the last ball and the match went into the Super Over. Hyderabad scored 163/6 in their 20 overs.

Ferguson bowled the Super Over for KKR and bagged two wickets in the first three balls. KKR were required three runs to win off the Super Over.

Eoin Morgan and Dinesh Karthik came in to bat for KKR and put their team over the line easily against spinner Rashid Khan.

Chasing a moderate target of 164, Jonny Bairstow and Kane Williamson provided a solid 58-run stand for the opening wicket. Lockie Ferguson bagged his Kiwi skipper Williamson (29) in the seventh over.

Priyam Garg joined Bairstow in the middle and added 12-run for the second wicket. Ferguson struck again in his second over and this time dismissed youngster Garg (4).

In the next over, spinner Varun Chakravarthy scalped in-form Bairstow after playing a knock of 36 runs. Skipper David Warner and Manish Pandey added 12-run to the scoreboard before the latter was departed in the 12th over.

Pandey just scored six runs. Vijay Shankar came in to bat at number six and joined Warner in the middle. Shankar (7) failed to add big runs under his name and was claimed by Pat Cummins in the 16th over.

Abdul Samad and Warner added a quick partnership of 37-run for the sixth wicket. Samad played a knock of 23 off 15 balls. Warner remained unbeaten on 47*.

For KKR, Lockie Ferguson, playing in his first game of the season, scalped three wickets.

Earlier, KKR skipper Eoin Morgan and Dinesh Karthik played crucial knocks of 34 and 29* respectively, in the end, to help the team set a target of 164 runs.

After being asked to bat first, KKR got off to a good start with openers Shubman Gill and Rahul Tripathi scoring regular boundaries. The duo formed a 48-run partnership before Thangarasu Natarajan, in the sixth over, dismissed Tripathi.

In the 12th over, Rashid Khan removed Gill (36) and in the next over, Nitish Rana was also sent back to the pavilion by Vijay Shankar which reduced KKR to 88/3. Morgan and Andre Russell were the next batsmen and helped KKR get past the 100-run mark.

Both added 17 runs on the board before Russell gave away an easy catch to Shankar off Natarajan's delivery in the 15th over. Karthik then took the field.

Morgan and Karthik played brilliantly and guided KKR to a decent total. Morgan scored 16 runs in the final over before getting out on the final delivery of the innings. 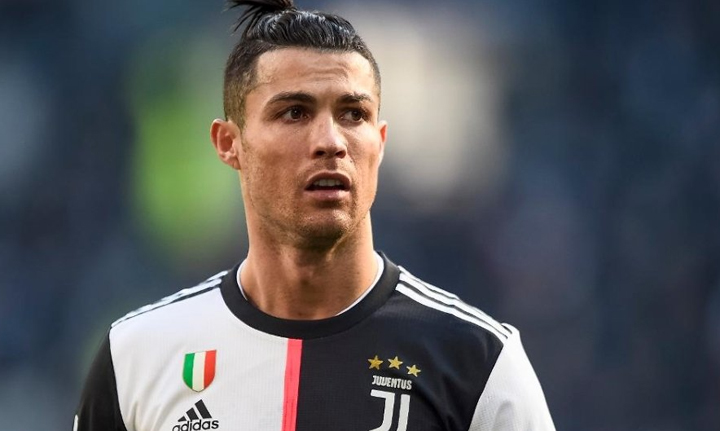 Portuguese forward Cristiano Ronaldo has tested positive for Covid-19, Portugal's Football Federation said in a statement on its website on Tuesday.

The 35-year-old Juventus striker will miss Wednesday's UEFA Nations League game against Sweden but is "well, has no symptoms and is in isolation", the federation said.

The federation added that the rest of the Portugal squad had undergone tests as a result of Ronaldo's positive, but that they had all tested negative and would be available for the Sweden match.

Five-times world player of the year Ronaldo appeared in his side's 0-0 draw away to France in the Nations League on Sunday and Wednesday's 0-0 draw in a friendly at home to Spain.

He will now be doubtful for Juve's Serie A trip to Crotone on Saturday and their Champions League group stage opening game away to Dynamo Kiev next Tuesday. 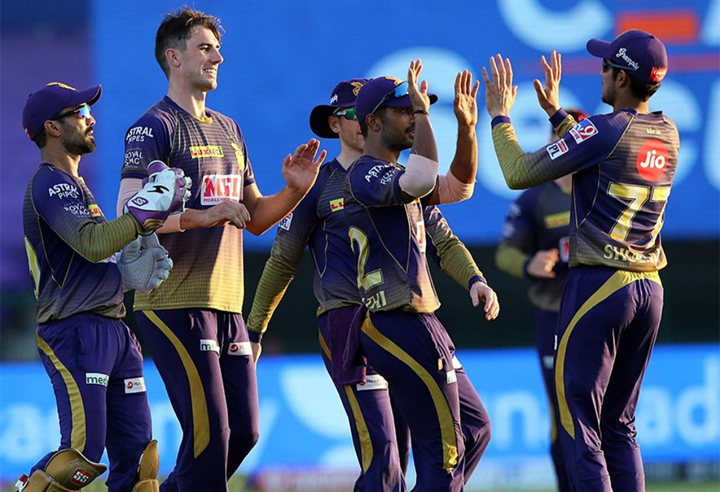 With this win, KKR has put themselves ahead in the race for a playoff spot. The side now has 12 points from 11 matches and is placed in the fourth position.

Chasing 195, Delhi Capitals got off to the worst start possible as the side lost its opener Ajinkya Rahane (0) on the very first ball of the innings. KKR pacer Pat Cummins caught him right in front of the wicket and as a result, Rahane was given leg-before wicket.

Delhi was given a big blow in the third over of the innings as Cummins clean-bowled Shikhar Dhawan (6), reducing the side to 13/2. Rishabh Pant and Shreyas Iyer then got together and the duo tried to retrieve the innings for Delhi.

Both batsmen put on 63 runs for the third wicket, keeping Delhi in the hunt for chasing down this massive score. However, KKR finally got the breakthrough of Pant (27) as Varun Chakravarthy sent him back to the pavilion in the 12th over. Chakravarthy then dismissed Shimron Hetmyer (10) and Shreyas Iyer (47), and Delhi was reduced to 95/5 in the 14th over.

Chakravarthy then brought up his five-wicket haul as he dismissed Marcus Stoinis (6) and Axar Patel (9) in the 16th over. In the end, Delhi Capitals failed to recover, stumbling to a 59-run loss.

Earlier, Nitish Rana and Sunil Narine played knocks of 81 and 64 respectively as Kolkata Knight Riders (KKR) posted a total of 194/6 in the allotted twenty overs.

Sent into bat first, KKR got off to a bad start as the side lost its opening batsman Shubman Gill (9) in the second over of the innings. He was sent back to the pavilion by Anrich Nortje as the pacer had him caught at the hands of Axar Patel.

Delhi bowlers kept on bowling tight line and length and as a result, KKR batsmen were unable to break free. Rahul Tripathi (13) and Dinesh Karthik (3) also lost their wickets cheaply and as a result, KKR was reduced to 42/3 in the eighth over. Tripathi was dismissed by Nortje while Karthik was sent back to the pavilion by Kagiso Rabada.

Sunil Narine was promoted to number five, ahead of skipper Eoin Morgan and the move paid off as he along with Nitish Rana added 115 runs for KKR. The partnership saw both batsmen going past their 50-run mark. Rabada provided the much-needed breakthrough to Delhi as he dismissed Narine (64) in the 17th over, reducing KKR to 157/4.

In the final three overs, KKR was able to score 33 runs more and as a result, the side posted a total of more than the 190-run mark. At one stage, KKR was 44/2 after eight overs, but the side was able to score 150 runs off the final twelve overs. For Delhi Capitals, Rabada and Nortje scalped two wickets each.