Kohli & Rahane slip in ICC Test rankings, Pujara moves up to No. 8 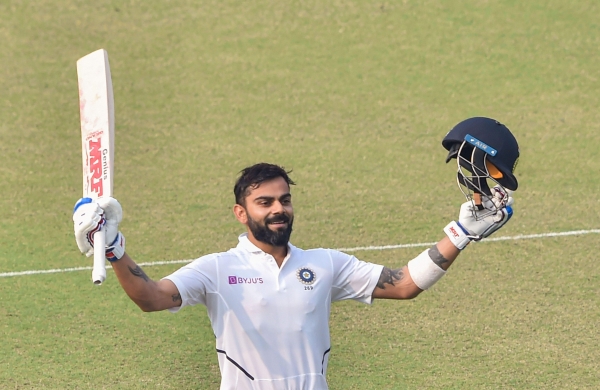 Sydney, Jan 12: India's Virat Kohli and Ajinkya Rahane have each dropped down by a spot to number three and seven respectively while Cheteshwar Pujara has made a jump of two places to occupy the eighth place in the latest ICC Test rankings for batsmen.

Pujara played knocks of 50 and 77 in the drawn third Test against Australia at the Sydney Cricket Ground. Rahane, on the other hand, scored 22 and 4 at the SCG. Kohli, was not part of the India XI as he had returned to India where he welcomed his baby girl with wife Anushka Sharma on Monday afternoon.

Meanwhile, Rishabh Pant's scores of 36 and 97 have also helped him gain 19 places to reach 26th position. Hanuma Vihari and Ravichandran Ashwin too have gained after their fighting knocks, as has Shubman Gill.

Prolific Australian batsman Steve Smith has leapfrogged Kohli to second position after scores of 131 and 81 in the Sydney Test.

New Zealand captain Kane Williamson sits at the top with 919 rating points, the highest-ever attained by a Black Caps batsman.

In the list of bowlers, Ashwin and Jasprit Bumrah have both gone down and currently occupy the ninth and tenth positions respectively. The rankings, currently topped by Pat Cummins, has seen Josh Hazlewood gain three places to reach fifth position with four wickets in the third Test against India.

The fourth and final Test between Australia and India will begin from Friday in Brisbane. 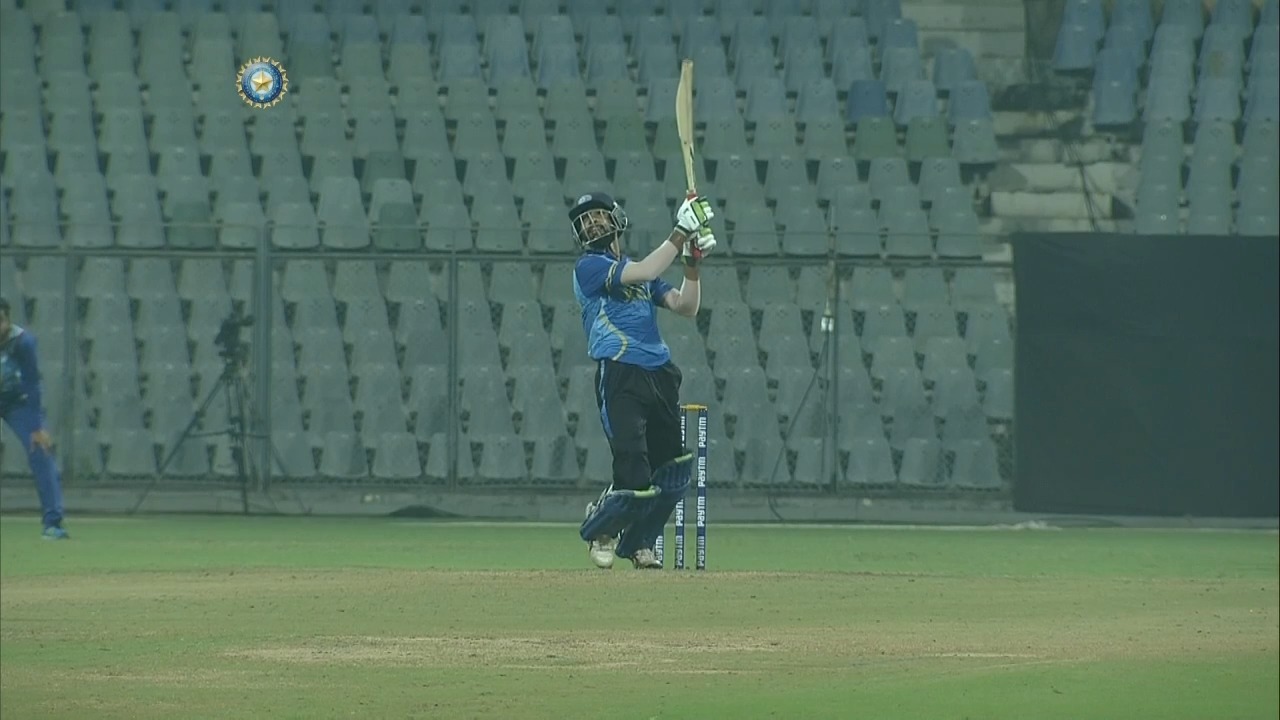 Although Azharuddeen missed by a mere five balls the record of Rishabh Pant, his effort was the joint-third-fastest century by an Indian.

Chasing Mumbai's 196 for seven wickets in 20 overs, Kerala made 201 for the loss of just two wickets in just 15.5 overs and collected four points at the Wankhede Stadium, Mumbai. Thanks to Azharuddeen's 54-ball 137 not out, Kerala posted their highest total of the tournament while chasing a target.

Azharuddeen, 26, who became the first Kerala player to score a century in the tournament, scored the runs at an amazing strike rate of 253.70, thanks to nine boundaries and 11 sixes, as he and guest player Robin Uthappa (33 off 23 balls) added 129 run for the opening wicket. After that partnership, it was smooth sailing for Kerala.

Pant scored his hundred off 32 balls for Delhi against Himachal Pradesh in Delhi in 2018. Rohit Sharma's 35-ball century against Sri Lanka in a T20 International is the second fastest among Indians. Azharuddeen's 37-ball ton equalled Yusuf Pathan's century for Rajasthan Royals against the Mumbai Indians in the 2010 IPL. 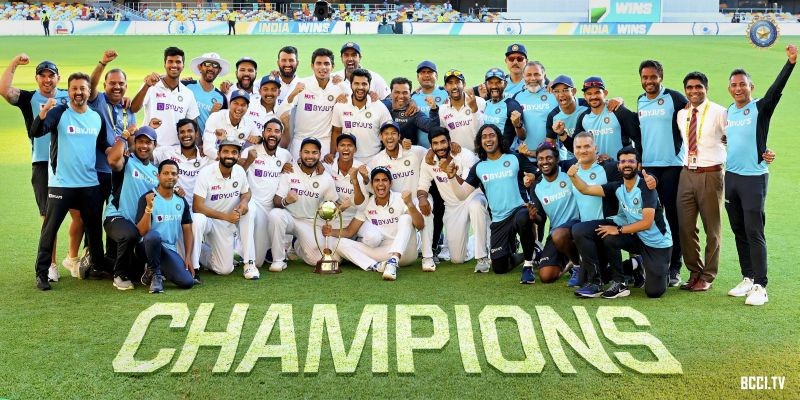 India beat Australia by three wickets against all odds in the final Test of the series at The Gabba on Tuesday to take the series 2-1.

Akram, who is one the best bowlers cricket has ever seen, said he hasn't seen a bold, brave, and boisterous Asian side on a tougher tour of Australia before this achievement.

"Incredible Test & series win for India have not seen a bold, brave and boisterous Asian team on a tougher tour of Australia. No adversity could stop them, frontline players injured, & won after a remarkable turn around from the depths of 36 all out, inspiring for others. kudos India," Akram tweeted.

The last time a visiting team came out triumphant from the Brisbane Cricket Ground was back in November 1988 when the mighty West Indian outfit under the leadership of Viv Richards thrashed Allan Border's team by 9 wickets.

What makes the feat even more commendable is how the Indians fought multiple injuries and mental fatigue - due to the bio-bubble restrictions -- to register a historic win.

In the first Test against Australia, India was bundled out for 36 and there were many pundits who said the visiting team will face a 4-0 drubbing. But proving every critic wrong, the Ajinkya Rahane-led side registered famous victories at Melbourne and Brisbane.

The side also recorded a famous draw at Sydney and at every step of the way, this line-up overcame adversity.
India's memorable win has also ensured they toppled Australia in the ICC Test Team Rankings to claim the second spot. 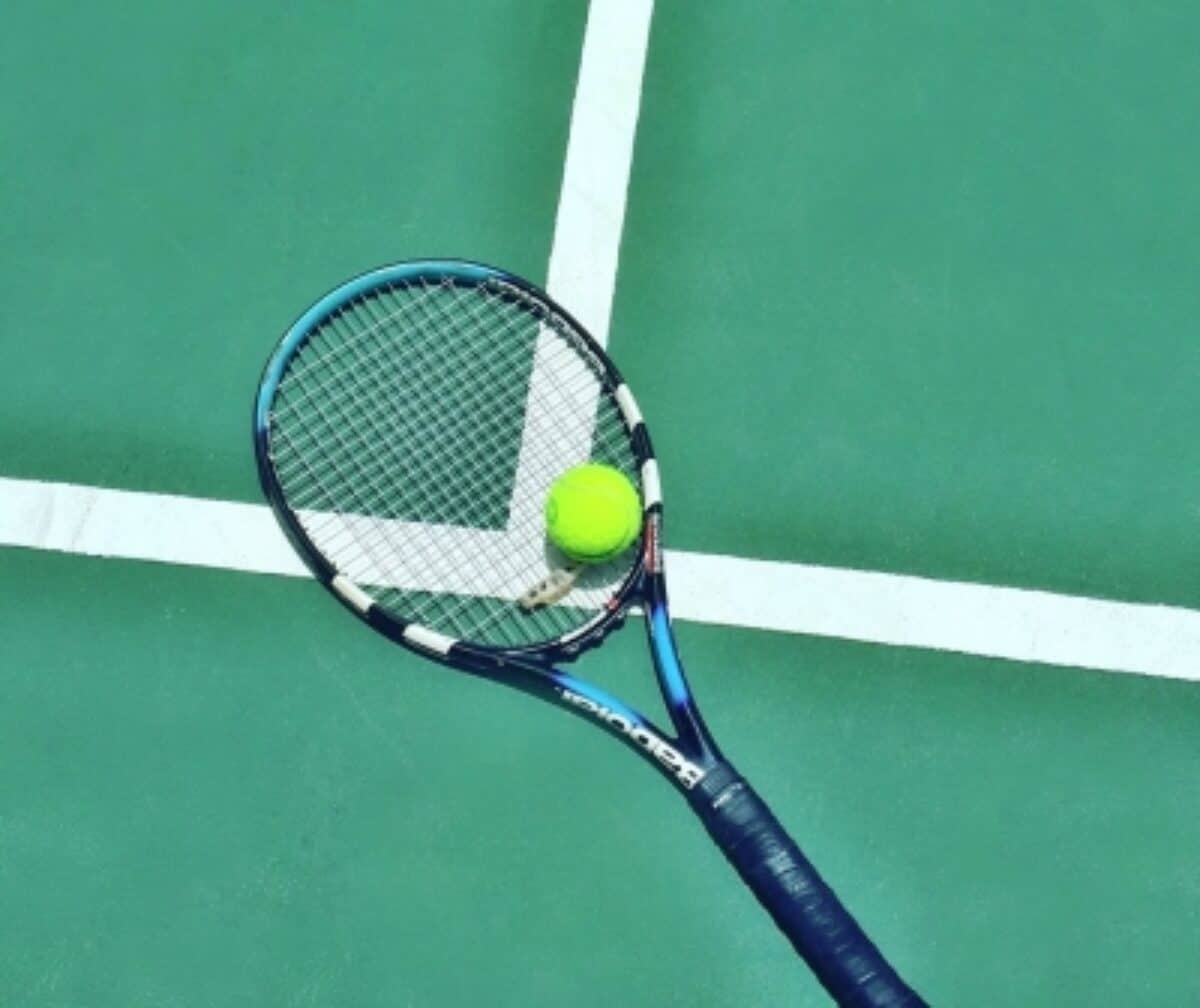 Victoria's Minister for Emergency Services Lisa Neville has clarified the total number of cases linked to the event that weren't considered shedding was seven, none of which were players, reports Xinhua news agency.

Neville explained that one of the players initially reported as positive on Tuesday was in hotel lockdown and was reclassified as a virus shedding case, while the other who tested positive along with a support staff member was also suspected to be a case of virus shedding, which health officials were working to confirm.

Instances of positive cases on three flights arriving in Australia last week led to 72 players being considered close contacts and forced to isolate in their hotel rooms, despite previously being told they would be able to train for five hours per day.

Players continued to voice their discontent on social media, prompting a backlash from Australians, particularly those in Melbourne who endured one of the world's longest lockdowns in the latter months of last year.

However Australian Open tournament director Craig Tiley said most players understood why they had to quarantine and were fully cooperating with authorities.

"I think the majority of the players understand and accept it and it is a minority that are struggling with it... we're going to do whatever we can to make it better for them," Tiley told national broadcaster ABC.

"It's a tightrope that we walk and one of them is we've always said our priority is the safety of the Victorian community and that will not be compromised under any circumstance and I do understand the players."

Following the public response, several big name stars have distanced themselves from previous criticisms of how the situation was being handled, including World No. 13 Roberto Bautista Agut who appeared in an interview comparing the two week quarantine to prison.

After his statements became public, Agut took to social media to apologise for anyone he had offended.

"Both my coach and I are following the protocols designed by the Australian government and Tennis Australia to avoid any risk and guarantee to compete again in a safe way. These are hard times for athletes and society in general," Agut posted on Twitter.

"The management that has been made in Australia to prevent the spread of the virus is admirable."