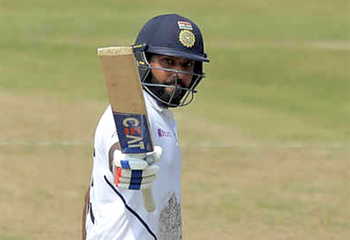 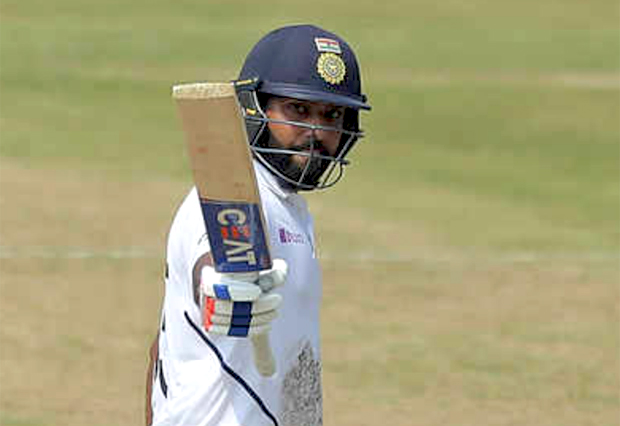 Visakhapatnam, Oct 5: Rohit Sharma on Saturday became the first-ever batsman to score two centuries on debut as a Test opener after he reached the three-figure mark for the second time in the ongoing first Test against South Africa here.

Rohit also became the sixth Indian to score a hundred in both innings a Test.

Vijay Hazare, Sunil Gavaskar (3 times), Rahul Dravid (2 times), Virat Kohli and Ajinkya Rahane have also made centuries in both innings of a Test.

The 32-year-old stylish right-hander also broke the record for most sixes in a Test with 13 hits over the fence, surpassing Pakistan great Wasim Akram who smashed 12 in a game against Zimbabwe in 1996.

Rohit cleared the boundary six times in the first innings, while in the second essay his knock was laced with seven sixes.