New Delhi, Jun 18: Facebook-owned WhatsApp on Tuesday said it has nothing fresh to add to the Indian government's demand to trace the origin of messages on its platform as it "undermined the privacy of the people".

Reacting to an ET story that claimed government officials have asked WhatsApp to digitally fingerprint every message, without breaking its end-to-end encryption, so that the origin of an inauthentic or fake message can be traced, WhatsApp told media: "We have nothing new to add to what we have previously said on this."

The proposed regulations require a company to "enable tracing out of originators of information on its platform as required by legally authorised government agencies".

The end-to-end encryption feature in WhatsApp makes it difficult for law enforcement authorities to find out the culprit behind a misinformation campaign.

The mobile messaging platform has already called the proposed changes "overbroad", saying it undermined the privacy of the people.

"Attributing messages on WhatsApp would undermine the end-to-end encryption, and its private nature, leading to possibilities of being misused. Our focus is to improve WhatsApp, and working closely with others in society to help keep people safe," a company spokesperson had earlier said.

A top company executive in February stressed that some of the proposed government regulations for social media companies operating in India are threatening the very existence of WhatsApp in its current form.

"Of the proposed regulations, the one which concerns us the most is the emphasis on traceability of messages," Carl Woog, WhatsApp's Head of Communications, had told media.

The Facebook-owned messaging app offers end-to-end encryption by default which means only the sender and the recipient can see the texts in circulation - not even WhatsApp.

Without this feature, Woog explained, WhatsApp will be a completely new product.

With over 200 million monthly active users, India is WhatsApp's biggest market in the world. Globally, the platform has over 1.5 billion users. 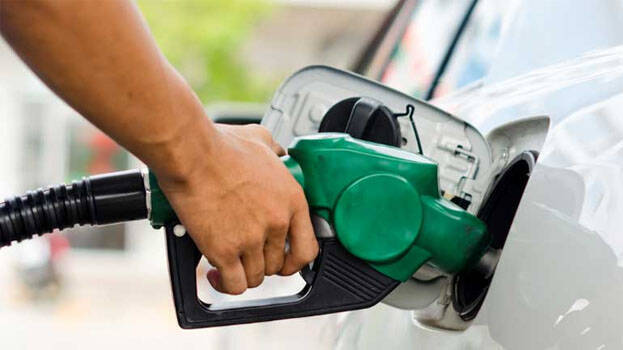 New Delhi, Feb 22: As petrol and diesel prices soar to record high levels, and petrol nearing the Rs 100 mark across metro cities, around 51 per cent Indians are cutting on their other expenses to manage their spending on fuel prices, showed a survey by Local Circles.

Around 21 per cent of the respondents to the survey said that they are "cutting spending on essentials and it is painful" for them. Another 14 per cent are dipping into savings to pay for it.

The survey showed that around 43 per cent of respondents said that their monthly petrol or diesel bills were lower due to limited commute or work from home among other factors. Another 2 per cent reported no spending on the fuels.

On the question of what the respondents want their state governments to do for lowering the fuel prices, 32 per cent said that the government should levy an absolute value of the value added tax (VAT) instead of a percentage of the base price, and 47 per cent said the rate of VAT should be reduced.

There were, however, 8 per cent of consumers who said that the current VAT model is "fine".

The poll showed that 79 per cent of the citizens want their state governments to take action against rising petrol and diesel prices, either by lowering the VAT or levying an absolute value of the tax. Levy of an absolute VAT instead of a percentage VAT on the base price can help keep the prices relatively lower even if base price of petrol and diesel rises in the coming months.

The survey by LocalCircles to understand how Indians are coping with the skyrocketing rise of petrol and diesel prices in the last 12 months received more than 22,000 responses from citizens located in more than 291 districts of the country.

At the National Stock Exchange (NSE), trading in all segments remained halted for several hours due to a technical problem. As a result, trading at both the stock exchanges was extended.

Except for Nifty IT, which slipped marginally, all sectoral indices were in the green zone with Nifty private bank gaining by 3.8 per cent, financial services by 3.4 per cent and PSU bank by 2.8 per cent.

State Bank of India ticked up by 3 per cent and Bajaj Finance by 3.3 per cent. Coal India gained by 5.2 per cent to Rs 144.10 per share while infrastructure major Larsen & Toubro gained by 2.5 per cent.

The other major gainers were HDFC and UltraTech Cement. However, those which lost were UPL, Dr Reddy's, Sun Pharma, Cipla, JSW Steel, Tata Motors and Asian Paints.

South Korea's Kospi shed 2.45 per cent on valuation nerves while Japan's Nikkei 225 was down by 1.61 per cent on profit booking in tech shares.

Hong Kong shares slumped by 2.99 per cent, the most in nine months, on stamp duty hike.

New Delhi, Mar 2: Bharti Airtel on Tuesday said that it has acquired 355.45 MHz spectrum across Sub GHz, mid band and 2m300 MHz bands for a total consideration of Rs 18,699 crore in the latest spectrum auction conducted by the Department of Telecommunications (DoT).

A company statement said the the acquisition give Airtel the most formidable spectrum holdings in the country.

"Airtel has now secured pan-India footprint of Sub GHz spectrum that will help improve its deep indoor and in building coverage in every urban town," it said.

In addition, this spectrum will also help improve its coverage in villages by offering the superior Airtel experience to an additional 90 million customers in India, it added.

Through this auction, Airtel has also strengthened its mid band and capacity spectrum holdings that will help it provide an exceptional customer experience at marginal capex. All the spectrum will enable Airtel to deliver 5G services in future.

Gopal Vittal, MD & CEO (India & South Asia), Bharti Airtel said: "Airtel now has a solid spectrum portfolio that will enable it to continue delivering the best mobile broadband experience in India. We are most excited at bringing the power of Airtel services to an additional 90 million customers in India through the power of our Pan India Sub GHz footprint."

The company added that despite the large amount of spectrum made available, the 700 MHz band did not get any bid from the operators as it made no economic case for them based on the high reserve prices.

The 700 MHz band coupled with the 3.5 GHz band has the potential to accelerate India's progress to the top league of digitally enabled nations. Therefore, the reserve pricing of these bands must be addressed on priority in future.

This will help the nation to benefit from the digital dividend that will inevitably arise out of this, the telco said.