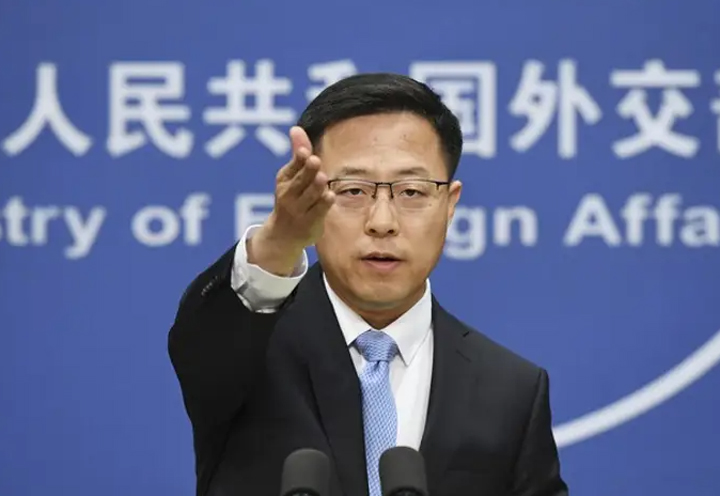 India on Tuesday blocked 43 more Chinese mobile apps, including Alibaba Group Holding's e-commerce app AliExpress, in a fresh wave of web sanctions amid its border standoff with China. The banned applications, which include a few dating apps, were a threat to the "sovereignty and integrity of India", an official statement said in New Delhi.

The Ministry of Electronics and IT issued the order for blocking the access of these apps by users in India based on the comprehensive reports received from Indian Cyber Crime Coordination Center, Ministry of Home Affairs, the release said. Earlier on June 29 this year, the government had blocked access to 59 mobile apps and on September 2, another 118 apps were banned under Section 69A of the Information Technology Act.

The ban had come in the backdrop of border tensions with China in eastern Ladakh since May.

“Since June this year four times India has imposed restrictions on smart phone apps that have Chinese backgrounds under the pretext of national security,” he said.

“Following the market principles, the Indian government has the responsibility to protect their lawful rights and interests of international investors, including Chinese companies”, he said.

He said the nature of China India economic and trade cooperation is mutually beneficial.

"We urge the Indian side to immediately correct its discriminatory behaviour and avoid further damage to bilateral cooperation,” he said. 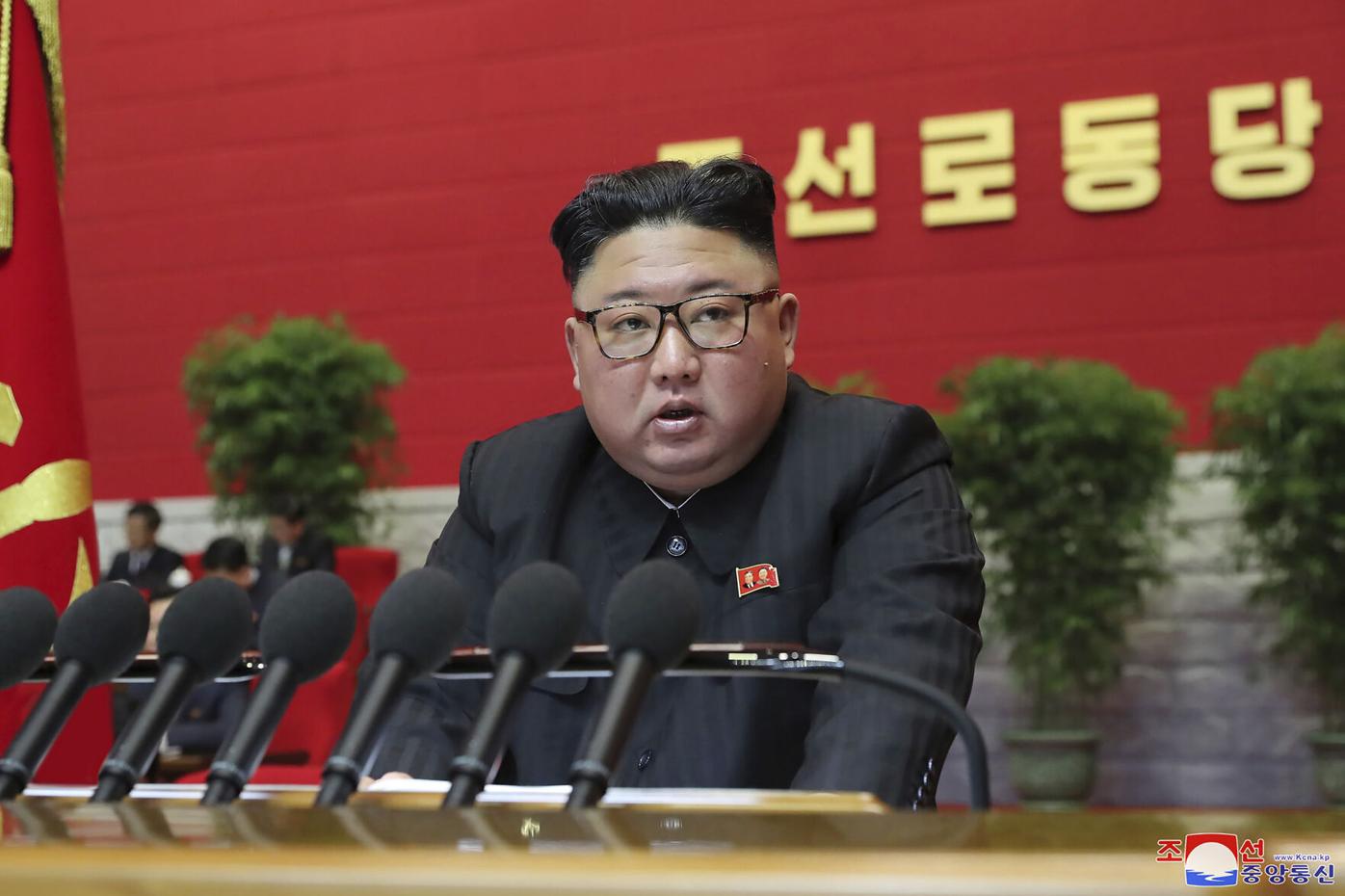 Seoul, Jan 9: North Korean leader Kim Jong-un has called the United States the "biggest enemy" of his country and vowed to advance the nuclear arsenal of his country unless the US ended what he called its "hostility" to his regime, reported state media.

"Washington's policy against Pyongyang won't change regardless of who is in the White House, adding that an end to its hostile stance will be the key to future relations between the two countries," Korean Central News Agency (KCNA) reported Kim on Friday speaking at the eighth congress of the ruling Workers' Party.

Kim, who had previously avoided using any provocative words and stayed mum on Joe Biden's victory, on Friday made the first reference to the transition of power in Washington since Biden's election as US president in November.

It came days before Biden's inauguration on January 20, which experts see as aimed at pressuring the incoming administration in Washington, reported Yonhap.

"Our external political activities going forward should be focused on suppressing and subduing the US, the basic obstacle, the biggest enemy against our revolutionary development," KCNA said.

Kim has held three meetings with US President Donald Trump, but denuclearization talks between US and North Korea have made little progress since the no-deal summit between the two leaders in Hanoi in 2019. After this summit, North Korea carried out several short-range missiles and other weapons tests.

In October last year, North Korea displayed what was believed to be a new intercontinental ballistic missile on the ruling party's 75th anniversary.

Meanwhile, Biden earlier said that he would not meet the North Korean leader without preconditions, vowing to pursue 'principled' diplomacy on Pyongyang. He has called Kim a 'thug' and 'dictator', denouncing Trump for giving legitimacy to Kim through summits, reported KCNA.

Referring to the summits with Trump, Kim said the US hostile policy has worsened despite the North's "efforts" and "maximum patience" to reduce tensions in the region.

"The reality shows that we need to strengthen the national defense capabilities without a moment of hesitation to deter the United States' nuclear threats and to bring peace and prosperity on the Korean Peninsula," KCNA quoted Kim as saying at the party's congress.

Washington has yet to respond to the North's announcement, reported Yonhap.

Meanwhile, during the congress, Kim also unveiled a new economic development plan for the next five years, which centers around self-reliance and self-sufficiency.

The congress which began on Tuesday and is the first in nearly five years was called in the backdrop of continuing calamity, back-to-back typhoons in the summer, a protracted border closure due to the coronavirus pandemic, and global sanctions on its economy.

The previous congress was held in 2016 for four days. 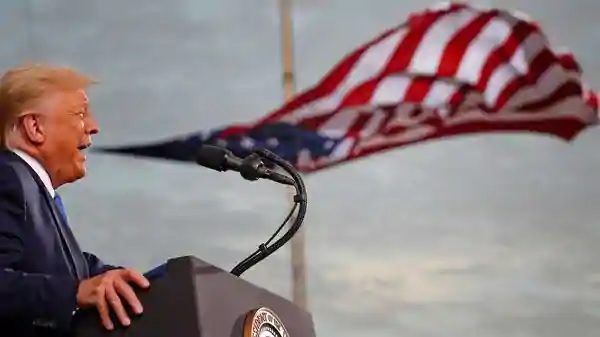 New York, Jan 6: US President Donald Trump and his supporters prepared to make one final, already doomed effort on Wednesday to overturn Joe Biden's election when Congress will put its seal on his victory in the November election.

Members of both the Senate and the House of Representatives will meet in a joint session presided over by Vice President Mike Pence to count and certify the electoral college votes, while Trump's supporters and opponents faceoff elsewhere in Washington.

Trump was expected to speak to his supporters in a highly irregular and potentially incendiary move.

Claiming that there was widespread fraud, Trump and his staunchest supporters have refused to accept the result of the November 3 election and the verdict of the electoral college that voted Biden as president and Kamala Harris as vice president on December 14.

More than 50 legal challenges by them in courts at various levels have failed.

While the constitutionally-required joint sessions have been mostly routine affairs, this time a small group of Republicans led by Senator Ted Cruz have announced that they will challenge the decision of the electoral college during the joint session.

The move by Trump's Congressional supporters will split his Republican Party because most of its leaders like Mitch McConnel, who heads the party in the Senate, are against what will ultimately be a symbolic resistance.

McConnell has already acknowledged Biden's election saying last month, "Our country has, officially, a president-elect and a vice-president-elect. I want to congratulate President-Elect Joe Biden."

Even Pence has reportedly turned down Trump's public requests to reject the electoral college's election of Biden and his running mate Kamala Harris.

Trump tweeted on Tuesday that "the Vice President has the power to reject fraudulently chosen electors," although in reality he is not legally empowered to do so.

Earlier on Monday, he told a rally in Georgia state, "I hope that our great vice president... comes through for us."

In what sounded like a warning, he added, "Of course, if he doesn't come through, I won't like him quite as much."

Pence met Trump on Tuesday, but several media reports quoting anonymous sources said to be close to him reported that he would follow the constitution and not interfere with the election.

The US presidential elections are conducted indirectly with the voters electing members of the electoral college who would vote for president.

Trump won the 2016 election by getting a majority in the electoral college, where the votes allocated to proportionately to states, despite Hillary Clinton getting more popular votes.

When Trump's supporters challenge the electoral college votes, the Senate and the House will go into separate sessions to hear the objections and vote on them before reconvening jointly.

The effort is certain to fail because Democrats have a majority in the House and in the Senate, where the Republicans have a lead now, most members of the party have opposed the challenge.

Trump's supporters plan to challenge the votes of electors from states like Pennsylvania, where Trump has alleged there was massive fraud -- a claim not sustained by courts.

Democrats and Republicans opposed to Trump see the challenge to the electoral college verdict as a threat to democracy itself asserting that it would contribute to delegitimising the election process.

A bipartisan group of ten senators, including four Republicans said that "further attempts to cast doubt on the legitimacy of the 2020 Presidential election" will "only serve to undermine Americans' confidence in the already determined election results."

While Trump and many of his supporters probably realise their efforts are futile, for them it is a payback to the Democrats who tried to deligitimise Trump's election by claiming that he collaborated with the Russians to get elected -- a claim disproved by a commission of inquiry.

When Trump's election had to be certified in 2017 by Congress, some Democrats objected initially but did not persist in their opposition and the joint session presided by then-Vice President Biden endorsed Trump's victory.

Two Democrats objected to Republican George W. Bush's re-election by the electoral college in 2005 forcing the Senate and House to meet separately to vote down the objection and endorse his election at the resumed joint session. 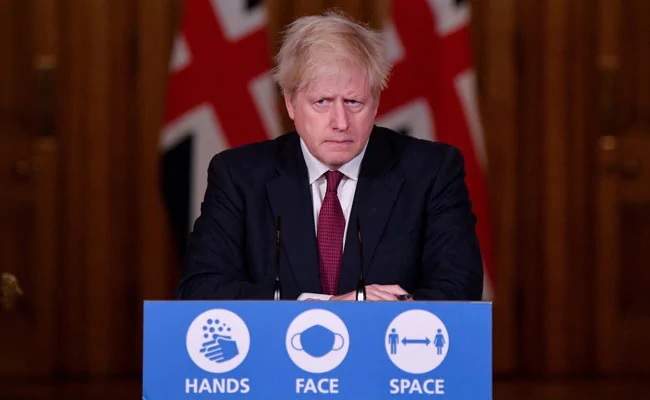 London, Jan 5: British Prime Minister Boris Johnson on Tuesday spoke to Prime Minister Narendra Modi to express his regret over not being able to visit India as planned for Republic Day on January 26 due to the growing crisis created by the new variant of coronavirus.

His call with Modi came a day after he addressed Britain in a televised address to plunge the country into a new stay-at-home lockdown as his medical chiefs warned that the National Health Service (NHS) was under threat of being overwhelmed by the rising infection rates.

Johnson has indicated that his India visit would take place during the first half of this year and before the G7 summit presided over by the UK, planned for later this year.

"The Prime Minister spoke to Prime Minister Modi this morning, to express his regret that he will be unable to visit India later this month as planned," a Downing Street spokesperson said.

"In light of the national lockdown announced last night, and the speed at which the new coronavirus variant is spreading, the Prime Minister said that it was important for him to remain in the UK so he can focus on the domestic response to the virus,” the spokesperson said.

The two leaders underlined their "shared commitment" to the bilateral relationship, and to continuing to build on the close collaboration between our countries – including in response to the pandemic.

“The Prime Minister said that he hopes to be able to visit India in the first half of 2021, and ahead of the UK's G7 Summit that Prime Minister Modi is due to attend as a guest,” the spokesperson said.