Worldwide deaths related to Covid-19 surpassed 5 million on Friday, according to a Reuters tally, as the Delta variant causes a surge in fatalities, mainly among the unvaccinated.

The variant has exposed the wide disparities in vaccination rates between rich and poor nations, and the upshot of vaccine hesitancy in some western nations.

More than half of the world has yet to receive at least one dose of a Covid-19 vaccine, according to Our World in Data.

It took almost over a year for the Covid-19 death toll to hit 2.5 million, while the next 2.5 million deaths were recorded in 236 days, according to a Reuters analysis. More than half of all global deaths reported on a seven-day average were in the United States, Russia, Brazil, Mexico and India.

Globally an average of 8,000 deaths was reported daily over the last week, accounting for five deaths every minute.

There has been increasing focus in recent days on getting vaccines to poorer nations, where many people are yet to receive the first dose, even as their richer counterparts have begun giving booster shots.

The World Health Organization this week said that its COVAX distribution programme would, for the first time, distribute shots only to countries with the lowest levels of coverage.

Co-led by the WHO, COVAX has since January largely allocated doses proportionally among its 140-plus beneficiary states according to population size.

"For the October supply we designed a different methodology, only covering participants with low sources of supply," Mariangela Simao, WHO Assistant Director-General for Access to Vaccines, said in a recording of a conference presentation last week posted on the WHO's website.

The United States, which has been battling vaccine misinformation that has caused about one-third of the population to avoid inoculations, surpassed 700,000 deaths on Friday, the highest toll of any country.

US cases and hospitalisations have been trending lower, but health officials are bracing for a possible resurgence as cooler weather forces more activities indoors.

Russia reported 887 coronavirus-related deaths on Friday, the largest single-day death toll it has recorded since the pandemic began and the fourth day in a row it has set that record. Only 33% of Russia's eligible population has received a first vaccine dose.

As a region, South America has the highest death toll in the world accounting for 21% of all reported deaths, followed by North America and Eastern Europe contributing more than 14% of all fatalities each, according to Reuters analysis.

However, India, one of the first countries ravaged by the Delta variant, has gone from an average of 4,000 deaths a day to less than 300 as its vaccination campaign is rolled out.

About 47% of India's eligible population has received the first shot, with officials administering around 7,896,950 doses per day over the past week, a Reuters analysis of Our World in Data showed.

The Delta variant is now the dominant strain around the globe and has been reported in 187 out of 194 World Health Organization member countries. 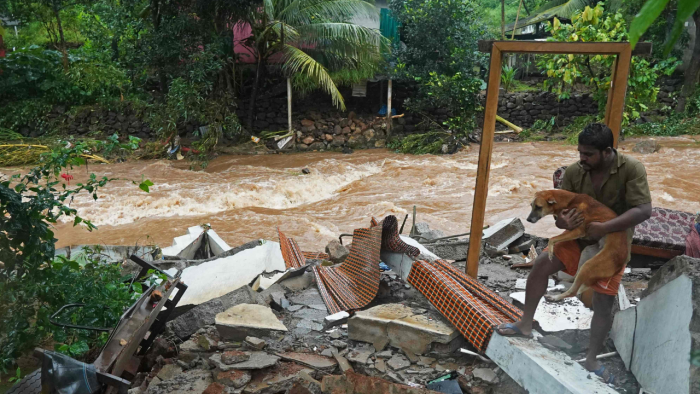 An elderly woman could be seen running from one person to another screaming through the rain swept roads in this high range hamlet, located at the foothills of Western Ghats mountain ranges, on Sunday morning. "I have lost everything...everything in my life...where should I go?...who will give me a shelter?" the woman, clad in a tattered saree, asked aloud crying and running here and there.

The unexpected torrential rain, which pounded the village on Saturday, washed away every penny of her life time earnings and made her homeless all of a sudden.

At least 15 people have been killed in Kerala as heavy rain triggered landslides in Idukki and Kottayam districts. Lord Ayyappa devotees have been asked to avoid visiting Sabarimala Temple today and tomorrow. The rescue ops are underway.

"I begged our Chief Minister Pinarayi Vijayan sir to give me two cents of land to construct a 'koora' (hut). I have nowhere to go. My daughters' houses are also submerged. Now I am going to the church to see whether I will get a place there," she told the journalists gathered at the place.

It was the story of many hapless families in Koottickal, located in Kottayam district of Kerala which suffered severe destruction and human casualty due to a series of landslips triggered by heavy rains yesterday.

When the extreme rains showed a slight dip this morning, a large number of people in this village could be seen as displaced and became the inmates of the rehabilitation campus. Many elderly villagers said it was for the first time in their decades-old life that they were seeing and experiencing such severe rainfall. A local shop owner here pointed to his new car, which can be seen as destroyed and partially hanging with its back wheels stuck on a broken wall in his house compound.

"It was my new car parked in front of the house. I was not at home when the flood water suddenly gushed inside the house compound Saturday afternoon. My wife and children somehow managed to run to the neighbour's house," the middle-aged man said. He turned a bit emotional showing the 'mundu' (dhoti) which he was wearing, saying that it was borrowed from the neighbour. Only life was saved and everything else was lost, he said adding that not even in the 2018 floods had he faced such a terrible situation.

The situation was not different in Kokkayar, a hilly hamlet in Idukki district as well, which also witnessed a series of landslips and human casualties on Saturday in incessant rains. A shocked Rajamma, a woman villager, was yet to believe that a four-member family including children, who were seen engaged in some construction activities near her home on the foothills of the hill, swept away by floodwaters in front of her eyes.

The elderly woman said she advised the family to move away from the place when water was seen coming down from the hilltops on a small scale. "But, they continued their work. Suddenly a portion of the hill, where they were standing, caved in... huge boulders started rolling down accompanied by a massive flood of water... I do not remember anything else," the teary-eyed woman said.

George, a middle-aged man engaged in rescue operations, said it was everything fine and calm in the village till 11 PM on Saturday. "But, the situation worsened after that. Around 10 big bridges and the same number of wooden bridges were washed away and the village became isolated soon," he added.

The Army, NDRF, police and the Fire Force along with the locals began rescue operations on Sunday morning at Koottickal and Kokkayar panchayats where over a dozen people are listed to be missing due to numerous landslides accompanied by heavy downpour since Saturday.

Mangaluru: Two killed as motorbike crashes into road median while returning from temple

The victims have been identified as K Prajith (23) and Krishna Prasad (25), both residents of Kumble in Kasaragod district.

It is learnt that they were on their way home after paying a visit to Gokarnanatheshwara Temple in Kudroli Mangaluru.

While reaching K.C. Road, the rider lost control over the two-wheeler and crashed into the divider.

A case has been registered at jurisdictional police station and investigations are on. 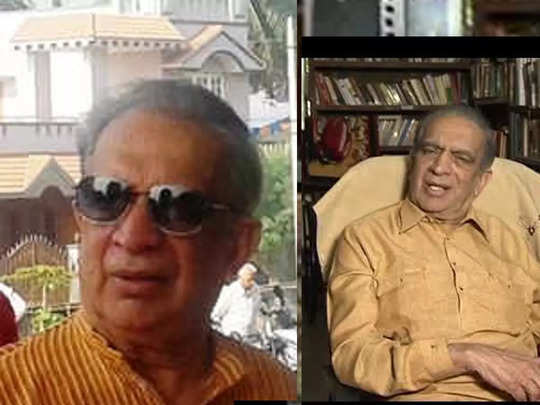 Bengaluru, Oct 15: Veteran Kannada actor and performer Professor G K Govinda Rao passed away due to age-related illness in Hubballi at 4.45 am on Friday.

He opposed superstitions practiced in society like Made Made Snana and gave lectures to create awareness against prevailing superstitions.

Chief Minister Basavaraj Bommai condoled the death of the actor, saying that with his death, "the country has lost a great thinker".