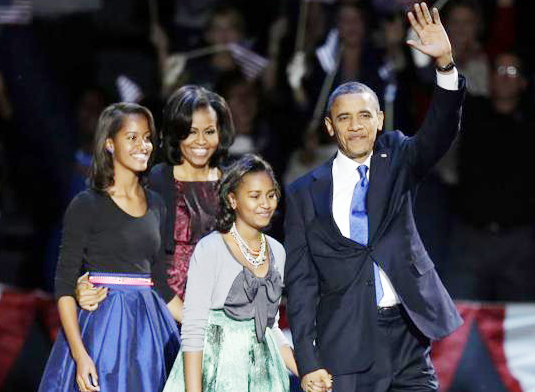 Washington, November 7: Barack Obama captured a second White House term, blunting a mighty challenge by Republican Mitt Romney as Americans voted for a leader they knew over a wealthy businessman they did not.

Mr. Obama, America's first African-American President, easily captured far more than the 270 electoral votes needed for victory and further cemented his place in American history on Tuesday with a victory, despite having led the country through its most difficult economic times since the Great Depression in the 1930s, a time of stubbornly high unemployment and anxiety about the future.

Mr. Obama told a rally of cheering supporters that the election “reminded us that while our road has been hard, while our journey has been long, we have picked ourselves up, we have fought our way back. For the United States, “the best is yet to come,” he said.

Mr. Romney said he had called Mr. Obama to concede, and in an appearance before supporters in Boston he congratulated the president saying, “I pray that he will be successful in guiding our nation.”

Both Mr. Romney and Mr. Obama spoke of the need for unity and healing the nation's partisan divide. But the election did nothing to end America's divided government. The Democrats retained their narrow majority in the Senate, while the Republicans kept control of the House of Representatives.

That means Mr. Obama's agenda will be largely in the hands of House Speaker John Boehner, the president's partner in unsuccessful deficit talks.

Mr. Obama's narrow lead in the popular vote will make it difficult for him to claim a sweeping mandate. With returns from 79 per cent of the nation's precincts, Mr. Obama had 52.2 million, 49.5 per cent. Mr. Romney had 51.7 million, 49 per cent.

But Mr. Obama did have a sizeable victory where it mattered, in the competition for electoral votes. He had at least 303 votes to Mr. Romney's 206.

The President is chosen in a State-by-State tally of electors, not according to the nationwide popular vote, making such “battleground” states which vote neither Republican nor Democrat on a consistent basis particularly important in such a tight race.

The election emerged as a choice between two very different visions of government whether it occupies a major, front-row place in American lives or is in the background as a less-obtrusive facilitator for private enterprise and entrepreneurship.

The economy was rated the top issue by about 60 per cent of voters surveyed as they left polling places. But more said former President George W. Bush bore responsibility for current circumstances than Obama did after nearly four years in office.

About 4 in 10 said the economy is on the mend, but more than that said it was stagnant or getting worse more than four years after the near-collapse of 2008. The survey was conducted for The Associated Press and a group of television networks.

Polls were still open in much of the country as the two rivals began claiming the spoils of a brawl of an election in a year in which the struggling economy put a crimp in the middle class dreams of millions.

While Mr. Obama spent the final day of his final campaign in Chicago, Mr. Romney raced to Ohio and Pennsylvania for Election Day campaigning and projected confidence as he flew home to Massachusetts. “We fought to the very end, and I think that's why we'll be successful,” he said, adding that he had finished writing a speech anticipating victory but nothing if the election went to his rival.

But the mood soured among the Republican high command as the votes came in and Mr. Obama ground out a lead in critical States. 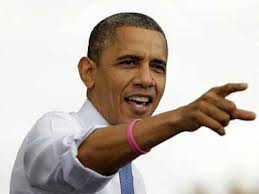 Washington, November 7: President Barack Obama won re-election on Tuesday night despite a fierce challenge from Republican Mitt Romney as well as the weak economy and high unemployment that encumbered his first term and crimped the middle class dreams of millions.

The President sealed his victory in Ohio, Iowa, New Hampshire and Colorado, four of the nine battleground States where the two rivals and their allies spent nearly $1 billion on dueling television commercials.

“This happened because of you. Thank you,” Mr. Obama tweeted to supporters as he secured four more years in the White House.

Ultimately, the result of the brawl of an election campaign appeared likely to be the political status quo. Democrats won two more years of control of the Senate, and Republicans were on track to do likewise in the House.

Mr. Romney was in Massachusetts, his long and grueling bid for the presidency at an unsuccessful end.

The 51-year-old first African-American President was projected by television channel CNN as having won the second term with 274 electoral votes after exit polls gave him California in west coast which has 55 electoral votes.

It projected Mr. Romney has having secured 201 votes in an electoral college of 535 votes. The winner has to garner at least 270 votes.

Till California was called, Mr. Romney had a comfortable lead over the President with another crucial state Florida saw a tight race between the two with a slight edge for Obama. Florida has 29 electoral votes.

CNN projected that Pennsylvania with 20 electoral votes would go to Obama, while it predicted that Republicans will keep control of the US House of Representatives.

CNN also projected that the powerful U.S. Senate will still be controlled by the Democrats.

Moments after network predicted his victory, Mr. Obama went online to thank voters for giving him a second term.

“This happened because of you. Thank you. Four more years,” Mr. Obama tweeted on his official account.

As television networks projected that Obama was on the road to victory once again, his supporters flooded the campaign headquarters in Chicago, the hometown of the President. Celebrations erupted as Democrats raised slogans and reveled in victory.

Hundreds and thousands of supporters of Mr. Obama across the country from his home town Chicago to Times Square in New York erupted in celebrations.

Official results are yet to be declared and Romney is also yet to concede defeat. 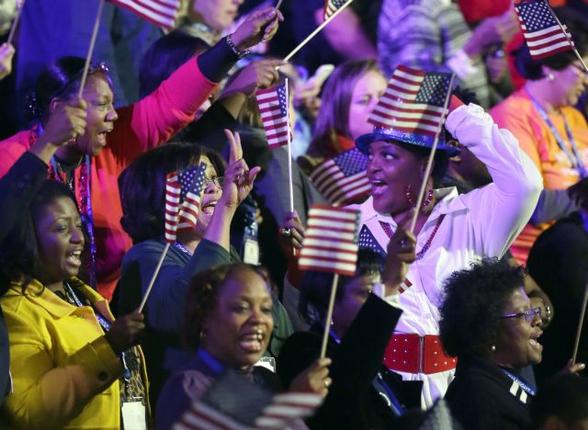