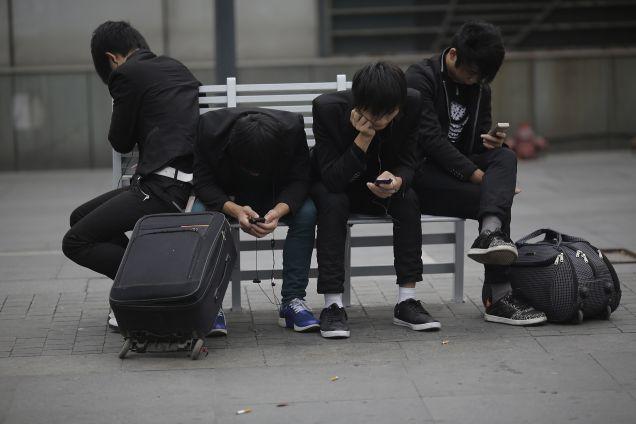 Beijing, November 13: Top Communist Party of China (CPC) officials on Monday pledged to expand the construction of low-income housing and to provide more support to a job market facing pressures from a continuing slowdown, amid growing public concerns about widening social inequality in the country.

As the Party prepares for leadership change, how it grapples with surging real estate prices, shutting out an increasing number of Chinese from buying homes; and how it will ensure employment for the millions of graduates and migrant workers flooding cities every year, are among its most pressing challenges, say officials and scholars.

Jiang Weixin, who heads the Ministry of Housing and Urban-rural Development, told reporters on Monday at a briefing along the sidelines of the 18th National Congress, which will conclude on Wednesday, that the government plans to build at least five million units of homes next year, following the construction of more than seven million units this past year.

Mr. Jiang acknowledged the problems affecting the provision of housing, starting with widespread complaints about a lack of transparency in the allocation of low-income homes. China plans to build 36 million units under the correct Five-Year Plan (2011-15). In the first year of the plan, the government built 10 million units at a cost of around $ 200 billion.

Rising real estate prices, coupled with problems in the provision of homes, have fuelled anger about the housing sector in recent months. According to China Development Research Foundation report, an official think-tank, local governments were shirking their responsibilities of building low-income housing projects. Instead, they were pursuing more lucrative luxury projects. Recent audits conducted by the central government found that close to three billion Yuan allocated for low-income housing developments had been diverted for other projects.

According to October's figures, housing sales rose 5.6 per cent after 10 months of this year to 4.63 trillion Yuan ($ 735 billion). Property investment accounts for 13% of China's gross domestic output and one-fifth of fixed asset investment, presenting the government with a tough balancing act while introducing cooling measures.

Separately on Monday, a CPC official in charge of employment, Yang Zhiming, warned that the job market in China was “feeling the pressure from the country's economic downshift”. “The impact of economic slowdown on the job market is starting to emerge”, Mr. Yang, who is also the Vice Minister of Human Resources and Social Security, told reporters. He said the growth of newly added jobs had been narrowing since April, exerting pressure on the job market with seven million college graduates estimated to have entered the job market this year. “China will continue to face the problem of labour oversupply for a long time,” he said, with urban employment at 4.1 per cent, below the government's 4.6 per cent target limit. The government, he added, would take steps to “boost labour-intensive industries” and “strategic emerging industries” to accelerate job growth, and would also encourage students to work in less developed central and western China.