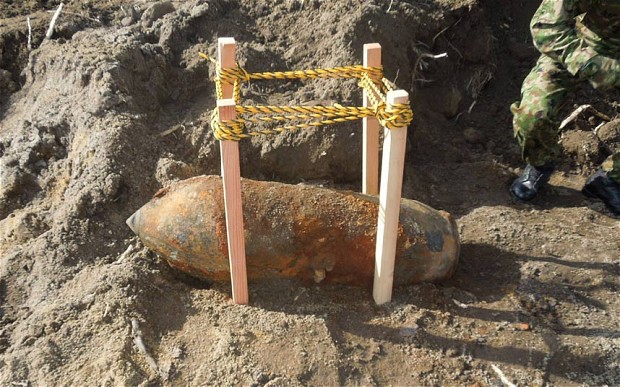 Tokyo, November 14: A military squad has safely removed a 250-kilogram World War II bomb found two weeks ago near the runway of a major airport in northern Japan.

The team defused the rusty bomb today and then transported it away from Sendai Airport. More than 30 flights were cancelled while they worked.

Sendai Airport was heavily damaged by last year's tsunami and the bomb was uncovered in construction related to its restoration. The airport was immediately closed, but troops piled hundreds of sandbags around the bomb so that flights could resume the next day.

The airport was closed again today morning as the bomb was removed.

The US heavily bombed Japanese cities during World War II, and finding unexploded bombs is not unusual, even 67 years after Japan's surrender