UK man cures his diabetes in 11 days with 'starvation diet' 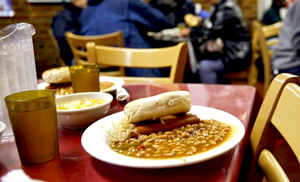 London, Aug 8: A 59-year-old UK man claims that he has cured his diabetes in just 11 days after following a miracle 'starvation' diet developed by scientists from a British university.

Richard Doughty, from London, was shocked when a routine health check revealed he had Type 2 diabetes.

"I was stunned. I have always been a healthy weight, 5ft 7in and 10st 7lb. I had no family history of diabetes, ate a healthy diet, never smoked and I did not have a sweet tooth," Doughty said.

While researching on the internet, he found Newcastle University scientists had devised a low-calorie diet said to reverse diabetes in eight weeks.

It involved eating 800 calories a day – a man's recommended intake is 2,500, the 'Daily Express' reported.

This was made up of 600 calories from meal replacement shakes and soups and 200 calories from green vegetables, plus three litres of water a day. The diet was devised by Roy Taylor, professor of medicine and metabolism at Newcastle.

The diet is based on the fact that Type 2 diabetes is often caused by fat clogging up the liver and pancreas, which are crucial in producing insulin and controlling blood sugar.

Taylor's studies found that drastic dieting causes the body to go into starvation mode and burn fat stores for energy – and the fat around the organs seems to be targeted first.

This leads to the liver and pancreas becoming unclogged and insulin and blood sugar levels returning to normal.

With the consent of his general practitioner (GP), Doughty followed the diet, setting a target weight of 8 stones and 12 pounds.

"I stuck to the diet for 11 days and reduced my blood sugar to a healthy non-diabetic level. It has remained that way for the past year and I have kept to just under 9 stones," Doughty said.

UK man cures his diabetes in 11 days with 'starvation diet'