Australia to lock down 300,000 in Melbourne suburbs after coronavirus spike

US Senate closing in on deal to reopen government

Washington, Oct 15: Senate leaders were nearing a deal on Tuesday in talks to reopen the US government and prevent a default on American debt that economists say could tip the global economy back into recession. 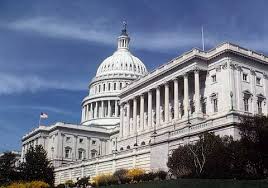 But an agreement in the Senate would only move the country halfway toward solving a bitter fight between Republicans and President Barack Obama's Democrats over government spending. Many conservatives in the House of Representatives were standing fast against the plan that would fund the government through January 15 and allow the treasury to borrow money to pay US bills until February.

With just two days left before the treasury department says it will run out of borrowing capacity, congressional aides predicted Senate majority leader Harry Reid and Republican leader Mitch McConnell could seal an agreement by midday, easing dual crises that have sapped confidence in the world's dominant economy and badly shaken support for Republicans. Both House and Senate Republican leaders scheduled private meetings with their rank-and-file Tuesday.

Obama telephoned McConnell on Monday to talk about the emerging deal, a McConnell aide said. Congressional leaders had been scheduled to meet with Obama at the White House on Monday, but the meeting was postponed to allow more time for negotiations.

With Republican poll numbers plummeting and Americans growing weary of a shutdown entering its third week, Senate Republicans in particular were eager to end the partial government shutdown, and avoid an even greater crisis if the government were to default later this month.

The US stock market turned positive on Monday on the bullish predictions about the outcome of the Senate negotiations. Stocks in Asia and Europe were tracking upward Tuesday.

The partial government shutdown, which has furloughed 350,000 federal workers, began on October 1 after Congress failed to pass a bill to temporarily funding the government. Separately, if Congress doesn't approve a measure increasing the amount of money the government is allowed to borrow, the Obama administration says it will not be able to pay America's bills on time, risking a default that analysts say could prove catastrophic for the economy. Both legislative measures are normally routine.

The plan under consideration by Reid and McConnell is far from the assault on Obama's signature health care reform law that conservative tea-party Republicans originally demanded as a condition for a short-term funding bill to keep the government fully operational. It also lacks the budget cuts demanded by Republicans in exchange for increasing the government's $16.7 trillion borrowing limit.

Instead, it appeared likely to tighten income verification requirements for individuals who qualify for federal subsidies under the health care law and may repeal a $63 fee that companies must pay for each person they cover beginning in 2014.

Any legislation backed by both Reid and McConnell can be expected to sail through the Senate, though any individual senator could delay it.

It's a different story in the Republican-controlled House of Representatives, where conservative backing is proving hard to find. That means House Speaker John Boehner could be forced into the awkward and risky position of allowing a vote that would rely heavily on minority Democrats for passage.

Republican Rep. Joe Barton signaled that conservative members of the House were deeply skeptical. He said plan to end the crisis must have deep spending cuts to win his vote and that he thought Obama and Treasury Secretary Jacob Lew had more flexibility than they had said publicly.

"No deal is better than a bad deal,'' Barton said.

Asked whether the emerging package contained any victories for Republicans, Rep. James Lankford, a member of the House Republican leadership, said, "Not that I've seen so far, no.''

As the Senate opened for business Monday, Reid said he was "very optimistic we will reach an agreement this week that's reasonable in nature.''

"We have had an opportunity over the last couple of days to have some very constructive exchanges of views about how to move forward,'' McConnell said. ``Those discussions continue, and I share (the) optimism that we're going to get a result that will be acceptable to both sides.''

In addition to approving legislation to fund the government until late this year and avert a possible debt crisis later this week or month, the potential pact would set up broader budget negotiations between the Republican-controlled House and Democratic-led Senate with one goal being to ease automatic spending cuts that began in March and could deepen in January, when about $20 billion in further cuts are set to slam the defense department.

Democrats were standing against a Republican-backed proposal to suspend a medical device tax that was enacted to help fund the health care law.

Democrats also want to preserve the treasury department's ability to use extraordinary accounting measures to buy additional time after the government reaches any extended debt ceiling. Such measures have permitted treasury to avert a default for almost five months since the government officially hit the debt limit in mid-May, but wouldn't provide that much time next year, experts said.

US Senate closing in on deal to reopen government