Uncertainty looms large over end to US crisis 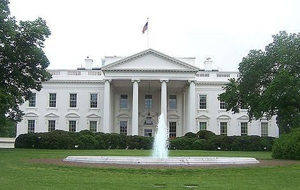 Washington, Oct 16: The US is appearing to be headed towards a financial default, which economist warned will have cascading impact on the global economy, as the Congress failed to make a headway in impasse over raising the country's debt ceiling before the deadline of October 17.

Less than 50 hours left before the US has any money to pay its bill, a glommy picture of default looms over the horizon of US history, but for a last minute compromise between the stubborn Republicans leadership and a determined US President Barack Obama, who is not going to give way to what he claims “ransom from the opposition lawmakers”.

“The idea that we're going to send a signal to the world that it's an acceptable proposition – this is what some Republicans on Capitol Hill seem to be conveying – that we can cross that threshold and just hope that we can resolve this before we have to delay a payment, already, once you get to that deadline, you've entered territory that we've never entered before.

“And that sends a signal I think globally that there is uncertainty about the fidelity here in the United States to the principle that we always pay our bills on time,” the White House Press Secretary, Jay Carney, said.

“That is why this line has never been crossed, why administration after administration, both Democratic and Republican, has taken the position that we should never cross this line.

“It's why businessmen and women, CEOs who understand the impact that this would have on what they do and on the American economy have called on Congress to quit even flirting with the prospect of default,” he argued.

Craney said the US is the largest economy in the world and it has a lot of obligations which exceeds its income.

“And that is why we have to ensure that Treasury is able to borrow in order to pay our bills,” he said while justifying the massive borrowing by the US Government.

“We're still optimistic that there is a path to lift the debt ceiling in time. We're pleased with the work done thus far. But we've heard of the bipartisan legislation being prepared in the United States Senate,” the House Democratic Leader, Nancy Pelosi, told reporters after a group of Democratic lawmakers met Obama at the White House.

“We're disappointed that the House Republicans decided to sabotage or at least delay what was happening there, but are hopeful – everybody knows that time is of the essence and that if the Republicans want to put up a bill, they should do it soon.

“But they have to know if it is as it has been described, that they'll have to do that with 100 per cent Republican votes,” she said.

Meanwhile, late yesterday night the House Republicans withdrew their latest bill to raise the debt ceiling and reopen the government because of objections from rank-and-file conservatives.

As this happened, the Senate Majority Leader Harry Reid and the Senate Minority Leader Mitch McConnell resumed negotiating on a new deal to avert a debt default and reopen the government. Media reports said they were nearing the deal.

But this needs to be approved by the House.

Under the plan, a $986 billion government funding bill would reopen federal agencies until January 15, and the debt ceiling would be lifted until February 7.

Uncertainty looms large over end to US crisis

Residing in a more distant space, I was having to look for an MBSR class
throughout a time of crisis in my life.