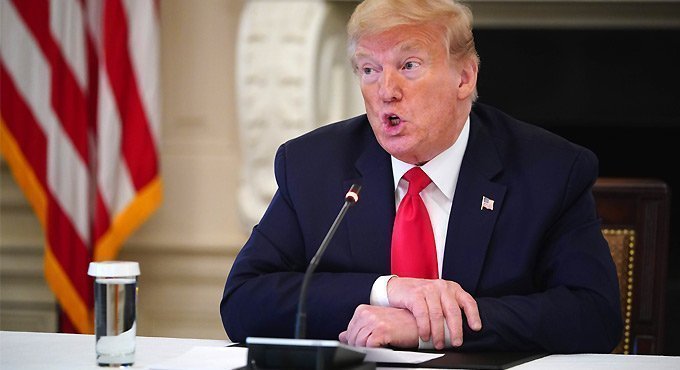 Washington, Sept 30: US President Donald Trump has said that India does not give a "straight count" on the COVID-19 deaths.

During the presidential debate on Tuesday night between him and Democratic Party presidential candidate Joe Biden, they both sparred on the extent of the deaths caused by the pandemic.

Biden said that the 200,000 people who died of the coronavirus were 20 percent of the global death toll of 1 million while the US population is only 4 percent of the world.

Trump said that the pandemic was China's fault, but Biden tried to deflect China's role wanting to pin the blame for its ravages on Trump.

The first debate was held in Cleveland was about domestic issues and there were no international questions on the agenda set out Chris Wallace of Fox News, who was the moderator for the debate. The mention of India and the two other countries brought a passing reference to foreign countries.

Earlier in his news conferences, he has mentioned India's record of conducting COVID-19 tests as the second-best in the world and only behind the US. 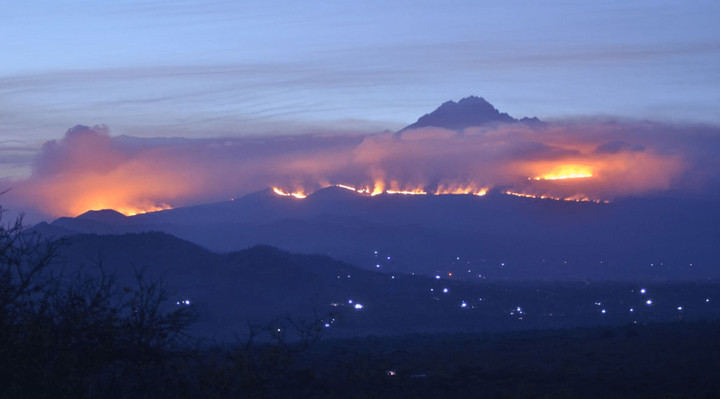 Dodoma, Oct 14: Africa's highest peak Mount Kilimanjaro is on fire as about 500 volunteers are trying to douse the flames, which can be seen from miles away, Tanzanian authorities said.

A statement from the Tanzania National Parks (TANAPA) said on Tuesday that the volunteers have managed to limit the fire's spread, Al Jazeera reported.

Spokesman Pascal Shelutete informed that the area, which is still burning is known as Kifunika Hill.

However, Shelutete did not mention how the fire has affected wildlife or vegetation, though he assured tourists of their safety.

Mount Kilimanjaro is the highest single free-standing mountain in the world, with a height of 19,443 feet (5,926 meters) and is a popular hiking and mountain climbing spot, Al Jazeera said.

Besides the night-time parade on Saturday, there was also fireworks display, a car parade and other celebratory events to mark the occassion, Pyongyang's Korean Central News Agency said in a report.

The new ICBM was carried on a transporter erector launcher (TEL) with 22 wheels, indicating that it is longer than the Hwasong-15, which is carried by a 18-wheel TEL, Yonhap News Agency quoted the KCNA report as saying.

The Hwasong-15 has an estimated range of 12,874 kn, which is capable of striking any part of the continental US.

The regime has two more types of ICBM: the Hwasong-13 that can fly as far as 5,500 km, and the Hwasong-14 missile with an estimated range of 10,058 km, which is capable of reaching most of the continental US.

As the finale of its parade, North Korea shows what is apparently a new missile on an 11-axle TEL. pic.twitter.com/4fskoJubBV

Also during the parade which was the first since 2018, the country also showed off a new type of submarine-launched ballistic missile (SLBM), which it labelled as the Pukguksong-4, the KCNA report said.

The Pukguksong-3 is classified as a medium-range missile, and is believed to be an upgraded version of its Pukguksong-1 missile.

The country also presented its version of Russia's Iskander short-range ballistic missile and super-large multiple rocket launchers, which it has test-launched several times since 2019.

Kim stressed that war deterrent is purely for self-defence, and "will never be abused or used as a means for pre-emptive strike".

"But, if, and if, any forces infringe upon the security of our state and attempt to have recourse to military force against us, I will enlist all our most powerful offensive strength in advance to punish them," he added.

Kim also apologized to his people for their suffering from multiple challenges, including recent typhoons and flooding and the impact from its anti-pandemic campaign.

Azerbaijan, Armenia accuse each other of ceasefire violation 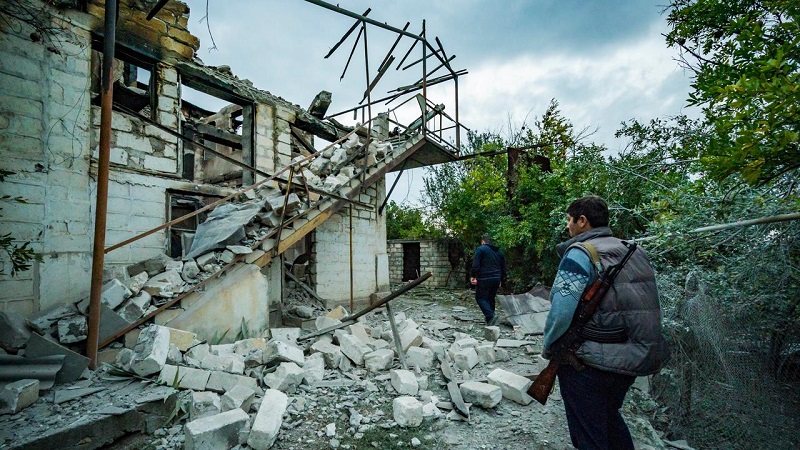 Yerevan, Oct, 10: Azerbaijan and Armenia have accused each other of swiftly violating the terms of a ceasefire in the disputed Nagorno-Karabakh region, raising questions about how meaningful the truce, brokered by Russia, would turn out to be.

The ceasefire, clinched after marathon talks in Moscow advocated by President Vladimir Putin, was meant to halt fighting to allow ethnic Armenian forces in Nagorno-Karabakh and Azeri forces to swap prisoners and war dead.

But within minutes of the truce taking effect from midday on Saturday (08:00 GMT), both sides accused each other of breaking it.

The Armenian defence ministry accused Azerbaijan of shelling a settlement inside Armenia, while ethnic Armenian forces in Nagorno-Karabakh alleged that Azeri forces had launched a new offensive five minutes after the truce took hold.

Azerbaijan said enemy forces in the disputed region were shelling Azeri territory. Both sides have consistently denied each others’ assertions about military activity.

Under the international law, Nagorno-Karabakh is recognised as part of Azerbaijan.

But ethnic Armenians, who make up the vast majority of the population, reject the Azerbaijani rule and have been running their own affairs with Armenia’s support since a devastating war in the 1990s following the collapse of the Soviet Union.

At least 30,000 people were killed and hundreds of thousands were forced from their homes before an an internationally-brokered ceasefire was agreed in 1994.

However, in a statement which suggested the ceasefire was not completely dead, Azeri President Ilham Aliyev said the warring parties were now engaged in trying to find a political settlement.

The Moscow ceasefire talks were the first diplomatic contact between the two since fighting over the mountainous region erupted on September 27, which has killed at least 300 people and is the most serious in the territory since clashes in 2016 left dozens dead.

Russian Foreign Minister Sergei Lavrov, who helped mediate, said in a statement in the early hours of Saturday after more than 10 hours of negotiations that the ceasefire had been agreed on humanitarian grounds.

The International Committee of the Red Cross would help make the truce work, he said.

“The specific terms of the ceasefire still need to be agreed,” said Lavrov, who said Armenia and Azerbaijan had also agreed to enter into what he called substantive peace talks.

Those talks would be held under the auspices of the Organization for Security and Co-operation in Europe’s (OSCE) Minsk Group, he said.

The renewed fighting in the decades-old conflict has raised fears of a wider war drawing in Turkey, a close ally of Azerbaijan, and Russia, which has a defence pact with Armenia.

Paul Stronski, a senior fellow in the Russia and Eurasia programme at the Carnegie Endowment for International Peace, told media that Nagorno-Karabakh was a “complex issue” for Russia, noting that it was already at loggerheads with Turkey in Syria and Libya.

“There’s a real risk this could become a proxy war,” he said.