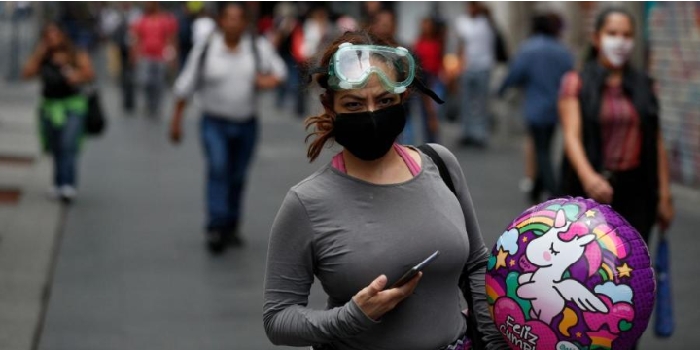 Mexico City, Aug 1: The number of people, who have died of COVID-19 in Mexico, has risen by 688 to 46,688 within the past 24 hours, Deputy Health Minister Hugo Lopez-Gatell said.

The number of victims in Mexico is now higher than in the United Kingdom, where 46,119 people have died of the disease. The largest number of fatalities - 153,311 - has been recorded in the United States, while Brazil comes second with 92,475 deaths.

Lopez-Gatell also said on late Friday that the number of confirmed coronavirus cases had increased by 8,458 to 424,637 over the past day.

A day earlier, the Latin American nation recorded 7,730 new cases of the coronavirus, with 639 fatalities.

The World Health Organisation (WHO) declared the COVID-19 outbreak a pandemic on March 11. To date, over 17.5 million people have been infected with the coronavirus worldwide, with over 677,000 fatalities, according to Johns Hopkins University.

US stocks fall as market decline extends for third week 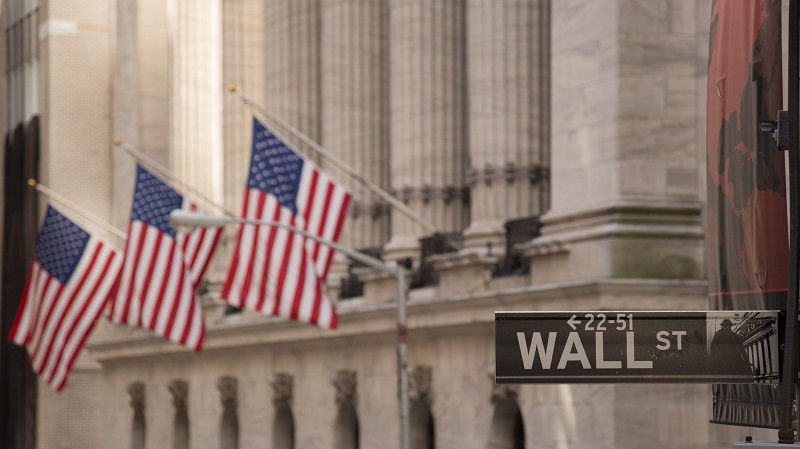 New York, Sept 19: Wall Street capped another turbulent week of trading Friday with a broad slide in stocks that left the S&P 500 with its third-straight weekly loss.

The S&P 500 fell 1.1per cent, led once again by a sell-off in technology companies, with Apple, Amazon and Alphabet weighing particularly on the market.

Technology stocks and other companies that powered the market's strong comeback this year have suddenly lost momentum this month amid worries that they have become too expensive.

The sell-off tempered later in the afternoon but still wiped out what had been a solid start to the week. The S&P 500 is on track for its first monthly loss since March. September is historically the worst month for stocks.

The market has been poised to just pull back, take a breather," said Quincy Krosby, chief market strategist at Prudential Financial.

"Raising capital is prudent during a month that is known statistically, historically for being difficult for the market.

Stocks have swirled this week despite the Federal Reserve's saying it expects to keep short-term interest rates at record lows through 2023.

Low rates typically turbocharge the market by encouraging investors to pay higher prices for stocks, but some investors may have been looking for the Fed to be even more aggressive.

Growth in some areas of the economy has also slowed after unemployment benefits and other aid from the federal government expired, and partisan disagreements in Congress are holding up a possible renewal of support. Investors say it's essential that such aid arrives.

To the extent that you don't get an additional fiscal cushion, the economy is going to be impacted by it, said Brian Levitt, global market strategist at Invesco.

Rising tensions between the world's two largest economies are also continuing to keep markets on edge. The United States said on Friday that it will ban downloads of the Chinese apps TikTok and WeChat on Sunday. It cited national security and data privacy concerns.

President Donald Trump's targeting of the Chinese tech industry has caused intermittent worries in the market about a possible retaliation against the U.S. industry.

Big Tech stocks have stumbled sharply this month on worries that their prices have grown too expensive following their virtuosic performance through the pandemic. Surging shares of Apple, Microsoft, Amazon and others helped carry Wall Street back to record heights, even as the pandemic walloped much of the economy, as the coronavirus accelerated work-from-home and other trends that benefit them.

But they suddenly lost momentum two weeks ago, causing the market to swing with them. Because these companies have grown so massive, their stock movements have huge sway over broad market indexes, such as the S&P 500.

We certainly got a little short-term overbought and we headed into a time of the year that is not great for markets, Levitt said.

Also on the long list of concerns for markets is how the pandemic progresses, whether a vaccine for COVID-19 could indeed be available in early 2021 as many investors expect and what November's U.S. presidential election will do to the economy.

Treasury yields remain very low, showing the powerful strength of the Federal Reserve and continued expectations by bond investors for only modest economic growth and inflation. The yield on the 10-year Treasury rose to 0.70per cent from 0.69per cent late Thursday.

A preliminary report on Friday said that consumer sentiment is improving at a faster pace than economists expected, which is key for an economy where spending by consumers is the main driver. But it follows other reports this week that showed growth in retail sales slowed last month and the number of layoffs across the country remains stubbornly high.

One factor that may have helped make trading bumpier than usual Friday is an event known as quadruple witching, which marks the expiration of futures and options on stocks and indexes. The event can drive swings in prices.

Other stock markets around the world made mostly modest moves.

In Europe, the German DAX lost 0.7per cent, and the French CAC 40 sank 1.2per cent. The FTSE 100 in London fell 0.7per cent. Markets in Asia closed mostly higher. 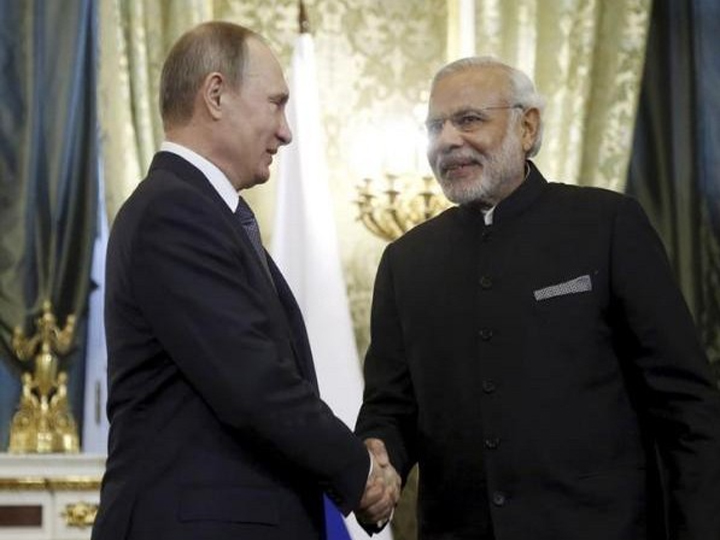 New Delhi, Sept 17: Russian President Vladimir Putin on Thursday congratulated Prime Minister Narendra Modi on his 70th birthday and said that India is successfully moving along the path of socio-economic, scientific and technical development under his leadership.

In a message posted by the Russian Embassy on its Facebook page, Putin said he looks forward to continuing constructive dialogue with PM Modi and work closely together on topical issues of the bilateral and international agenda.

Besides Putin, Chairman of the Russian Government, Mikhail Mishustin, and Russian Ambassador Nikolay Kudashev extended their wishes to Prime Minister Narendra Modi as he turned 70.

"Kindly accept my heartfelt congratulations on your 70th birth anniversary. Under your leadership, India is successfully moving along the path of socio-economic, scientific and technical development. It is hard to overestimate your personal contribution to the strengthening of the special and privileged strategic partnership between our countries," Putin said in the message.

"I value the kind, friendly relations that have developed between us. I look forward to continuing constructive dialogue with you and work closely together on topical issues of the bilateral and international agenda. From the bottom of my heart, I wish you good health, happiness, well-being and every success," he added.

Meanwhile, Mishustin greeted the Indian leader and lauded Prime Minister Modi's considerable personal contribution to the enhancement of the Russia-Indian relations based on the principles of the friendship of mutual trust and strategic partnership.

"On behalf of the Government of the Russian Federation and personally I would like to congratulate you on your 70th birth anniversary. Under your leadership, the Government of India is implementing large-scale programmes aimed at developing the national economy and strengthening international cooperation," he said in a message.

"I would especially emphasize your considerable personal contribution towards the enhancement of the Russian-Indian relations based on the principles of friendship, mutual trust and strategic partnership. Our cooperation in the spheres of trade and economy, investments, science and technology, culture and humanitarian issues is consistently expanding, promising bilateral projects are successfully coming into life," he added

Wishes poured in for Prime Minister Narendra Modi from all corners of the world on his birthday. The leaders across parties greeted him. President Ram Nath Kovind was among the first one to wish the Prime Minister. 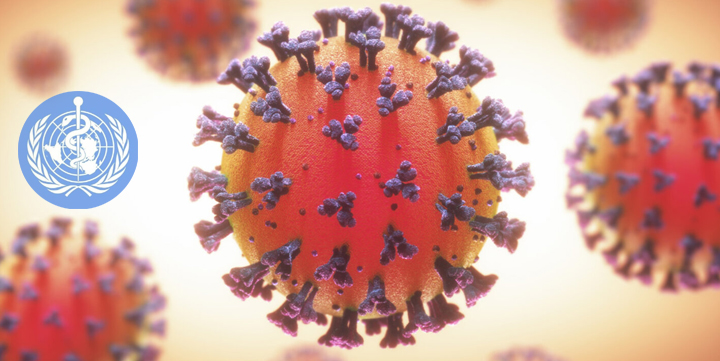 Geneva, Sept 22: The World Health Organisation (WHO) has reported a record number of confirmed cases of the coronavirus registered across the world over the past week -- almost 2 million infections -- which marks the highest number in a single week so far.

"From 14 through 20 September, there were almost 2 million new cases of COVID-19, which represents a 6 per cent increase compared to the previous week, and the highest number of reported cases in a single week since the beginning of the epidemic. During the same period, there was a 10 per cent decrease in the number of deaths, with 36,764 deaths reported in the past seven days," the WHO said in a situation report late on Monday.

In particular, an increase in the weekly case incidence rate was reported across all regions in the last seven days, except for Africa, with the two Americas remaining the worst-hit areas and accounting for over 38 per cent of all new cases reported over the past week.

Meanwhile, Europe showed the greatest increment in the number of fatalities in the past week, with a 27-per cent increase compared to the previous week.