‘Will be back in some form’, says Donald Trump in departure remark 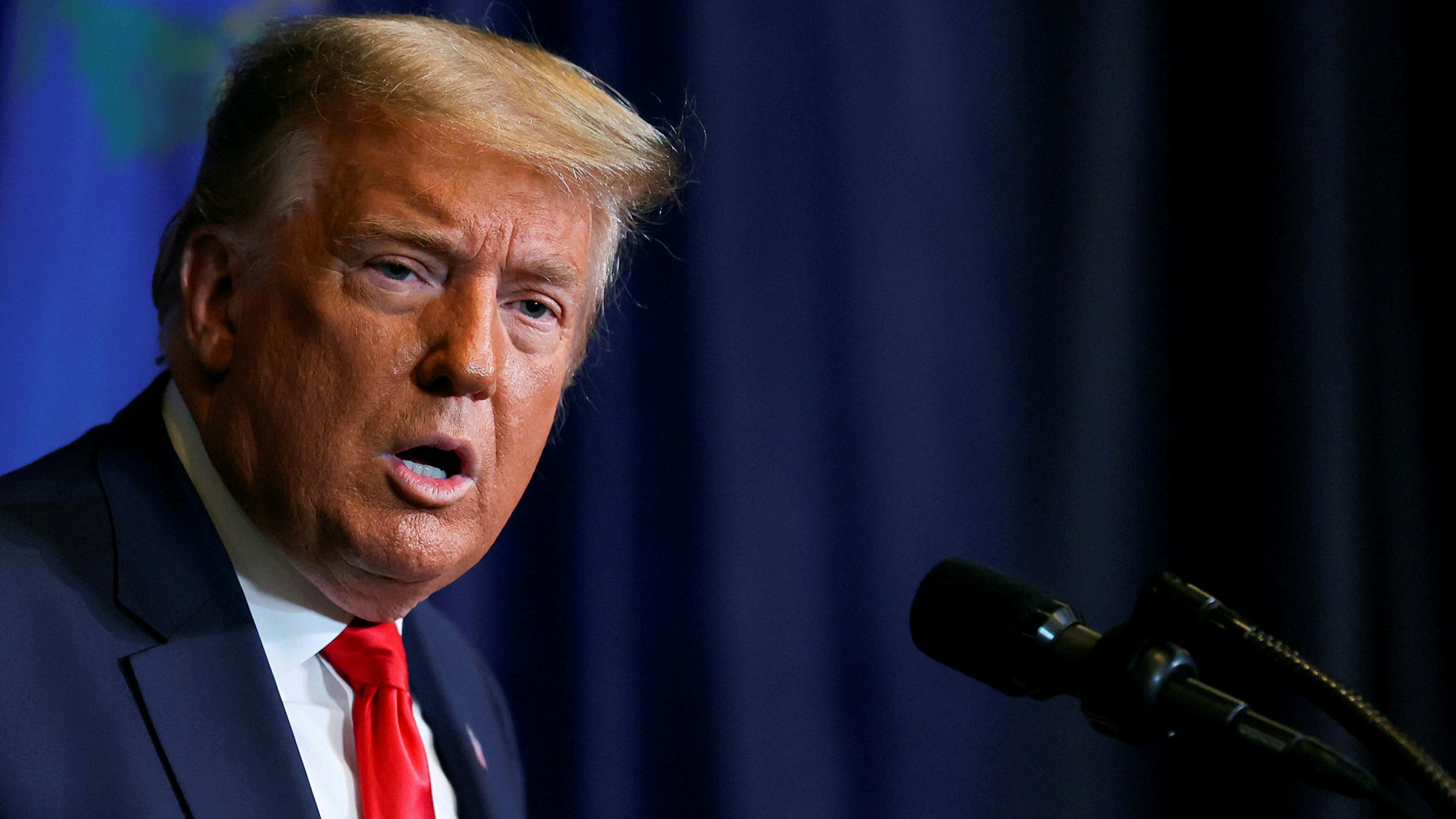 Washington, Jan 20: US President Donald Trump said he will be "back in some form" before boarding Air Force One for Florida on Wednesday ahead of the inauguration of his successor, Joe Biden.

"This has been an incredible four years," Trump said in brief remarks to staff, supporters and members of his family gathered at Joint Base Andrews outside Washington.

"We've accomplished so much together," he said. "I will always fight for you.

"We will be back in some form."

Trump did not address Biden by name but said he wishes the new administration "great luck and great success."

Trump will be at his Mar-a-Lago resort in Florida when Biden is sworn in at noon (1700 GMT).

He is the first president in more than 150 years to snub the inauguration of his successor. 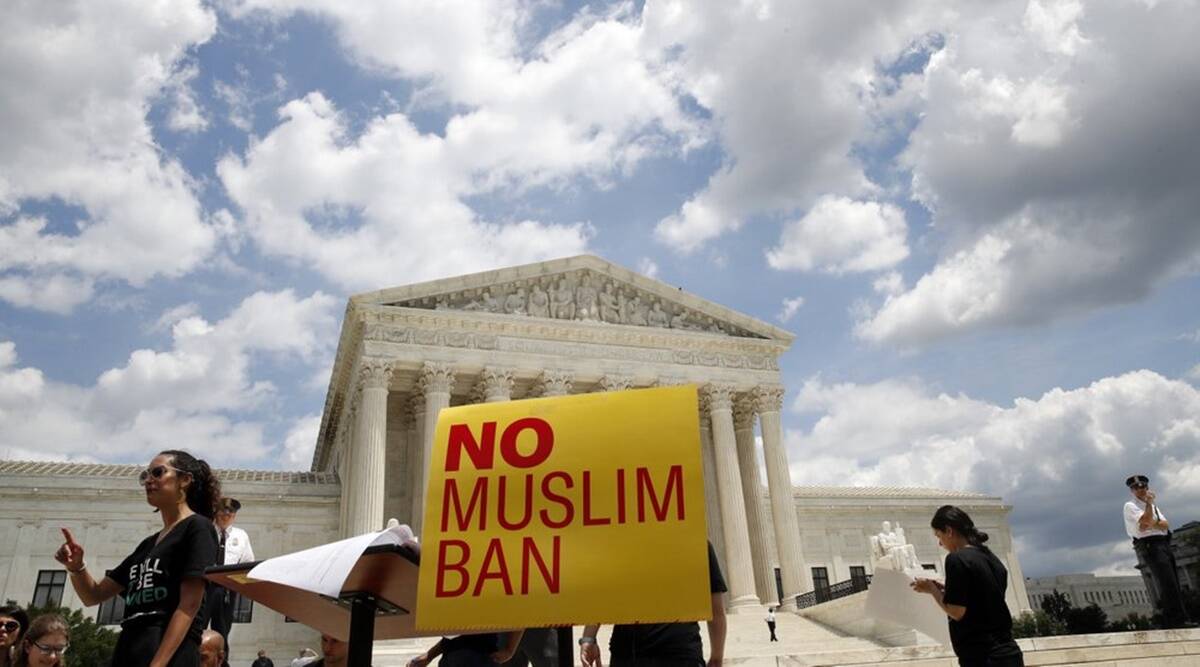 Washington, Feb 27: As many as 140 Democratic lawmakers have reintroduced a legislation in the US Congress to prevent future Muslim bans and prohibit discrimination on the basis of religion.

In the House of Representatives, the National Origin-Based Antidiscrimination for Nonimmigrants (NO BAN) Act was reintroduced on Friday by House Judiciary Committee Chairman Jerrold Nadler and Judy Chu, while in the Senate it was done by Senator Chris Coons.

Indian-American lawmakers Ami Bera, Ro Khanna, Pramila Jayapal and Raja Krishnamoorthi are among those who are supporting the bill.

The legislation strengthens the Immigration and Nationality Act to prohibit discrimination on the basis of religion, and restores the separation of powers by limiting overly broad executive authority to issue future travel bans.

When the Trump Administration issued its xenophobic Muslim ban, it was immediately apparent that it was unconstitutional, discriminatory, and morally reprehensible, said Nadler.

I am grateful that President Biden took bold action on day one to repeal this ban and reunite families, but we cannot risk the possibility of any future President reinstating this heinous policy, he said.

The Muslim ban was a hateful stain on the United States. Inspired only by bigotry and not any genuine national security concerns, the ban served only to separate families while stoking bigotry, xenophobia, and Islamophobia, said Congresswoman Judy Chu.

However, we cannot risk letting prejudice become policy again. That is why I am once again introducing the NO BAN Act to update our laws. By requiring actual evidence of a threat before there can be any such broad based bans like this, the NO BAN Act ensures that future presidents will not be able to ban people solely because of their religion, she said.

Senator Coons said, we have turned the page on the tragic Muslim ban, but now we must write the next chapter one in which no president can act through fear and prejudice to discriminate against a community of faith.

The Muslim ban senselessly upended lives and cut off thousands of Americans from their loved ones. Only through an act of Congress can we ensure that such a discriminatory and overreaching action by a president never happens again. The NO BAN Act reasserts not only the role of Congress under our system of checks and balances, but also the proud American legacy of welcoming immigrants and refugees, he said.

The Muslim ban is a stain on our nation's history a direct violation of our basic principles of equality under the law and religious freedom, said Congresswoman Ilhan Omar.

Thankfully, President Biden ended this hateful ban on day one of his presidency. But we must ensure that no president can ever ban a group of people from this country based solely on their religion or nationality.

"We must ensure that mothers will not be separated from their children, that brothers and sisters will not be torn apart and that people around the world have a shot at the American Dream. I'm proud to work with my colleagues to place the Muslim ban in the dustbin of history where it belongs, Omar said.

Yangon, Feb 28: Myanmar security forces violently dispersed anti-coup rallies around the country on Sunday, with reports of at least three protesters killed in the crackdown.

The junta has ratcheted up its use of force over the weekend against the massive street movement demanding it yield power and release ousted civilian leader Aung San Suu Kyi.

Police and soldiers had already fired rubber bullets, tear gas and water cannon on demonstrations in recent weeks in an effort to bring the civil disobedience campaign to heel, with live rounds used in some isolated cases.

Large numbers were again mobilised on Sunday morning to scatter building crowds in several parts of the country that had gathered in response to online calls for protesters to once again flood the streets.

Three men were killed and at least 20 others injured when security forces moved on a rally in the southern coastal hub of Dawei, according to a volunteer medic and local media reports.

Pyae Zaw Hein, a rescue worker, told AFP the trio had been "shot dead with live rounds", while the injured had been hit by rubber bullets.

"There could be many more casualties as well because more wounded people keep coming in," he added.

Local media outlet Dawei Watch confirmed that three had died in the incident.

Officers in the commercial hub Yangon began dispersing one crowd in the downtown area minutes before the slated beginning of the day's protest, but it was unclear whether they used live rounds.

"They didn't say a word of warning. Some got injured and some teachers are still hiding in neighbours' houses."

Since the military takeover on February 1, Myanmar has been roiled by giant demonstrations and a civil disobedience campaign encouraging civil servants to walk off the job.

Sunday's crackdown followed a similar wave of violent action against angry but largely peaceful anti-coup rallies around the country a day earlier.

Several journalists documenting Saturday's assaults by security forces were detained, including a photographer from the Associated Press in Yangon.

Near the city's main university, police fired several stun grenades to clear a crowd at a protest hotspot.

More than 850 people have been arrested, charged or sentenced since the coup, according to the Assistance Association for Political Prisoners monitoring group.

But the weekend crackdown was expected to raise that number dramatically, with state newspapers reporting 479 arrests on Saturday alone.

International condemnation of the coup has been fierce, with the United States, the European Union and other major powers denouncing violence against protesters and demanding the junta relinquish power.

Suu Kyi has not been seen in public since she was taken into custody during pre-dawn raids in the capital Naypyidaw as the coup was launched.

She is due to face court there on Monday under obscure charges for possession of unregistered walkie-talkies and violating coronavirus restrictions on public gatherings.

But her lawyer Khin Maung Zaw told AFP he had still been unable to meet with the Nobel laureate ahead of the hearing.

"As a lawyer, I put my trust in the court and... a fair trial," he said. "But in this period of time anything can happen."

State media announced late on Saturday that authorities had terminated the posting of the country's United Nations envoy, who gave an impassioned plea for help on behalf of Myanmar's ousted civilian government.

"We need... the strongest possible action from the international community to immediately end the military," Kyaw Moe Tun had told the General Assembly in New York.

UN spokesman Stephane Dujarric said the body had not been told of the diplomat's firing and that Kyaw Moe Tun remained Myanmar's representative for the time being.

At least five people have been killed since the coup -- four of them from injuries sustained at anti-coup demonstrations.

The military has said one police officer has died while attempting to quell a protest. 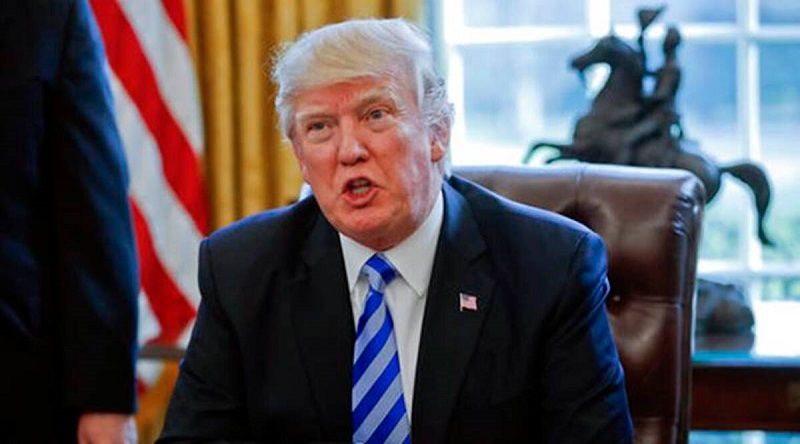 Washington, Feb 23: In a significant defeat for former President Donald Trump, the US Supreme Court has declined to step in to halt the turnover of his tax records to a New York state prosecutor.

The court's action on Monday is the apparent culmination of a lengthy legal battle that had already reached the high court once before.

Trump's tax records are not supposed to become public as part of prosecutors' criminal investigation, but the high court's action is a blow to Trump because he has long fought on so many fronts to keep his tax records shielded from view. The ongoing investigation that the records are part of could also become an issue for Trump in his life after the presidency.

In a statement, the Trump blasted prosecutors and said the Supreme Court never should have let this fishing expedition' happen, but they did. The Republican claimed the investigation is politically motivated by Democrats in a totally Democrat location, New York City and State. And he said he would fight on and that We will win!

The Supreme Court waited months to act in the case. The last of the written briefs in the case was filed on October 19. But a court that includes three Trump appointees waited through the election, Trump's challenge to his defeat and a month after Trump left office before issuing its order.

The court offered no explanation for the delay, and the legal issue before the justices did not involve whether Trump was due any special deference because he was president.

The court's order is a win for Manhattan District Attorney Cyrus Vance Jr, who has been seeking Trump's tax records since 2019 as part of an investigation.

Vance, a Democrat, had subpoenaed the records from the Mazars accounting firm that has long done work for Trump and his businesses. Mazars has said it would comply with the subpoena, but Trump sued to block the records' release.

Vance's office had said it would be free to enforce the subpoena and obtain the records in the event the Supreme Court declined to step in and halt the records' turnover, but it was unclear when that might happen. In a three-word statement on Monday, Vance said only: The work continues.

The court's action on Monday wasn't the only defeat for Trump, the court also declined to get involved in a handful of cases related to the 2020 election.

The records Vance has been after are more than eight years of Trump's personal and corporate tax records. Vance has disclosed little about what prompted him to seek them. In one court filing last year, however, prosecutors said they were justified in demanding the records because of public reports of possibly extensive and protracted criminal conduct at the Trump Organisation.

In July, the justices in a 7-2 ruling rejected Trump's argument that the president is immune from investigation while he holds office or that a prosecutor must show a greater need than normal to obtain the tax records.

As part of its July decision, the high court returned the Vance case and a similar case involving records sought by Congress to lower courts. And the court prevented the records from being turned over while the cases proceeded.

Since the high court's ruling, in the Vance case, Trump's attorneys made additional arguments that his tax records should not be turned over, but they lost again in federal court in New York and on appeal. It was those rulings that Trump had sought to put on hold.