Bengaluru, Jul 11: Amidst the mounting number of covid-19 cases, Karnataka is witnessing another disturbing trend of increasing number of people ending their life. After the lockdown was relaxed, the state saw a worrying jump in the number of suicides.

In April, however, the number nearly halved to 477. But April was also the month during which the lockdown (announced on March 24) was complete, and everyone was at home -- which, experts say, could have prevented people with suicidal tendencies from taking their own lives.

Shockingly, number of teenagers including school children committing suicide also increased in the state in past couple of months.

With the pandemic still accelerating and impacting people in multiple ways, the World Health Organisation has urged people to pay greater attention to mental health and suicide prevention.

Dr Poonam Khetrapal Singh, Regional Director, World Health Organisation (WHO), South-East Asia Region, said stigma related to Covid-19 infection may lead to feelings of isolation and depression. Another precipitating factor impacting mental health amidst Covid-19 could be domestic violence, which is reported to have increased globally as several countries imposed lockdowns, she said.

“Hitting lives and livelihoods, the pandemic is causing fear, anxiety, depression and stress among people. Social distancing, isolation and coping with perpetually evolving and changing information about the virus has both triggered and aggravated existing and pre-existing mental health conditions, which need urgent attention,” she said.

Dr H Chandrashekar, professor and head of the department of psychiatry at Victoria Hospital, said reasons for suicide are always multi-factored, combined, cumulative, unresolving and interrelated.

“There is grief everywhere now due to deaths related to Covid-19, and it may have an adverse effect on some. But people should be watchful of their family members, especially those who are in depression and have a history of suicide attempts. One should never ignore signs, like when someone says they feel like ending their life. They should not be left alone, and unconditional support needs to be given. Also, objects that could be used to commit suicide must be kept away from them,” Dr Chandrashekar said.

Bengaluru, Aug 3: Karnataka Pradesh Congress Committee working president Satish Jarakiholi on Sunday said that as per the party sources, state chief minister BS Yediyurappa has got only six months' time and there are different teams working against Yediyurappa in their party.

The BJP high command has decided to bring down Yediyurappa, Jarakhioli said. He added, "Yediyurappa had asked BJP high command to appoint him Chief Minister for six months and due to corona, his period has been extended. But now their own party sources have revealed that he has got only another six months."

While addressing the issue of different statements by BJP leaders and ministership aspirants after five MLCs were nominated, Jarakiholi said "Yediyurappa followers are not actual followers. BJP high command has already decided to bring down Yediyurappa as per their own party sources."

While speaking to reporters in Bengaluru, he said there are teams formed in the names of deputy CMs and there are many who are working in their party against Yediyurappa.

He also said that it's up to their party what they think about Yediyurappa's tenure, whether they keep him as CM or remove him. Being in Opposition, now Congress is only working on strengthening the party, he said. 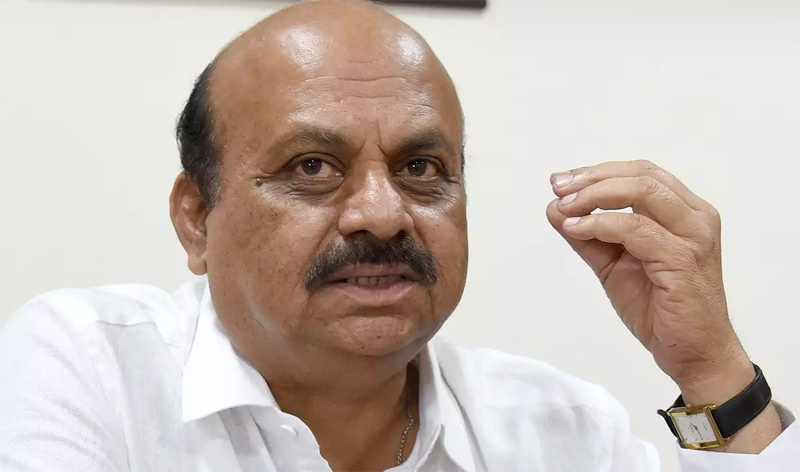 Bengaluru, Aug 12: Karnataka Home Minister Basavaraj Bommai has said that a magisterial enquiry will be carried out into the August 11 Bengaluru violence. He also said that government will recover losses to public property from those who were responsible for the violence.

Speaking to reporters, he said that following a high-level meeting with Chief Minister B S Yediyurappa, it was decided to conduct a magisterial enquiry by the district executive magistrate as per National Human Rights Commission guidelines. As per the same, district magistrate will probe the incident, he said.

"One of the important announcements I want to make is that the recovery of losses (for damaged property), as per Supreme Court directions, should be recovered from the persons behind the incident. That action we are going to take immediately," he said.

People behind rioting are being identified and losses suffered is being assessed, Bommai said. A total of 145 people were arrested and the arrests will continue.

Enquiry into the incident will be exposed the conspiracy behind the riots, he said.

The government has sought additional forces and six parties of Central Reserve Police Force were dispatched from Chennai and Hyderabad, he said. One party of Central Industrial Security Force will also arrive to augment the Garuda teams and Rapid Action Force units deployed in the ground, he said.

"Situation is under control. There is total peace and order," he added. 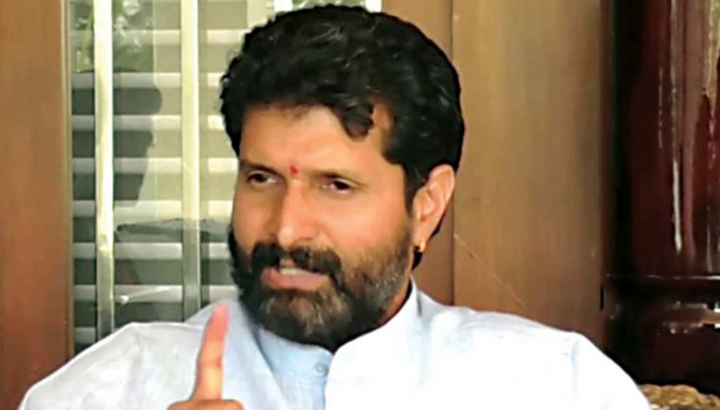