New Delhi, Jul 22: An internal committee of the Home Ministry is looking into inclusion of Tulu and Kodava languages in the Eighth Schedule of the Constitution, according to the union government.

Responding to a private member’s bill moved by B K Hariprasad (Congress), Minister of State for Home Affairs Kiran Rijiju told the Rajya Sabha on Friday that the official panel tasked to come out with the objective criterion on inclusion of more languages in the Schedule.

Rijiju said the Union government had now set up a panel, headed by an additional secretary rank officer with members from the Ministry of Human Resource Development, Ministry of Information and Broadcasting, Department of Personnel and Training, Central Institute of Indian Languages, Mysuru and the Sahitya Akademi to come up with a concrete solution.

The issue had come up in the Upper House in April too when the Congress member Oscar Fernandes even sang a few lines in Tulu after he was prompted by his colleague Jairam Ramesh.

Bengaluru, Feb 25: The leaders of the fishermen community from three coastal districts of Karnataka have demanded that the State government come to the rescue of the fisheries sector by announcing a package of Rs 10,000 crore in the upcoming budget.

Various fishermen associations under the aegis of Dakshina Kannada Mogaveera Mahanjana Sangha said in a statement that they were badly affected due to high fuel costs, covid-19, pandemic, heavy drop in marine catch and other issues that has resulted in increased operational costs, because of which more than 90 per cent of the mechanised boats have stopped venturing into fishing.

Kishore D Suvarna, president of the Aala Samudra Meenugarara Sangha, said, “In the last five years, fishermen community has suffered a lot due to consistent drop in the marine catch. The operational cost involved in running mechanised boats has increased drastically as boats are spending more days in the sea and going too far off places for fishing, which has resulted in more consumption of fuel. To lessen the financial burden, more than 90 pc of boats have stopped venturing into the sea. There is no option left before us other than to seek help from the government. We demand that the government waive off loans as we are not in a position to repay them to the banks.”

The Sangha demanded that subsidised kerosene be provided for traditional fishing and the launch of a separate fishing zone. They also demanded that the government provide a loan with 4 per cent interest for fishing activities in the coming days and that the Coastal Regulation Zone rules be relaxed for the construction of houses for fishermen.

Leaders said that a memorandum has already been submitted to the Chief Minister to include their demands in the ensuring budget. The Sangha said that they will go on indefinite strike by stop fishing activities in the coastal districts if the State fails to meet their demands.

JDS helping BJP by not contesting in by-polls: Siddaramaiah 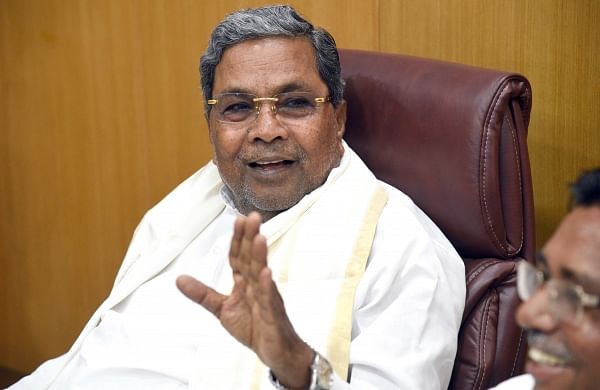 Hubballi, Feb 11: Leader of the opposition in the Karnataka Legislative Assembly Siddaramaiah today said that JDS was not contesting the coming Assembly and Lok Sabha by-elections in North Karnataka as the party wants its 'marginal votes' to go to the ruling BJP in the State.

His comment comes a day after JDS patriarch and former Prime Minister H D Deve Gowda said his party would not field candidates as it did not have the funds to fight the bypolls.

Bypolls for Belgaum (Belagavi) Lok Sabha, and Basavakalyan, Sindgi and Maski Assembly seats are due and the schedule is expected to be announced by the Election Commission soon.

He said that JDS was not strong in these constituencies. "They want their marginal votes also to go to BJP. Hence, JDS is not contesting," he claimed.

Senior JDS MLC, Basavaraj Horatti was elected Chairman of the Karnataka Legislative Council on Tuesday with the support of the BJP amid indications that the two parties are warming up to each other.

To a question on the ongoing agitation demanding ST (Scheduled Tribe) status to the Kuruba (shepherd) community, to which he also belongs, Siddaramaiah said when he was the Chief Minister he had ordered a 'Kulashastra Adhyayana' (ethnographic study) about categorising Kurubas into ST category.

"The study is still ongoing. The demands should be made after the study is over. In my opinion, rallies are not needed at this point," he added.

In a show of strength, Kurubas, categorised as Other Backward Castes (OBCs), staged a mammoth rally last Sunday demanding ST tag for the community.

Siddaramaiah alleged that the BJP and RSS were playing politics in the issue to provide reservation to Kurubas, and "their main motive is to divide Kuruba community".

"Why is K S Eshwarappa (a Kuruba and senior minister in the BS Yediyurappa Cabinet) is protesting against his own party? This clearly exposes their motive," Siddaramaiah said. 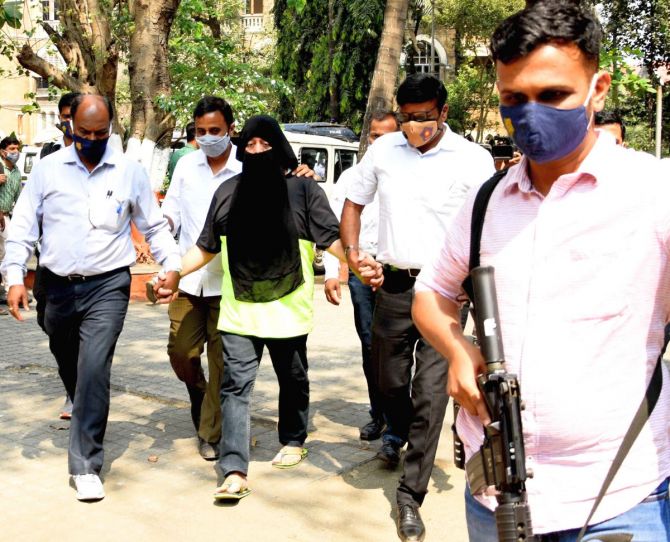 Ravi Pujari is wanted in more than 49 cases in Mumbai.

Earlier on Saturday, a Bengaluru court granted the custody of Ravi Pujari to Mumbai Police.

Milind Bharambe said that Mumbai Police sought the custody of gangster Ravi Pujari, who is lodged in a Karanataka Jail, in connection with the 2016 Ghazali Hotel firing case.