Bengaluru, Aug 22: Backing his party's allegation of a political witch-hunt, senior Congress leader M Veerapa Moily on Thursday said P Chidambaram's arrest is a "tit-for-tat particularly by Home Minister" Amit Shah who feels "aggrieved" because of his arrest by the CBI in 2010.

"This is a political witch hunt by the present government and more particularly by the Home Minister Amit Shah. The Home Minister feels aggrieved. He was in 2010, arrested in cases involving murder post-Godhra incident," Moily told ANI.

He continued, "The Court really held a prima facie case, but ultimately what had happened is a different matter. The case was also shifted to Bombay Court from Gujarat. He was not allowed to enter Gujarat also for some time and now he is the Home Minister.
During that time P Chidambaram was the home minister. So this is some sort of a tit for tat."

Moily said there is no case against the former home minister as he has not been named in the FIR and charge-sheet in the INX media case.

He further said that not only Chidambaram, but every person has the right to appeal in the Supreme Court. "The Supreme Court should hear him, but the Supreme Court is also delaying these things. So, Chidambaram thought it will be appropriate to hold the press conference and which he went home. There is no place to create high drama," the Congress leader said.

He further claimed that nobody in India has their right to liberty protected under the present government and termed the charges against Chidambaram baseless.

Chidambaram, one of the key ministers during ten years of UPA regime, was taken to headquarters of the probe agency after being arrested from his Jor Bagh residence on Wednesday night in connection with the INX Media case.

He was arrested after he failed to get relief from the Supreme Court over CBI and ED's pursuit of him.

Congress leaders including Rahul Gandhi, Priyanka Gandhi Vadra and Randeep Singh Surjewala have voiced their discontent against the arrest of former union minister by the investigation agencies.

Bengaluru, Jul 21: A man was arrested on Tuesday for riding his high-end bike up to a speed of almost 300 km per hour on a flyover here during ongoing lockdown, police said. After a selfie video of the man's reckless ride went viral on social media, police arrested him for putting his life and that of others at risk and seized his 1000 CC bike.

Identified by police as Muniyappa, he rode his bike on the nearly 10-km long Electronic City flyover, accelerating almost to 300 KMPH as he whizzed past some vehicles, including cars autorickshaws and trucks that were moving in both directions.

"This video made viral by the rider...going at a dangerous speed of almost 300 kmph at Ecity flyover putting his own & others life at risk..CCB traced the rider & seized bike Yamaha 1000 CC.. handed over to traffic (police)," Bengaluru Joint Commissioner of Police Sandeep Patil tweeted, tagging the video.

A case of reckless driving has been registered against him, police said. They said the incident occurred during the week-long lockdown in force in the city and outskirts till Wednesday morning to contain the spread of coronavirus, leaving most roads deserted as people remained indoors. However, it was not known when exactly he undertook the ride. A fortnight ago, three youths who were doing wheelies on the city roads met with a ghastly mishap and lost their lives. 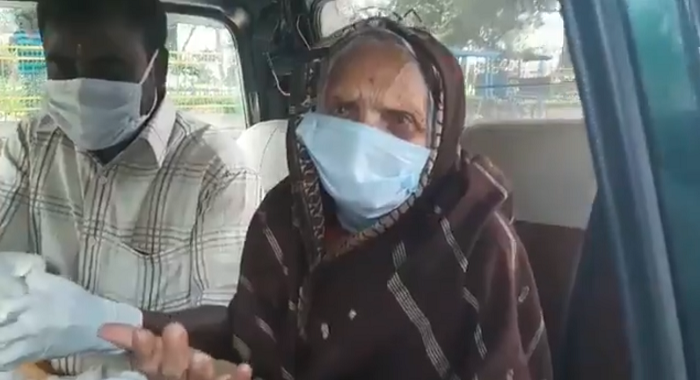 Chitradurga,  Aug 2: Said to be 110-years-old, a grand old woman Siddamma was discharged on Saturday from a COVID Hospital in Chitradurga after recovering from the novel coronavirus.

According to Dr Basavaraj, District Surgeon, Chitradurga, the woman had tested positive for the disease on July 27.

After her recovery, the frail woman dressed in a sari was seen being wheeled out from the hospital.

So far, a total of 2,412 people have succumbed to the virus in the State. 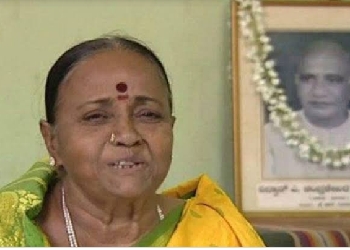