Three years on, Rajinikanth's political journey that never took off 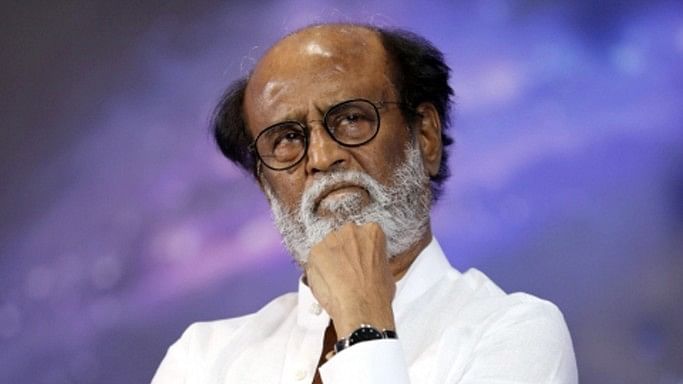 Chennai, Dec 29: It was on the 2018 New year eve actor Rajinikanth confirmed his political entry and said he would start a party ahead of 2021 Assembly elections and contest all the 234 seats in Tamil Nadu.

Exactly, two days short of three years later, Rajini did a U-turn and said he was dropping his political plans and would not start a political party in view of his health condition, the corona pandemic and the spread of the mutant variant of the virus.

A day after he was discharged from the hospital in Hyderabad where he underwent treatment for fluctuations in blood pressure levels after four crew members during 'Annathae' film shoot tested positive for corona, Rajini on Tuesday bade adieu to politics even before taking the proverbial plunge.

Recently during a recent interaction with his Rajini Makkal Mandram (RMM) members, the actor reiterated that his political entry was confirmed and he would form a new party in January 2021 and unveil his plans on December 31, sending his fans in delirium.

Since then expectations were high and the people of the State were eagerly awaiting the strategy to be adopted by him for the polls, since the actor had stated that there was a political vaccum in the State following the demise of two tall leaders AIADMK's J Jayalalithaa and DMK's M Karunanidhi and that he wanted to fill it.

Detailing his health status, Rajini said since he had underwent a kidney transplant a few years, there should not be any fluctuations in his blood pressure levels as it would severely affect the transplanted kidney.

Citing the prevailing corona pandemic and the spread of the mutant variant of the virus, Rajini announced with regrets that he was not taking the political plunge, which involved hectic travelling, holding public meetings and meeting lakhs and lakhs of people, as campaigning through social media would not be effective.

He said he alone could understand the 'pain he endured' to take such a decision and sought an apology from his fans and the people of Tamil Nadu.

Ever since he confirmed his political entry on December 31, 2017, expectations were high since then on when he would honour his commitment.

For the last three years, Rajini had been repeatedly making politically loaded statements, drawing the ire of the ruling AIADMK and other parties also said miracles and wonder would happen in the 2021 elections.

On December three this year, Rajini said he would honour his commitment and start a political party, even at the cost of his life.

Asserting that everything would be changed, Rajini said 'if not now, it will be never'.

He also saidtime has come for a a political and regime change in the State.

'It is certain that, we will secure a massive victory in the ensuing Assembly polls with the support of the people, and create a straight forward, honest, transparent, corruption-free secular and egalitarian spiritual politics'. 'Wonder and Miracles will happen', he added.

In November last year, Rajini's political plans gained momentum when he made a dramatic announcement that he was willing to work together with his long time friend and fellow actor-politician Kamal Haasan in the elections.

It gained further momentum in March this year when Rajini came up with a three-point agenda, which included ruling himself out of the post of Chief Minister, wanted to separate party from the government by forming a council that would appoint a young and capable Chief Minister and supervise the functioning of the government, abolish thousands of party posts and induct youngsters into the party.

In October, Rajini virtually dropped his political plans citing his health condition as he had underwent a kidney transplant and the prevailing COVID-9 pandemic.

A letter, purportedly written by him created buzz in the social media. The actor said the letter in his name which claimed that he might not enter politics as promised on the 2018 New Year eve due to the COVID-19 pandemic and due to his health condition was not written by him.

But he confirmed that the contents in it about his health condition was true.

Rajini, while confirming his health issues and the doctor’s advice that meeting people and campaigning would put him at risk in the time of the COVID-19 pandemic, broadly hinted that he was not entering politics.

In fact Rajini in one of his films 'Arunachalam' a few years back, donned the role of a political leader and even started a party and disbanded it later.

Rajini again revived his political plans early this month, but bade adieu to it without taking the plunge--a journey that never took off.

New Delhi, Jan 14: Bharatiya Kisan Union President Bhupinder Singh Mann, who was one of the four members of the Supreme Court-appointed committee on farm laws, on Thursday said that he is recusing himself from the panel.

Mann added that he is thankful to the apex court for nominating him on the committee but would sacrifice any position offered to him so as not to compromise the interests of farmers.

Eshwar Khandre and Saleem Ahmed are also working presidents of the state unit.

D K Shivakumar is the chief of the KPCC