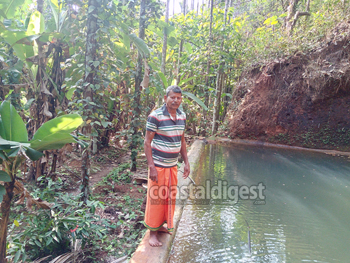 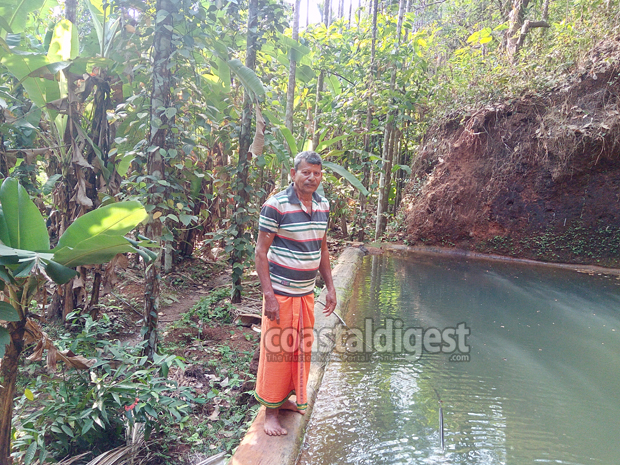 At 73-years of age, Mahalinga Naik breaks into a smile, when residents of Amai village at Bantwal taluk point towards him as the local 'Green-Revolutionary'. For a man who never received formal education, Naik has been solely credited for creating a sustainable eco-friendly farmland, which once was barren land and could not even bear a sapling.

At a hillock farmland in Adyanadka, approximately 52 kilometre from the Mangalore city, a two-acre land boasts of 200 banana trees, 300 areca nut trees, 75 coconut palm trees, along with different types of cocoa, pepper vines. The layout of the farmland is not only systematic but does not leave any loose end for wastage. "From mini-irrigational system, conservation of water, to harvesting organic manure, the farmland is equipped to look into each aspect of traditional farm land," says famed Editor of Adike Patrike Shree Padre. 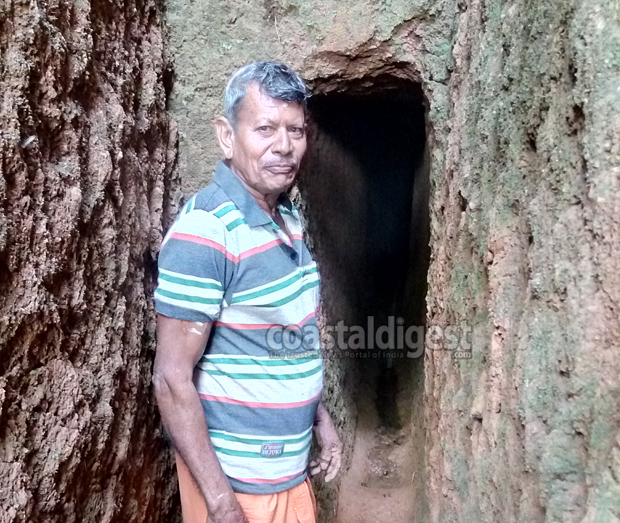 While today the agricultural revolution at Adyanadka has awed several agriculturists, in fact it has even fetched Mahalinga Naik with awards including ‘Krushi Panditha’ conferred by the Karnataka government in 2010. Recently, he was honoured with ‘Mangalore Press Club Award 2018’. Shree Padre has also released a small booklet on Naik by the title ‘Guddada Melina Ekvyakti Sainya’.

It was about forty years ago, when Naik was just another sharecropper at a land owned by one Mahabala Bhat. Earning a daily wage between Rs 1.50 to Rs 5, Naik managed his household. However, pleased with his dedication for the farmland, in 1979, Bhat gave Naik a two-acre land from his property.

“I was overjoyed with emotions, and swiftly was able to build a humble hut for my family. But the land had no water source for cultivation, we had to walk for about a kilometre for it and the effort was futile. I realised that to take care of my farmland and feed my family, I had to do something,” he says.

For the need of drawing water, Naik eventually decided to carve a ‘Suranga’ (tunnel) to naturally draw water for his cultivation. However, given his financial condition, Naik says he was unable to hire labourers, therefore he decided to use his part time from agriculture to dig the Suranga.

Each day, Naik would return from cultivation and then religiously start digging ‘Suranga’ to find the source of water. “My search for water was more instinctive than scientific. I started digging at places approximately about 100 feet each, where I thought I could find water, but was repeatedly disappointed,” he says. 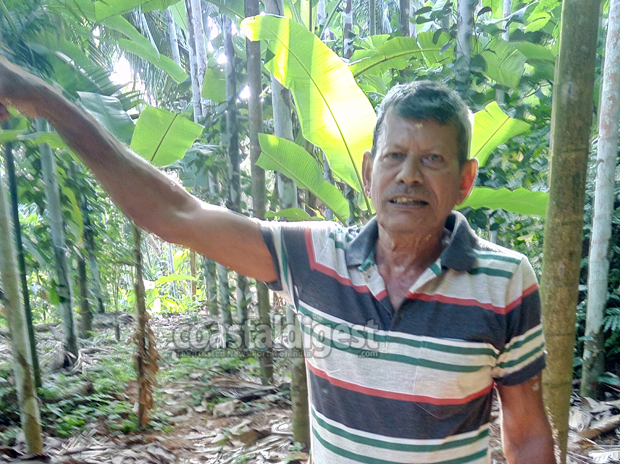 In the pursuit for water, Naik says he has been mocked and even called names by locals for wasting his time. “I didn’t mind being called names, but I continued my effort for about 6-7 hours, day or night. At times I had to either crawl or squeeze myself between tiny spaces to get through these tunnels and excavate soil. My wife would not be happy, when she would come searching late at night,” he says.

For close to five-years, Naik failed in his endeavour. “Except rainy season, I never gave up on the excavation work. But by then, I had dug about four tunnels and not coming face to face with water was a bit unsettling,” he says.

It was only when Naik struck the sixth Suranga, in a bit further location that Naik felt some wetness in soil, which was an indication for the presence of water in the area.

With the new found development, Naik’s optimism had no bounds, he immediately went further to a higher topography and aggressively dug to find water and he did.  “It made me confident to probe further and I dug another one for domestic consumption,” he says.

To boost the texture and moisture of the soil, Naik also created small ponds across several places in the farmland which would capture rainwater, which Naik had learnt in an agriculture workshop. Naik even placed close to over 5,000 laterite stones to build retaining walls and prevent soil erosion.

Slowly the efforts paid-off, the same land which earlier harboured fragmented grass patches, eventually saw the growth of banana, cocoa, pepper vines, coconuts and areca-nuts. Besides, the farmland also hosts eight to ten honeycombs, alongside a vegetable garden where he grows ladies finger, cucumber, brinjal and so on.

Naik’s farm has become a must see model-farmland and has over 500 visitors a year. “When people visit, I feel very happy,” says Naik.

Sticking to his principle of Hasige Iddastu Kaalu Chachu (Being content with what one has), Naik says he would use only one acre of land for cultivation. “In another, I have built a house and want the same land to grow as natural forest so that future generation can benefit from it. If my experience can help others learn to make profit out of farming, then that would make me content,” he says. 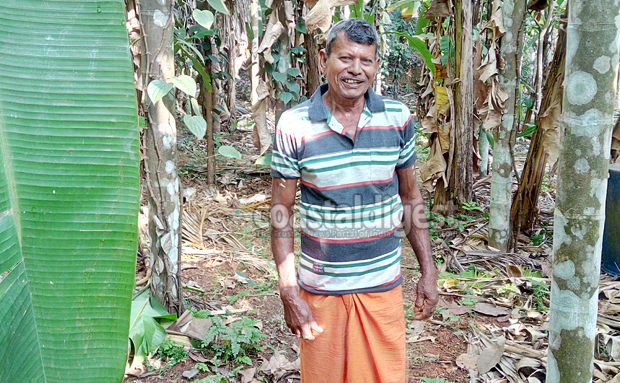 Wonderful....for sharing your story on how it’s possible to revive water and increase the water table and make a living too..

Well done, Mr. Naik! Very happy that all your hard work paid off.