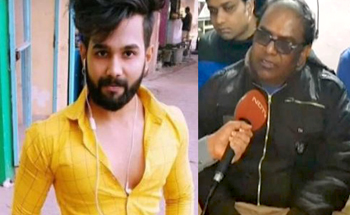 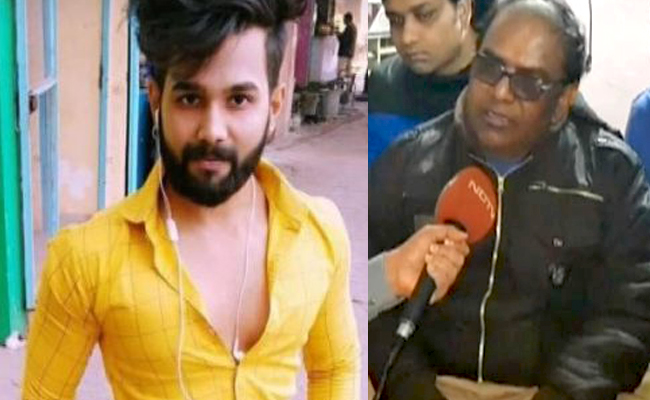 New Delhi: Days after 23-year-old photographer, Ankit Saxena, was brutally stabbed to death by the family of his Muslim girlfriend in west Delhi's busy area Khyala in full public view, the bereaved father of Ankit said that the murder should not be given a communal twist and exploited to whip up trouble.

"I don't want any inflammatory statements. I feel very saddened by what happened, but I don't want anyone to create a hostile environment against Muslims. I have nothing against any religion," Ankit's father Yashpal Saxena said.

"Yes, those who killed my son were Muslim...but every Muslim can't be branded for this. Don't use me to spread communal tension, don't drag me into it...I appeal to everyone not to link this to religion and vitiate the atmosphere," he said.

Ankit was attacked and stabbed by his girlfriend, Shehzadi's father, mother, uncle and 14-year-old brother on a road near his home in west Delhi on Thursday February 1. In CCTV footage, he was seen talking on the phone just moments before he was attacked.

"It is very sad...A person's throat is slit, that too with such planning and precision that a man dies within two-three seconds. There were thousands there, but not one person helped or tried to take him to a hospital," lamented Yashpal condemning that people were just watching his son die.

Ankit, he said, kept shouting to his girlfriend's mother, "Aunty, I have done nothing... I didn't take your daughter. Whatever you want to do, I am here." But seconds later, he was on the street, his throat slit.

Finally, it fell on a shattered father to carry his son's limp body to the hospital.

"I was in shock at the sight of my son's bloodied body. Crying, screaming, I somehow took him to hospital. I had a tiny hope that maybe he is alive and just unconscious, maybe by some miracles doctors can save him. But nothing like that," he said, breaking down.

Yashpal said he was unaware of Ankit's relationship, though he knew his son was friends with Shehzadi.

Ankit and his girlfriend Shehzadi were neighbours a few years ago. The family moved away but the two continued seeing each other, the police believe. The woman's family was strictly opposed to the relationship because Ankit was Hindu.

"Ankit told me, don't worry. If there is anything, I will tell you myself. You can arrange my marriage but I will be the one to choose. I felt reassured that everything was fine...I had no idea...," Yashpal said.

Ankit's father wants his son's killers to be hanged.

On Thursday evening when Ankit's mother was informed about her son being stabbed by Shehzadi's family, she rushed out of their home and trying to stop the assault, but she too, was attacked.

In front of his helpless mother, Ankit was stabbed in the neck with a knife by his girlfriend's father and uncle.

The situation remains tense in the area in west Delhi and police personnel have been deployed to check any possible fallout of the killing.

words cannot express , for the tragedy , killers should be punished severly ,

my deep condolences to the parents of Ankhit

Heartfelt condolenses to Ankit;s parents.  This is absolutely wrong.  Parents of the girls should have consulted with parents of Ankit and taken necessary step.   they should not have killed Ankit.  This is not justifiable.  I appreciate and respect Ankit Father for not turning the issue as communal as certain political party may misuse it.   My heart is with Ankit and his parents.  I condemn the henious act of shahzadi relatives.   there are other options too to solve the issue.   Killing someone is not a solution for everything.   I know that they did it in anger.  But, they should have controlled their anger.    This reminds me about the case of one innocent Muslim boy who was tortured by mad sangh parivar mob in Kashgunj.   Though this boy lost his eye sight, he pardoned the attackers and requested his relatives to be clam.   I salute the statement of Ankit Father.   He is a real human being.  May God bless him and his family.   May Ankit soul rest in peace.