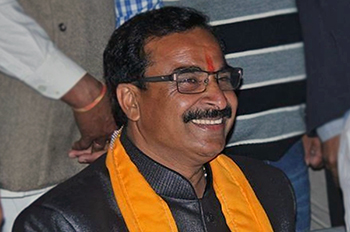 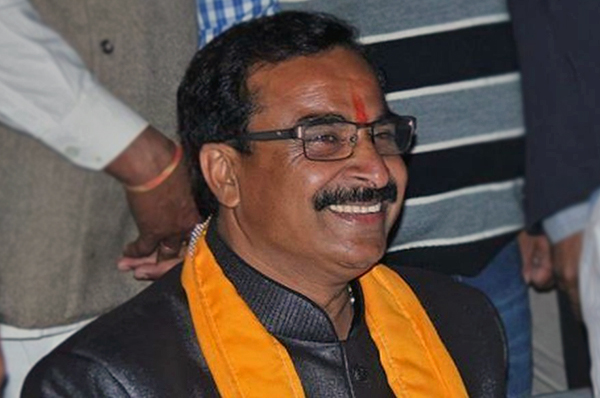 Bhopal, May 6: A legislator of the ruling Bharatiya Janata Party in Madhya Pradesh has found out a new way to prevent Hindu girls from falling in love and marring men of their choice.

According to Gopal Parmar, MLA from Agar constituency, if a Hindu girl falls in love with a Hindu man of her choice and marries her without parents’ permission, it should be considered elopement and if a Hindu girls marries a Muslim man it should be called ‘love jihad’, a term often used by communal hate mongers.

In an interview the hardline Hindtuva leader said that he supports early marriages because child marriages, including those involving grooms and brides who never saw each other before, used to last “forever”, unlike divorces that are commonplace today.

“Earlier girls and boys used to marry before they turned 18 and 21. Marriages were fixed when they used to be of tender age, and did not go astray…or (they did not) think of anyone else. Now they meet at coaching classes and some fall prey to vices like ‘love jihad’,’’ he said.

Linking late marriages to the so called “love jihad”, the BJP leader said girls are “emotional” and that they “get carried away” when someone offers to help them by changing name and identity.

“I married as a child, and I ensured that marriages of my children — two daughters and a son — were fixed before they attained the legal age of marriage,” said the 53-year-old MLA.

Please don't listen to this uneducated BJP moron. Please educate your daughters and then get them married. so they can standup on their own feet if needed. Regardless of your religion.

This prooves, with the present goverment of fools we are already gone 100 years backwards in developement.

Rubbish... Who made such fool as MLA

People wont learn from this. They need experience. If RSS not in India, Muslims people may convert India into a Muslim country

Hello cow dung brain man sangeeth...muslim ruled indian for 1000 years..that time all hindu are happily living together....when maron people org  RSS came to our land all destroyed.. you are the people who became the first slave of british and licking there boot for power plz check the history..you people are coward..you can sell your family & soul to BJP maron party but not all esteem hindus...keep in mind lion is always lion...its image will not fade if some name sake maroon make comments...jai india.. jai hind

He said the truth. It is better than love jihad

Shame on you.. should punish him for the nonsense statement

Should arrest him and give him punishment for promoting child marriages.

In headline, no need to mention its BJP MLA. "MLA" is enough. We knew, only BJP MLAs are fools and they will only utter such nonsenses