Belagavi, Apr 15: The next government, irrespective of its party, will have to construct the Ram temple at the land of Babri Masjid, according to Vishwesha Tirtha Swami of Pejawar Mutt.

Speaking to media persons here the sere said the temple and the mosque can co-exist at Ayodhya, but the mosque should be at a distance from the temple to avoid any dispute.

“I stand by my view that Ram mandir should be built at Ayodhya. However, it has to be done according to rules. The Parliament and Constitution are the ultimate authorities. I will not speak in detail as elections are under way,” he said.

“People will decide who will form the next government,” he said in response to a question.

The seer told presspersons at the Vidyarthi Bhavan in Tilakwadi that the Narendra Modi government had promised to build the temple, but could not do it in this term owing to some reasons. “Some parties and leaders like Mamata Banerjee and Mayawati have opposed it. The Congress has not clarified its stand on the issue. Moreover, the issue is in court. What can the Union government do now?,” he asked.

On the Lingayat issue, he said: “Lingayats are Hindus. All those who worship Lord Shiva are Hindus. The Lingayats and Veerashaivas should not be separate entities. They should not move away from Hinduism. Minister M.B. Patil may oppose this and say that I should not speak about issues concerning them. But is it wrong to speak out when our brothers want to separate from us?” he wondered.

He said he was planning to organise an Iftar dinner for Muslims in the Udupi mutt this year too.

The seer said that the Udupi Krishna Mutt had organised a series of religious and welfare programmes on the 5th Paryaya (alternative worship ritual).

The Ananda Teertha residential school and college will be set up in the birth place of Pajaka near Udupi. Education would be provided free of cost. Students will be taught the Hindu way of life and culture. Students of all communities are welcome, he said.

An education institution will be set up in Hubballi for the benefit of the people of north Karnataka. A hostel is being built in Maratha Halli near Bengaluru, he said.

this guy is not saint he is dalal of BJP....he put ornage cloth to fool people of DK....no hindu religion teaches to worship IDOL or stone made by man....this is totally foolishness..

GOD created man to worship him alone not the material made by GOD...understant hindu scripture...brahmin hide this from common hindu so they will gain wealth, power & evevything....

my dear hindus open you book veda and read what it says...come to the common terms....never ever trust this man who is criminal and burn in hell fire after his death...

Your comments are most welcome.

Babri Masjid was there in the same place and let it be there.  why dont you build a Mandir at a distance from the Masjid where it is located since years.

So far no evidence has been provided or collected by the court to provide the judgement in favor of Mandir.

Udupi, Jan 15: A man has lost his life after being bitten by a venomous snake at Hengavalli, a remote village in Kundapur taluk of Udupi district.

The victim has been identified as Mohammad Aalm, a local resident.

It is learnt that the incident took place when he was trying to catch a snake near one of his friend’s house in his village.

He was immediately taken to a hospital in Halady and after preliminary treatment he was shifted to KMC hospital in Manipal.

However, he breathed his last without responding to any treatment. A case has been registered at jurisdictional Shankaranarayana police station. 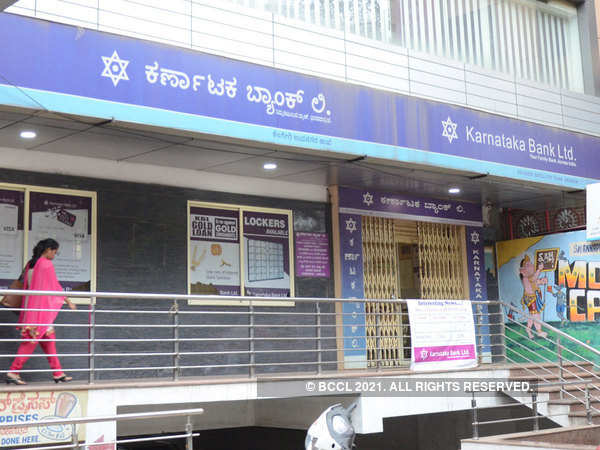 Mangaluru, Jan 12: Karnataka Bank on Tuesday posted a net profit of Rs 135 crore for the third quarter of the current financial year, marking a growth rate of 9.93 per cent as against Rs 123 crore during the corresponding quarter of the previous year.

For the nine months period ended December 2020, the bank posted a net profit of Rs 451 crore as against Rs 404 crore for the corresponding period of last year with a year-on-year growth rate of 11.53 per cent.

The operating profit during Q3 of current financial year was at Rs 438 crore. For the nine months period, operating profit stood at Rs 1,615 crore as against Rs 1,265 crore for the corresponding period of previous year with a growth of 27.67 per cent.

The lender clocked a business turnover of Rs 1.27 lakh crore as on December 31 with deposits of Rs 73,826 crore and advances of Rs 53,187 crore. Retail and mid-corporate advances showed a growth of 9.75 per cent.

"Our efforts to realign the asset portfolio towards retail and mid-corporate advances is paying desired result as they have grown at the rate of 9.75 per cent year-on-year," he said in a statement. 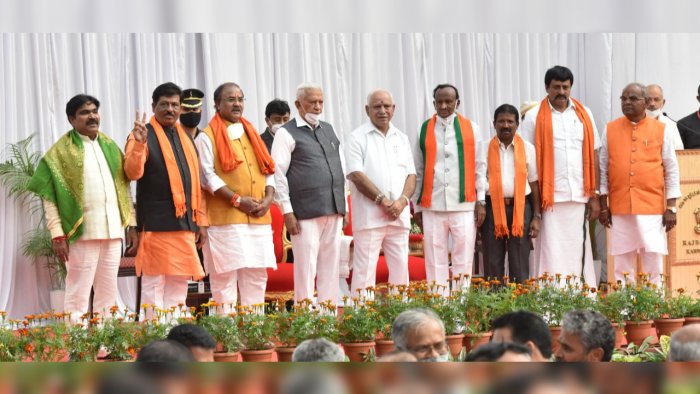 Governor Vajubhai Vala administered them the oath of office and secrecy at the Glass House of Raj Bhavan at around 4 PM.

With 27 members, seven posts were earlier vacant in the cabinet. However, Excise Minister H Nagesh was today dropped from the post.

"We have kept one post vacant, and (regarding) Nagesh...I will discuss with him and try to convince," the 77-year-old Chief Minister today said.

MTB Nagaraj and CP Yogeshwar were earlier with the Congress and R Shankar was an independent who was made a minister in the Congress-JDS coalition government just before it fell last year.