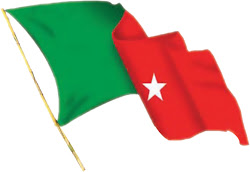 Mangaluru, May 26: The Social Democratic Party of India has said that the 46,839 votes secured by its Lok Sabha candidate Mohammed Eliyas in Dakshina Kannada were the ones of people disgusted by the BJP’s communal agenda and the Congress’s breach of trust.

In a statement, SDPI Dakshina Kannada district unit president Athaullah Jokatte, said that the Congress should take the blame for the rise of BJP in the coastal region as it has failed to effectively counter the latter.

People will pay a heavy price for bringing the BJP back to power for the second term, he said.

Your votes benifited BJP more than congress.SDPI must explain to people what it attained by contesting..only benifited BJP to claim EVM victory.

U are afraid before others to start discussing on the matter.

When u know Congressis the only party confronting e BJP why did yu ditectly contest thus spoiling votes of Congress. You will be answerable to your creator for create worst situation to facilitate the enimy.and what did you achieve by doing so. U should have joined Congress party with your conditions.At least repent for your faults and decide not to  repeat.