Bengaluru, Jun 15: The Karnataka BJP Friday demanded a CBI probe into the alleged financial fraud perpetrated by an investment firm here, leaving thousands of investors in the lurch. 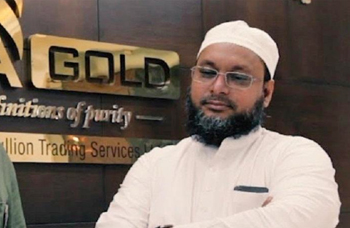 The owner of city-based IMA Jewels owner, Mohammed Mansoor Khan, had disappeared few days ago after allegedly threatening to commit suicide while police formed teams to trace him.

State BJP chief B S Yedyurappa put forth the demand for a probe by the central agency after a group of people belonging to the minority community, most of them investors in IMA Jewels, met him and submitted a petition.

Yeddyurappa assured them that BJP MPs from Karnataka would ensure the central governments intervention and steps to ensure the Enforcement Directorate probe into the case.

"We (BJP) feel that it is our responsibility to ensure that innocents who have lost their money get it back," Yeddyurappa was quoted as saying by BJP in a release.

Only a CBI inquiry can ensure justice to the affected investors, he said, as he held the state government responsible for the "injustice" to the IMA investors.

The BJP leader also promised those who met him that the Centre would take all steps to find out the wherebaouts of IMA jewels owner Mohammed Mansoor Khan.

"While asking him (Mansoor) to come back, Zameer, who is a minister, has said that government is with you (Mansoor), dont fear- what does this mean? chief minister has to answer this," he said.

Hitting back at Yeddyurappa, Zameer Ahmed Khan pointed out that it was he who took initiative after the incident came to light and sought a SIT probe.

"It was not Yeddyurappa. Making speeches sitting somewhere is not enough. We are doing whatever we can. SIT is probing...," he said.

Nearly 30,000 complaints have so far been received by police in connection with the case, relating to which seven directors of the firm were apprehended on June 12 .

As the audio went viral, panicked investors, most of them Muslims, had swarmed the firm's office at Shivajinagar in thousands, demanding action against the owner and directors.

Khan in an audio clip had purportedly said he was committing suicide as he was fed up with corruption.

He had also alleged the Shivajinagar Congress MLA Roshan Baig took Rs 400 crore from him and was not returning the money.

Baig had rubbished the charge, alleging that his political adversaries had orchestrated the "series of events" to tarnish his character.

On June 12, The Karnataka government had formed a 11-member Special Investigation Team (SIT) to probe the case.

As reports emerged that Khan had fled to Dubai, the SIT said they were investigating his whereabouts.

The Enforcement Directorate also filed a case of money laundering in the alleged ponzi scheme.

The agency's zonal office here filed an Enforcement Case Information Report (ECIR), equivalent to an FIR, and has pressed criminal charges under the Prevention of Money Laundering Act (PMLA), officials had said.

Good suggestion by BSY.  It is as if he is declaring himself as saint.   Let him first give accont of billions of rupees looted while he was CM of Karnatka.   He has property worth billions of rupees.  Will he agree to investigate his own property.  IMA issued is required to be investigated but BSY need not advise any one on the issue as he himself is a big looter.   May be he has some link with owner if IMA and have invested few millions there.  BSY share in IMA is requried to be investigated.