Mid-term polls in Karnataka would be burden: DVS 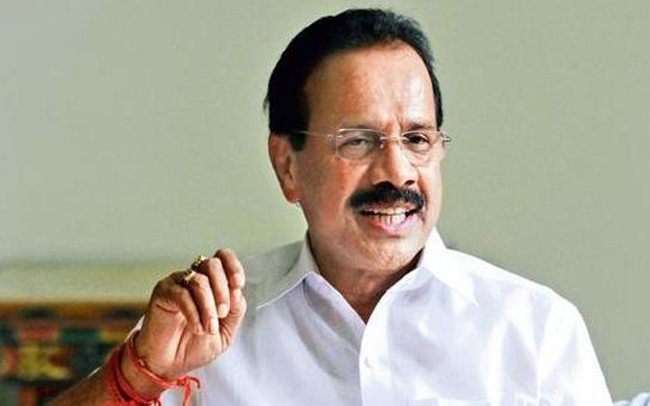 Bengaluru, Jun 24: Union minister D.V. Sadananda Gowda on Sunday said mid-term polls would be an additional burden on the people of Karnataka and if given a chance the BJP would “rectify things”.

Speaking to reporters after inaugurating a Pradhan Mantri Jan Aushadhi Kendra at Nelamangala on the city outskirts, the minister for chemicals and fertilisers said elections bring to halt all development works.

“Mid-term poll is a burden on the people. Under the present circumstances, let new government take over but burdening people with mid-term poll is not proper,” Mr Gowda said.

“We don’t like to trouble people just to achieve our political ambitions. If they cannot rectify things then we will do it if given a chance,” he added.

He said development works could not be done in the last three-four months due to the Lok Sabha elections and a mid-term poll in the state would result in a similar situation for another 40 to 50 days.

“It will ultimately result in additional burden on the people. This is not good,” Mr Gowda pointed out.

The comments came days after JD(S) supremo H.D. Deve Gowda created a political storm by saying mid-term poll in the state was imminent amid squabbling in the ruling coalition. However, later he retracted the statement, saying he was referring to the local body elections and not the assembly polls.

BJP state president B S Yeddyurappa said his pa-rty would not let it happen and would take the re-igns of power in the state to avoid mid-term polls. He said the coalition government has become a hub of confusion and internal fights.     —PTI

Chief minister H.D. Kumaraswamy, his son, was also quick to get into damage control and asserted that his government was safe. Congress leaders like former chief minister Siddaramaiah and deputy chief minister G Parameshwara too ruled out the possibility of mid-term polls and said the government was stable and would continue for the next four years. BJP state president.

Mid-term polls in Karnataka would be burden: DVS