Mangaluru, May 26: The Social Democratic Party of India has said that the 46,839 votes secured by its Lok Sabha candidate Mohammed Eliyas in Dakshina Kannada were the ones of people disgusted by the BJP’s communal agenda and the Congress’s breach of trust.

In a statement, SDPI Dakshina Kannada district unit president Athaullah Jokatte, said that the Congress should take the blame for the rise of BJP in the coastal region as it has failed to effectively counter the latter.

People will pay a heavy price for bringing the BJP back to power for the second term, he said.

U are afraid before others to start discussing on the matter.

When u know Congressis the only party confronting e BJP why did yu ditectly contest thus spoiling votes of Congress. You will be answerable to your creator for create worst situation to facilitate the enimy.and what did you achieve by doing so. U should have joined Congress party with your conditions.At least repent for your faults and decide not to  repeat.

Your votes benifited BJP more than congress.SDPI must explain to people what it attained by contesting..only benifited BJP to claim EVM victory.

God will help you only if you put all your efforts: Siddaramaiah on Sriramulu's comment

Bengaluru, Jul 16: Former Karnataka Chief Minister Siddaramaiah on Thursday hit out at state Health Minister B Sriramulu for stating that "only God can save Karnataka" from COVID-19 and asked him to resign from his post.

Speaking to media here in Bengaluru, Siddaramaiah said, "The government cannot say that we are helpless. Why is the government in power? You have power and you have money. It is your primary duty to serve the citizens of the state."

On being asked about Karnataka Health Minister's statement, the Congress leader said: "Let him resign and go out. God will help you only if you will put all your efforts."

Meanwhile, President of the Karnataka Pradesh Congress Committee DK Shivakumar tweeted "Karnataka's Health Minister saying 'Only God can save Karnataka' reflects poorly on @BSYBJP govt's ability to handle the Covid crisis. Why do we need such a government if they cannot tackle the pandemic?"

Sriramulu had said on Wednesday that either people should inculcate awareness or only God can save them from COVID-19.

"Who can save us at this time? It's either God or people should inculcate awareness in them. Congress leaders are involved in political mudslinging at this time. This is not fine and it will not help them in any way," the Minister had said.

"It is a crucial time, in the interest of the general public. I request all the Congress leaders not to indulge in loose talk regarding the issue, it leads to more panic situation among the general public. We are ready to adhere to any punishment if we did any wrong thing," he had added. 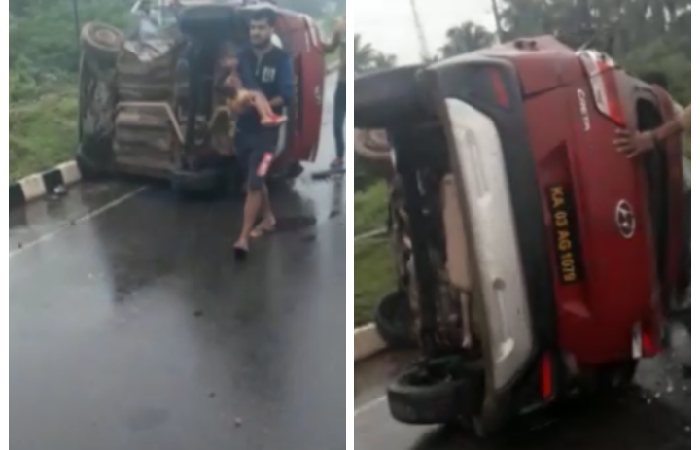 According to sources, two couples and children were travelling in the car from Mangaluru to Shikaripura when the tragedy took place.

The speeding car rammed into the road divider and flipped over after the driver lost control over it near Ambalpady.

Among the injured, the condition of a woman is said to be critical. She has been admitted to KMC Hospital in Manipal. The other passengers escaped with minor injuries.

A case has been registered at Udupi town traffic police station and investigations are on. More details are awaited. 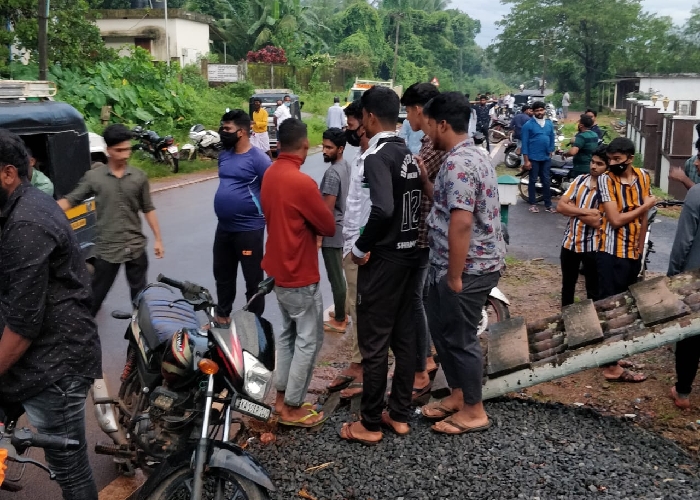 Bengaluru, July 31: Denying irregularities in covid-19 equipment purchase by the Karnataka government, the state unit of the BJP has issued legal notices to Congress leaders Siddaramaiah and D K Shivakumar demanding that they apologize or face a defamation suit.

The notices seek a public apology for the allegations levelled against the government on irregularities in the procurement of Covid-19 equipment and supplies.

Both Siddaramaiah and Shivakumar, the Karnataka Congress president, have been doggedly pursuing allegations of corruption against the BJP government and have demanded a judicial inquiry.

BJP general secretary N Ravi Kumar said that while the Congress leaders claimed that Rs 4,157 crore was spent during Covid-19, they also allege that the government has not responded to any of the 20 letters written by them. "If the government has not provided any answer to the Opposition, where did they get the figures from," he said.

None of the allegations of corruption is specific and the statements made are factually incorrect. "These statements, without any basis, have been issued calculatedly to lower the image and damage the reputation of the government, the Bharatiya Janata Party, representatives of the party and the ministers in the government," the notice issued on behalf of Ravi Kumar read.