Bengaluru, Jul 7: There seems no impact of Covid-19 on kharif crop sowing in Karnataka with the current year actually being ahead of previous years, according to an official here on Monday.

"In agriculture, as far as sowing is concerned, there is no impact of COVID-19," Agriculture Commissioner Brijesh Kumar Dikshit told IANS. One of the reasons, according to Dikshit, is that people in rural areas are aware, but not scared of the pandemic.

"In rural India, coronavirus is there. People are aware, not scared. They are taking precautions, but don't have any phobia," he said.

Another reason was that by June the number of infections in Karnataka was not as high as other states, when a lot of sowing was done, he said.

According to Karnataka State Natural Disaster Monitoring Centre, at 185 mm the state received 14 mm less rain in June against the normal 199 mm. "It's like a normal year, or slightly a good year," he said.

Some crops will be sown in the last fortnight of July and few more will extend up to August 15. "The last two weeks will be critical and on July 31 we should be able to tell whether we are short or ahead," he said.

According to preliminary indications, the Commissioner said the area under agriculture is increasing this year, which could also be because that labourers might have come back. 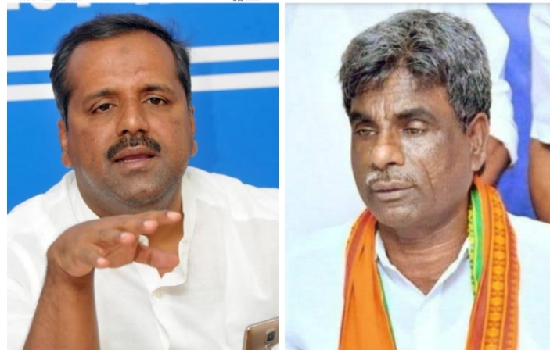 The IAS officer was transferred by the Karnataka government on July 28, a day after a saffron activist issued a death threat against her on social media after she warned of legal action against the miscreants who attack cattle traders.

Condemning the development, Mr Khader had tweeted that the state government has punished the deputy commissioner instead of punishing the culprit, who issued death threat.

It is worth mentioning here that Mr Khader was the district in-charge minister of Dakshina Kannada before Mr Poojari taking over the position.

Meanwhile, police has arrested a person in connection with the death threat against the IAS officer. 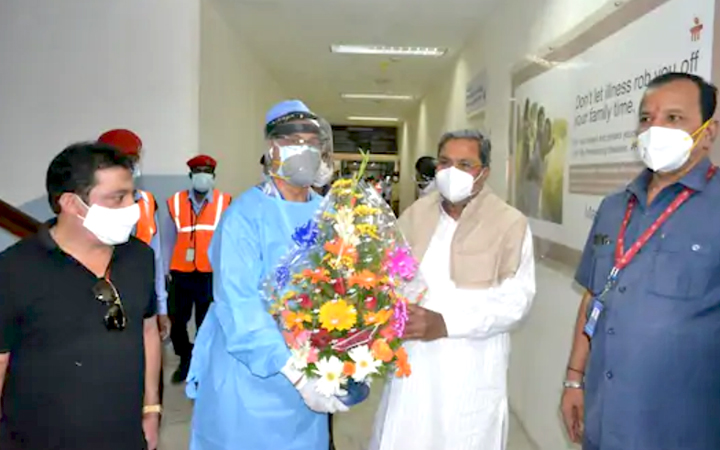 Bengaluru, Aug 13: Former Karnataka Chief Minister Siddaramaiah who was undergoing treatment at a private hospital here for Covid-19 infection has been discharged after recovery, his office said in a statement on Thursday.

He has been discharged after reports of the second test also came out negative, it said.

The statement said Siddaramaiah was admitted to hospital on August 3 for urinary infection and subsequently he had tested positive for the coronavirus infection.

As per the advice of the doctors, he will take rest at home for one week, it added.

The 72-year-old leader of opposition has thanked doctors and medical staff who took care of him at the Manipal hospital for the last ten days.

He has also thanked people of the state and others, who wished his speedy recovery, the statement said.

Hospital was discharged on Monday after recovery. He is currently under self-quarantine at home. 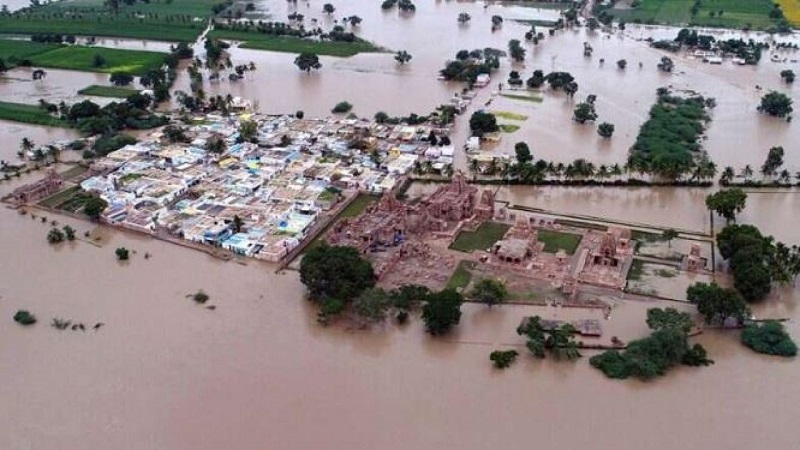 At least 12 districts have been affected by floods caused due to heavy rainfall. A dozen persons have lost their lives, thousands of homes and acres of crops damaged.

Prime Minister Narendra Modi is reviewing the flood situation in Karnataka and he will be briefed by Ashoka and Home Minister Basavaraj Bommai on behalf of Chief Minister B S Yediyurappa, who is in hospital after testing Covid-19 positive.

Karnataka will seek financial assistance from the Centre for the rehabilitation of the flood-affected persons and to rebuild infrastructure. “We will ask for an advance to be given for now,” Ashoka said. “In the last six months, the Centre gave Rs 310 crore for precautionary measures under disaster management. This won’t be enough. We need to provide compensation (for crop losses) and build new homes for people who will be shifted from landslide-prone areas,” he said, adding that the government will send a detailed report to the Ministry of Home Affairs seeking commensurate compensation.

Meanwhile, Leader of the Opposition Siddaramaiah welcomed Modi’s move to review the flood situation in the state, while urging the government to ensure proper financial assistance. “Last year, the CM had estimated damages due to floods at Rs 50,000 cr. He had requested the PM for Rs 35,000 cr but what Karnataka got was just Rs 1,860 cr. Let the ministers be brave enough to ask for the remaining compensation as well,” he said in a tweet.

“Last year, the CM had reported to the PM about only the damages that happened in August. He had not reported about the damages in September-October. The ministers should apprise the prime minister about that as well and ask for higher compensation,” Siddaramaiah added.