Bengaluru, July 17: A teenager who kept messaging a schoolgirl that he was in love with her was reportedly murdered by his relatives in Bengaluru’s Baiyappanahalli.

17-year-old Prajwal -- a resident of Banashankari and from Nagashettyhalli in Doddaballapura -- was beaten with wooden logs by a group of three-four persons, including his uncle (father's brother).

The incident happened around 10.30 pm on Friday behind the Swami Vivekananda Metro Station in New Baiyappanahalli.

According to police, Prajwal was making phone calls to a ninth standard girl, who is also his niece. He also sent her messages reading 'I love you' and also pressurised the girl to respond to him favourably. The girl complained to her parents a few times about the calls and messages from Prajwal.

The girl's family members warned Prajwal not to harass her, but he continued to send messages to her. Hence, his uncle and a few others called Prajwal to New Baiyappanahalli saying that they need to talk to him. Once he met them, they warned him about messaging the girl and beat him mercilessly with wooden logs.

Prajwal collapsed on the spot. The accused rushed him to a nearby government hospital. He was later taken to CMH Hospital where he succumbed to the injuries around 2.30 am on Saturday. The hospital informed the police about Prajwal's death. When the police reached the hospital, they found two of his relatives who had taken him to the hospital.

Baiyappanahalli Police have taken up a case of murder, detained the suspects and are interrogating them. 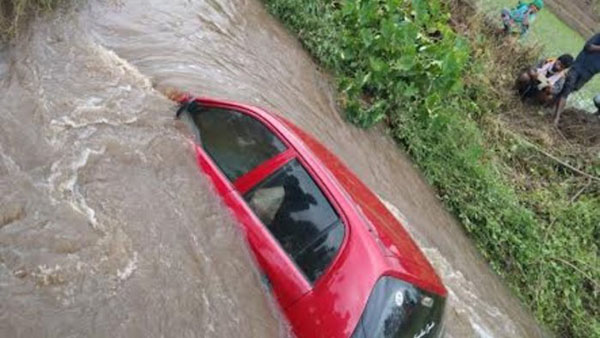 Chikkamagaluru, Aug 9: Heavy rains continued unabated in parts of Chikkamagaluru district submerging low-lying areas and buildings and throwing normal life out of gear in the region.

A 50-year-old man was washed away along with the car he was driving in a swollen rivulet while crossing it at Satholi in Narasimharajapura taluk in Chikkamagaluru district.

The deceased has been identified as Prasanna, a resident of Arashinagere.

In a spate incident two people were rescued from inside a car which was washed away in the flood water at Sakharayapattana in Kadur taluk of Chikkamagaluru. The locals broke the windshield of the car and rescued the people who were inside the car.

Meanwhile, heavy rain continued to lash across Kodagu district on Tuesday. Huge cracks developed on a hillock situated on the side of the Madikeri-Mangaluru road at Madenadu. 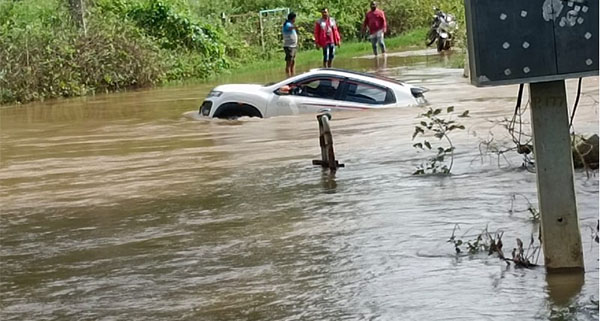 Narayan and Kuldeep arrested in Rajasthan for spying for Pakistan

Jaipur, Aug 14: Two men have been arrested on charge of spying for Pakistan in Rajasthan, director general of police (intelligence) Umesh Mishra said.

Mishra said that Narayan Lal Gadri, 27, one of the two and a resident of Bhilwara, allegedly provided SIM cards of Indian telecom companies to Pakistani handlers to run social media accounts.

He added Kuldeep Singh Shekhawat, 24, the second accused and a Jaipur resident who worked as a salesman at a liquor shop in Pali, was also in touch with a Pakistani woman handler.

Mishra said Shekhawat allegedly operated social media accounts posing as female personnel of the Indian Army. He added the second accused was involved in getting classified information from army jawans by befriending them.

Mishra said the accused were getting money from their Pakistani handlers and that separate cases have been registered against them including under the Official Secrets Act. 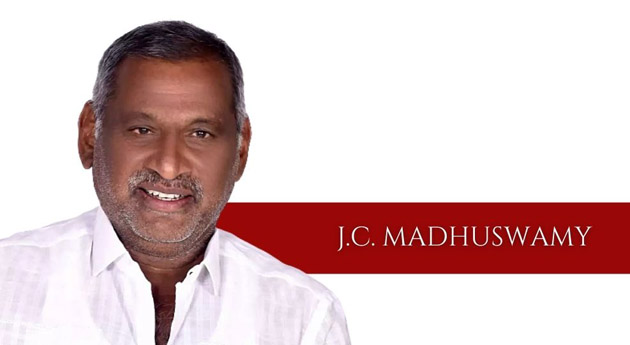 Bengaluru: A massive controversy has erupted in Karnataka over the viral audio clip of a sitting minister, in which he is reportedly heard saying that the chief minister Basavaraj Bommai led Karnataka BJP government is not functioning as there are just seven-eight months left for elections.

In the audio clip, Law Minister JC Madhuswamy is heard telling a social worker that the Basavaraj Bommai administration is 'just managing the government' as there are just months left for the Assembly elections in the state. Reacting sharply to his comments, Madhuswamy's Cabinet colleague and Horticulture Minister Munirathna demanded that the Law Minister should resign as he is a part of the same government he has levelled allegations against.

In the purported audio-tape, which has been doing the rounds of Karnataka's political circles, Madhuswamy was approached by a social worker - Bhaskar, who complained that bank officials were demanding Rs 1300 as renewal fees from farmers over a loan of Rs 50,000. "... bank officials are asking for 1300 rupees as renewal fees & keeping this as interest, this is happening across the state," the social worker says.

In response, Madhuswamy says - "What can I do, I am aware of all of this, I had brought these issues to the notice of minister Somashekar, but he's not doing anything. What can we do? They have made me also pay interest not just farmers... Government is not running here; we are just managing somehow as (elections) are just eight months away, we are pushing things along”

"He says that the government is not functioning and only being managed, he must immediately resign as cabinet minister, he's a part of the govt through the cabinet, he is part of all decisions and discussions undertaken in the cabinet meetings, so if he's making such statements he has a role to play as well, being in a responsible position it's wrong to make such statements, if he really feels like this he must resign from his ministry and then speak," Munirathna said told reporters.