Mumbai, July 2: A chemist in Amravati district of Maharashtra was stabbed to death after he allegedly shared a social media post in support of Nupur Sharma, whose abusive and provocative remarks against Prophet Muhammad snowballed into a major political issue.

The chemist, Umesh Prahladrao Kolhe, was killed on June 21, and five persons have been arrested so far in this connection, an official said.

The incident is being compared with the Udaipur murder in which tailor Kanhaiya Lal was killed in an apparent act of "vengeance" on June 28.

Amravati Police Commissioner Dr Aarti Singh said that five people have been arrested in connection with the murder so far, and the police is searching for the prime accused.

The police have also seized the knife used in the crime and obtained the CCTV footage that captured the events.

"Kolhe ran a medical store in Amravati city. He had allegedly shared a post on some WhatsApp groups in support of Nupur Sharma for her comments. He even shared the post in a WhatsApp group in which some Muslims were also members, including his customers," an official of the City Kotwali police station said.

The incident took place when Kolhe (54) was going home on a two-wheeler after closing his shop while his son Saket (27) and wife Vaishnavi were accompanying him on a different vehicle.

"When all of them reached near Mahila College's gate, two motorcycle-borne men came from behind and blocked Kolhe's path. A youth alighted from the motorcycle and stabbed Kolhe on his neck with a sharp weapon and escaped from the spot. Kolhe collapsed on the road in a pool of blood. Sanket rushed him to a hospital, where he died," the official said.

Thrissur, July 31: In a suspected case of monekypox infection, a 22-year-old man died at a private hospital in Kerala’s Thrissur on Saturday, days after returning from high-risk UAE.

The health officials have sent the samples of the deceased to the National Institute of Virology at Alappuzha, for confirmation. The family members of the deceased have been asked to cremate the body as per the WHO protocols.

According to the doctors, the patient was having symptoms similar to that in monkeypox. “There were no red marks or blisters when he got admitted. But later such symptoms started appearing on his body,” one of the doctors reportedly said.

Since the patient had come from the high-risk UAE, he was admitted to an isolation ward. He was suspected of being hit with tuberculosis and was sent into isolation at a hospital as tests were carried out.

The relatives said that the man had returned from the UAE three days ago and was suffering from high fever. However, red blisters started appearing on his body raising doubts of monkeypox.

The health officials, meanwhile, said that people should not panic unless the deceased reports are out.

As per the initial reports, the man didn’t have full-blown monkeypox symptoms. So, there are chances that the report may come back negative.

“Of thousands of cases reported across the world, only five deaths have been reported from monkeypox so far,” an official said.

Will examine the reasons behind the death of a 22-year-old young man who recently returned from UAE and allegedly died due to monkeypox a day ago, Kerala Health Minister Veena George said on Sunday.

With the swab results of the deceased patient yet to be reported, the health minister said that the patient was young, did not suffer from any other illness or health problems and therefore, the health department was looking into the cause of his death.

She said they will also be examining why there was delay in his hospitalisation after he arrived here from UAE on July 21. "This particular variant of monkeypox is not as highly virulent or contagious like Covid-19, but it does spread. Comparatively, the mortality rate of this variant is low. Therefore, we will examine why the 22-year-old man died in this particular case as he had no other illness or health problems," the minister told media.

Since this variant of monkeypox does spread, therefore, all necessary measures have to be taken and have been taken to prevent the same, she added. The minister also said that there were no studies available about this particular variant from other countries where the disease has been detected and thus, Kerala was carrying out a study on it.

In the wake of serial communal killings, Deputy Commissioner Dr KV Rajendra on July 29 had issued an order to close all shops in the district from 6 p.m. to 6 a.m. till August 1.

However, following the request from the police department, the DC extended the same restrictions for two more days.

Emergency services, hospitals, medical shops will be exempted from the order and can function normally.

The DC has also directed local authorities to keep a watch on shops in their respective jurisdiction. 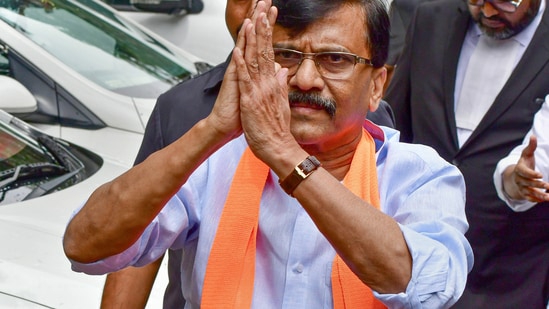 Mumbai, July 31: The Enforcement Directorate (ED) officials on Sunday conducted search and questioning at Shiv Sena MP Sanjay Raut's house in Mumbai after he skipped summons twice for questioning in a money-laundering case. The Shiv Sena leader was summoned by the probe agency on July 27 after he skipped an earlier summon citing the ongoing Parliament session in Delhi.

At 7 am, the probe agency team, accompanied by CISF officials, reached Mr Raut's home in Bandup in eastern suburbs of Mumbai and began the searches.

The Enforcement Directorate wants to question Mr Raut, 60, in connection with the re-development of a chawl in Mumbai and related transactions involving his wife and close associates. Mr Raut, who is in the Uddhav Thackeray camp, has denied any wrongdoing and alleged that he is being targeted due to political vendetta.

"...False action, false evidence...I will not leave Shiv Sena...Even if I die, I will not surrender...I have nothing to do with any scam. I am saying this by taking the oath of Shiv Sena chief Balasaheb Thackeray. Balasaheb taught us to fight. I will continue to fight for Shiv Sena," Mr Raut tweeted shortly after probe agency officials' visit to his home.

Meanwhile, the BJP has welcomed the ED raids at Raut's house. "I am very happy that the ED has intensified its investigation," BJP leader Kirit Somaiya said. BJP leader and MLA Nitesh Rane said that the money of poor Marathi people has been swindled and the ED action was appropriate.

While the ED investigations were under way at his home, Raut's brother and two-time Vikhroli MLA Sunil Raut too was present.

The Rajya Sabha MP was questioned for about 10 hours on July 1, during which his statement was recorded under the criminal sections of the Prevention of Money Laundering Act.

In April, the Enforcement Directorate attached assets worth over ₹ 11.15 crore of Mr Raut's wife Varsha Raut and two of his associates as part of its probe.