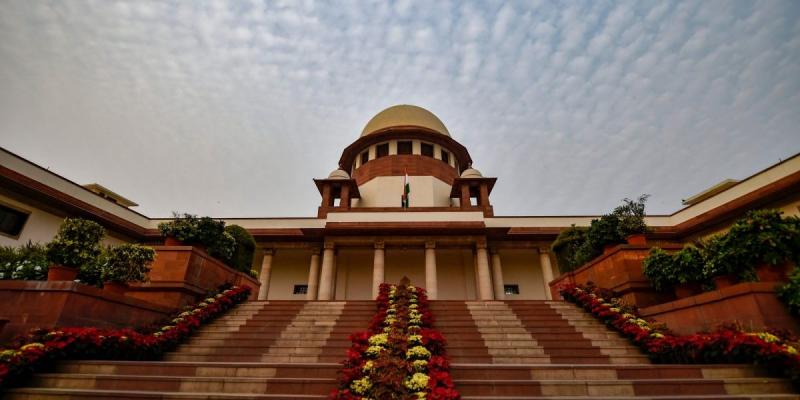 New Delhi, Jan 12: The Supreme Court on Tuesday stayed the implementation of three farm laws and asked the committee formed by it concerning the three farm laws to submit its report within two months.

The court said the first sitting of the committee, formed to listen to the grievances of farmers and views of the government, should be held within 10 days.

"The committee should file the report within two months before the Supreme Court. First sitting to be held within 10 days," the three-judge bench of the Apex Court, led by CJI S A Bobde said in its order today.

The court also expressed hope that the farmers' protests will be called off after it stayed the operation of the new farm laws.

It said that the MSP system as it existed before the enactment of the laws must be continued.

"No farmer must be dispossessed or deprived of his title as a result of any action taken under the laws," the bench of the Apex Court today said.

The committee has been constituted for the "purpose of listening to the grievances of farmers relating to the farm laws and views of the government to make recommendations".

The court said the panel shall be provided a place in Delhi and government will bear its expenses and provide secretarial assistance.

The representatives of farmer bodies, whether they are holding a protest or not and whether they support or oppose the laws, shall participate in the deliberations of the committee and put forth their viewpoint, the court said.

‘Covaxin’ and ‘Covishield’ vaccination drive on Jan 16: No answer from govt on who would get what

India is all set to kickstart the world's biggest Covid-19 vaccination drive with two shots – Covaxin and Covishield tomorrow (on January 16). But there are no clear answers from the government on as both vaccines would be treated equally at the ground level though Covaxin lacks efficacy data.

Prime Minister Narendra Modi on Saturday morning will launch the campaign at 3,006 session sites across all the states and Union Territories and around 100 beneficiaries would be vaccinated at each site. Healthcare workers, both in government and private sectors including ICDS workers, will receive the vaccine in this phase.

Multiple public health researchers told DH that there were "no specific instructions given to the states on which vaccine is to be used for which category of workers".

"There are no specific instructions on which vaccine is to be used for which category of workers. The stock will be used as per the recipients' lists. Some will indeed get Covaxin as, according to the programme, all vaccines are being treated equally," said a senior public health specialist in Delhi.

The two-vaccine rollout comes amid concerns among a section of scientists, medical researchers and policy planners on the governmental push being given to the Bharat Biotech vaccine without the efficacy data even though the epidemic has been on a decline since September.

"The government has still not clarified the basis of the original unusual approval for Covaxin use and the actual terms and conditions under which its 'emergency use' is to be done," said senior scientist Satyajit Rath, a visiting faculty at the Indian Institute of Science, Education and Research, Pune.

"Not waiting for preliminary Covaxin efficacy evidence to actually start quite small numbers of injections of Covaxin is simply one more step in a process which seems more focused on nationalist brownie points than on substantive public good."

Earlier this week, health officials stated there would be no choice for the vaccine recipients. Health Secretary Rajesh Bhushan asserted that no other country offered such a choice.

"Providing a vaccine without adequate efficacy data can lead to a false sense of security among vaccine recipients. A greater degree of transparency prior to the start of the vaccination programme is essential. This is especially true for Covaxin for which phase-3 safety and efficacy data are not yet available," said a group of scientists from the Indian Academy of Sciences in a statement.

But another group of researchers – backed by BJP – came out openly in support of the two vaccines asking the people to "reject the manipulations of vested interests aimed at politicisation and defamation of our nation's scientists, doctors and scientific community for their narrow vested interests".

Russia began mass trials of EpiVacCorona, which is being developed by Siberia's Vector Institute, in November.

Moscow has said its other approved Covid-19 vaccine, Sputnik V, is 92% effective at protecting people from Covid-19 according to interim results.