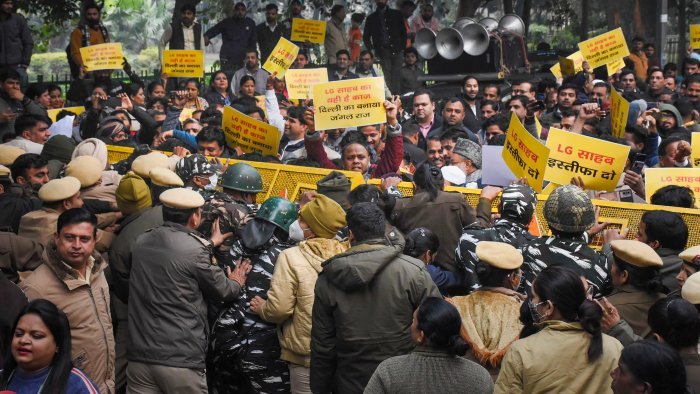 New Delhi, Jan 3: Twenty-year-old Anjali was with her friend Nidhi on the scooty while both were returning home before the two-wheeler collided head-on with a Maruti Baleno car in the early hours of January 1. Due to the impact, Nidhi was tossed off the pillion seat while Anjali got stuck beneath the car that dragged her for several kilometres which eventually resulted in her painful death.

"After the collision, Anjali went under the car and I was thrown to the ground. The car did not stop and moved forward with Anjali stuck beneath, shouting for help. A few meters away, the car stopped. They (car occupants) might have felt something was stuck under the car and they reversed... again moved the car forward twice... and then drove away," Nidhi, an eyewitness of the incident, said while recalling it.

"... no songs were being played in the car. They did it intentionally, and they knew she was under the car. My home is not much far from the site of the accident. When I reached home, I was in fear and hopeless... I narrated the incident to my mother," said Nidhi.

Her statement was also recorded in presence of the magistrate on Tuesday.

Earlier, the CCTV footage outside the Oyo Hotel was also recovered by the police where the victim and Nidhi were seen arguing on December 31, 2022 before the incident.

"We were coming home after the party. She was bit drunk, I had asked her to hand me over the scooty key but she wanted to drive. We were arguing on who will drive the scooty," said Nidhi, who also sustained minor injuries on her left hand in the incident.

As per sources, the accused drove the car for 90 minutes with Anjali stuck under it.

The police have arrested five persons, who were in the car when the incident took place. They have been identified as Deepak Khanna, Amit Khanna, Krishan, Mitthu and Manoj Mittal.

Amit (25) works with SBI Cards in Uttam Nagar, Krishan (27) works at the Spanish Culture Centre, Mitthu (26) is a hairdresser at Naraina, while Manoj Mittal (27) is a ration dealer in Sultanpuri who is also a BJP worker.