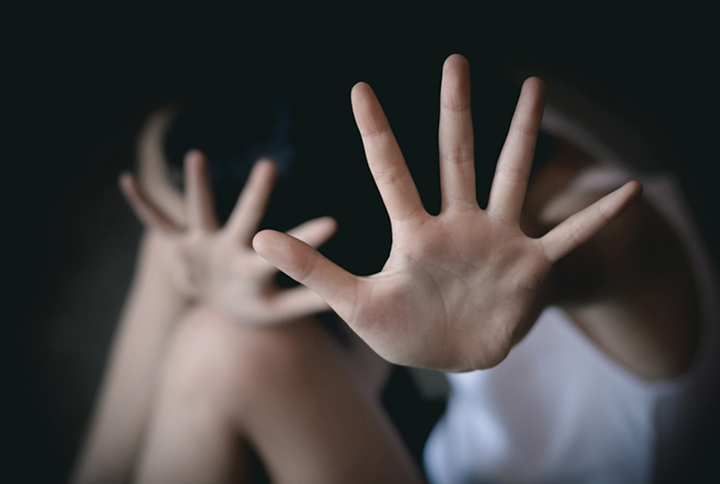 Lucknown, Oct 14: The violence against women has continued unabated in Yogi Adityanath-led Uttar Pradesh. Amid the outrage over gang-rape and brutal murder of a woman in Hathras, two teens - one a gang-rape victim and the other a victim of molestation-allegedly killed themselves in different parts of Uttar Pradesh.

A 15-year-old girl, resident of Chitrakoot district, about 350 kilometres from Lucknow, who had been gangraped by three youths of her village last week, died by suicide in her house, on Tuesday.

The minor, who hailed from a Scheduled Caste (SC) community, hanged herself using her 'dupatta', police sources in the state's capital said.

The mother of the first victim said that three youths of the village had kidnapped the victim and had gang-raped her after taking her to the nearby forested area. The family did not lodge a police complaint fearing social humiliation.

''My daughter had stopped speaking after the incident,'' the distraught mother told the cops. Two cops, including the in-charge of the local police station, were suspended for laxity, sources said.

In another incident, a 17-year-old alleged victim of molestation killed herself by jumping into a well in UP's Pratapgarh district, about 200 kilometres from Lucknow, on Tuesday.

The father of the teen said that some youths from the village used to stalk her on the way to her college and passed lewd comments at her. ''We had complained to their parents....we did not approach the cops fearing loss of family reputation....it had been going on for the past six months,'' he said.

Police said that a case was lodged and a hunt was launched to nab the culprits. 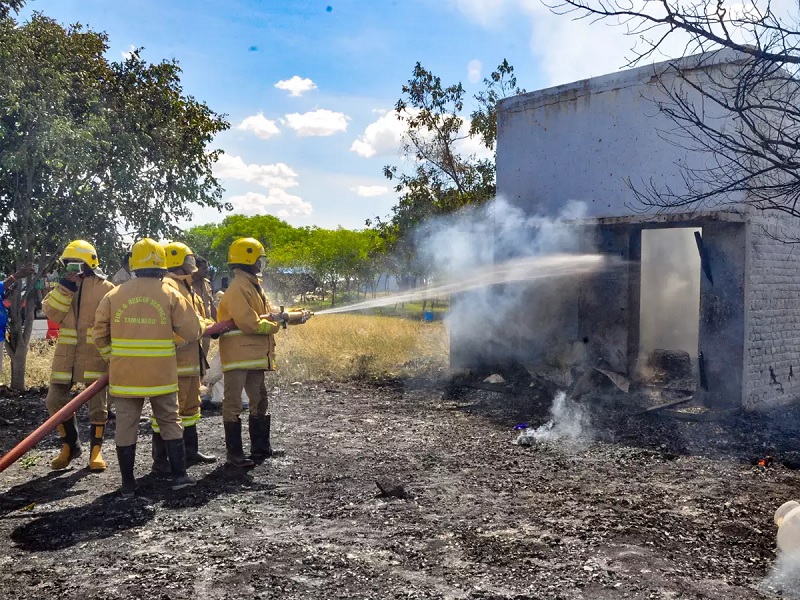 Madurai, Oct 24: The toll in the blast at a fireworks factory in Madurai mounted to seven on Saturday with two more women workers succumbing to injuries and the manager of the manufacturing facility has been arrested, police said.

All the seven victims were women.

The blast was triggered when explosive ingredients were handled by workers for the manufacturing process at the factory on Friday.

Five workers were charred to death and over five others sustained injuries.

Two women, who fought severe burn injuries, meanwhile, died without responding to treatment at a hospital here, police said, adding the manager of the private unit was arrested.

A probe was on into the blast and efforts are on to arrest the owner of the firm who has gone absconding, police deputy superintendent, (Peraiyur), Mathiazhagan said.

An office-bearer of a Sivakasi based association of firecracker unit workers, Karmegam Pandian, alleged that several units functioned without proper licence and did not follow mandated safety measures to avoid mishaps.

He urged the government to close down such units.

"There is sufficient employment opportunities in well established factories with proper licence and they adhere to safety norms that are stipulated.

Workers should seek jobs only in such units," he said.

Chief Minister K Palaniswami condoled the deaths and announced an ex-gratia of Rs two lakh each to the next of kin of the deceased.

He also announced Rs one lakh to those who had sustained grievous injuries.

Will retire from politics if BJP’s allegation against me proved: Mithun Rai 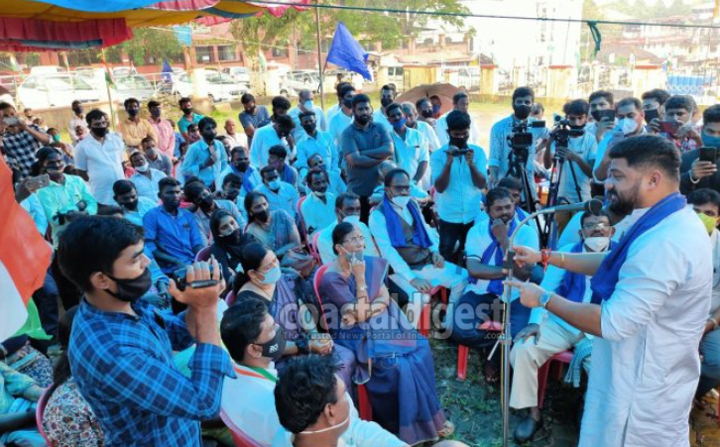 Puttur, Oct 13: Dakshina Kannada District Youth Congress President Mithun Rai has said that he would quit politics if the allegations leveled against him by BJP are proven to be true.

“The BJP leaders have been accusing that I have insulted Nath tradition and Jogi community members. If BJP leaders prove it, I am ready to retire from active politics and to sacrifice my life as well,” Mr Rai said addressing a protest organised to condemn the Hathras gang-rape incident at Puttur on Monday.

“I have great respect for the Nath tradition and Jogi community. However, the BJP has been levelling allegations against me. I will continue my fight till the Hathras rape victim gets justice and Yogi Adityanath tenders resignation from the post of Uttar Pradesh Chief Minister,” said Rai.

Telangana floods toll goes up to 70; govt on alert with fresh spell forecast 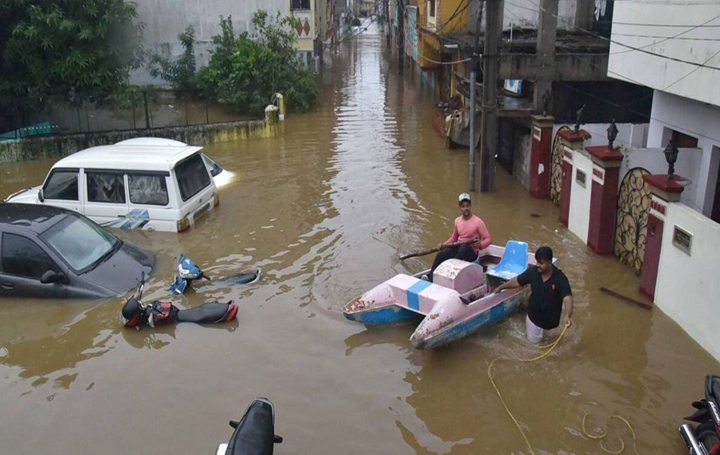 Hyderabad, Oct 19: As many as 70 people died in rain-related incidents during the past one week in the state, Telangana Minister KT Rama Rao said on Monday even as he requested people in low-lying areas of the city to evacuate and move to relief camps as the Met department predicted heavy rains in the next two days.

Speaking to the media, KTR, as Rama Rao is also known as, said the city received the second-highest recorded rainfall after 1908, which forced the state government to relocate about 37,000 from low-lying areas to relief camps.

According to him, 33 people in Greater Hyderabad Municipal Corporation (GHMC) and adjoining areas, and 37 people in districts have lost their lives.

Urging people living in low-lying areas to shift to safer places and government-run relief camps following the India Meteorological Department's warning of insidious rainfall, the minister said thousands of people will be moved to the camps in the next two days.

"We will minimise the life loss or will zero down the life loss as much as we can. (There were) 33 (deaths) in GHMC (Greater Hyderabad Municipal Corporation) and about 37 (casualties) in districts. So, altogether 70 people have lost their lives," the minister told reporters.

He said, of the 33 casualties in the GHMC area, kin of the 29 deceased were compensated. A state government release on October 15 said the toll was 50 due to rain related incidents.

"IMD (India Meteorological Department) has already warned us that there would be heavy rainfall accompanied by thunderstorms. We know exactly which areas would be inundated. We are going to evacuate those colonies. We will go house by house and evacuate them. Thousands of people will be evacuated today, tomorrow and day after," he added.

Rama Rao said the state government was in touch with the Army and National Disaster Response Force (NDRF) to keep helicopters on standby in case of requirement as the MET department forecast heavy rains in the next two-three days.

A fresh spell of heavy rains on Saturday night caused flooding on Sunday in parts of the city after it last week witnessed one of the worst deluges in recent times following unprecedented downpour in over a century.

"We were able to minimise...Yes I agree things can be handled better and we will work out...We will certainly," he said, adding the government has devised a strategy to evacuate people from all low-lying areas to begin with including from Musi river and water tanks adjoining areas.

The Telangana government's preliminary estimate had pegged the losses at over Rs 5,000 crore caused due to the rains and floods.

Reacting to a query, Rama Rao said an interim report has been sent to the central government seeking release of Rs 1,380 crore assistance.

Though there was no response so far he expected a positive one.

"the union Home Minister has tweeted that they are monitoring the situation. We hope that they will respond positively...we will wait. I am sure they will be positive," he said.