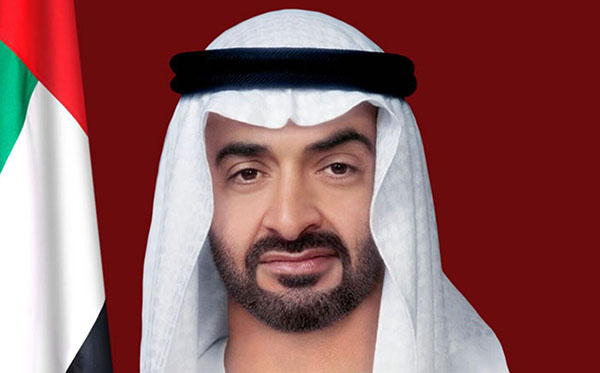 Abu Dhabi: The Supreme Council of the UAE on Saturday elected His Highness Sheikh Mohamed bin Zayed Al Nahyan, Ruler of Abu Dhabi, as the President of the UAE.

A statement issued by the Ministry of Presidential Affairs said that according to Article 51 of the Constitution, His Highness Sheikh Mohamed bin Zayed Al Nahyan was unanimously elected as the President of the UAE to succeed the late Sheikh Khalifa bin Zayed Al Nahyan.

Tweeting on the occasionm, Sheikh Mohammed bin Rashid said: "Today, the Federal Supreme Council elected my brother, His Highness Sheikh Mohamed bin Zayed Al Nahyan, as the UAE President. Mohammed bin Zayed is the shadow of Zayed and his extension in us. He is the protector of our union. We congratulate and pledge allegiance to him and our people pledge allegiance to him. The whole country will be led by him to take it new heights of glory and happiness".

For his part, Sheikh Mohammed bin Zayed expressed his appreciation for the great trust the Supreme Council Members placed in him, praying to Allah Almighty to guide and help him assume this great responsibility.

Amit Shah will decide on Karnataka cabinet expansion after returning to Delhi: Bommai

“He said he will talk to me about it after going to Delhi,” Bommai told reporters when asked if anything was discussed on the Cabinet expansion or reshuffle when Shah was in the city on Tuesday.

Bommai did not respond to speculation that the party would consider appointing deputy chief ministers. “That’s something I’m getting to know from you (media),” he said.

Shah’s visit to Bengaluru has raised the hopes of ministerial aspirants as a decision is expected soon on revamping Bommai’s Cabinet. Meanwhile, BJP leaders lined up to deny speculation that Bommai himself would be replaced.

Apparently, the BJP central leadership is expected to arrive at a decision before May 10. This got credence on Tuesday when the government decided to postpone a Cabinet meeting scheduled to be held on May 5 to May 11. Speculation is that the postponement is meant to accommodate the possibility of an expansion or reshuffle of the Cabinet.