Mumbai, Jan 14: A 26-year-old woman has died after her husband allegedly pushed her out of a running local train while they were standing at its door in Mumbai, a police official said on Thursday.

The incident took place on Monday afternoon between Chembur and Govandi railway stations following which the woman's husband was arrested, he said.

The 31-year-old accused and the victim, both labourers and residents of Mankhurd area, got married two months back.

On Monday, they were travelling in a local train along with the victim's seven-year-old daughter from her previous marriage, the Government Railway Police (GRP) official said.

As the woman leaned out of the moving train, her husband held her at the doorway, and then allegedly released her from his grip, following which she fell on the tracks, the official said.

Later, when the train stopped at Govandi station, a woman commuter in the coach, who had been watching the couple, got down and alerted the railway police about the incident.

The police caught the man at the station and then took him to the incident spot, where they found his wife lying injured and unconscious, the official said.

The victim was rushed to a hospital where doctors declared her dead before admission, he said.

The man was arrested and an FIR was registered against him under relevant sections.

The police are trying to verify if the accused was under the influence of sedatives at the time of the incident, the official said.

The woman's daughter was handed over to her relatives, he added.

As parties prepare the battleground for crucial assembly elections in four states and one Union Territory, the Election Commission formally sounded the bugle and announced the schedule for assembly polls in Tamil Nadu, Assam, Kerala, West Bengal and Puducherry on Friday.

This year, keeping in mind the coronavirus pandemic and the restrictions imposed because of that, the polling time has been increased by one hour.

A total of 824 Assembly constituencies shall be going for polls during these elections. 18.68 crore electors will cast vote at 2.7 lakh polling stations in Tamil Nadu, West Bengal, Kerala, Assam and Puducherry.

"Adequate CAPFs deployment shall be ensured during elections. All critical, vulnerable polling stations identified and an adequate number of CAPFs will be deployed," said Sunil Arora, Chief Election Commissioner.

The elections for the states will begin on March 27. The counting of all the Assembly elections will take place on May 2.

The Assembly election for Assam will start on March 27 and end on April 6 and will be held in three phases.

The Assembly elections for Kerala, Tamil Nadu, Puducherry will be held on April 6.

The Assembly election for West Bengal will start on March 27 and end on April 29 and will be held in eight phases.

The terms of the legislative Assemblies of West Bengal, Tamil Nadu, Assam and Kerala are ending in the coming months.

Following a political crisis in Puducherry, the Union Cabinet on Wednesday recommended the dissolution of the legislative Assembly there. The term of the Puducherry Assembly was to otherwise end in June.

After having a limited presence in the politically polarised Bengal for decades, the BJP has emerged as the ruling Trinamool Congress's main rival by winning 18 of the 42 Lok Sabha seats in West Bengal 2019 General Elections, only four short of TMC's tally of 22. With the BJP's strength increasing in the state in the last few years, its leaders are upbeat that the party will be able to end Banerjee's 10-year rule in the state polls. 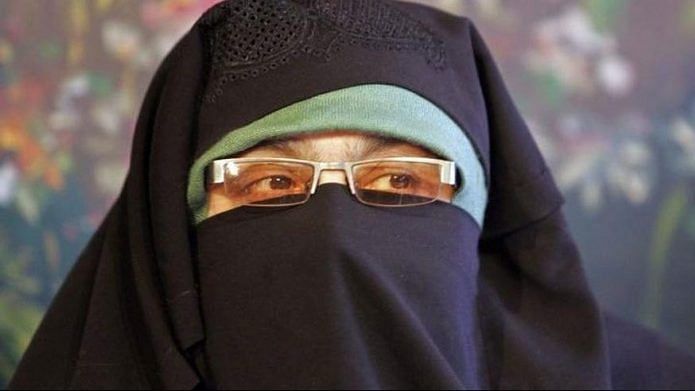 Srinagar, Feb 23: Terrorism and sedition charges have been framed against Kashmiri separatist and Dukhtaran-e-Millat Chief Aasiya Andrabi for allegedly conspiring to commit terror acts and waging war against the country with support from Pakistan.

On February 20, Andrabi and two of her associates -- Sofi Fehmeeda and Nahida Nasreen -- were put on trial by Special Judge Parveen Singh of Patiala House Court for offences punishable under Unlawful Activities (Prevention) Act and Indian Penal Code.

The Special Judge framed charges for offences such as criminal conspiracy, waging war against the government, conspiracy to wage war against government, sedition, promoting enmity, imputations prejudicial to national-integration and public mischief under the IPC.

It further framed charges for attempts to commit, or incite terror act, being member of terrorist gang, support to a terrorist organisation under Unlawful Activities (Prevention) Act.

Andrabi accused of being involved in conspiracy and acts to severely destabilize the sovereignty and integrity of India, along with her two other women associates. The trio was arrested in 2018. 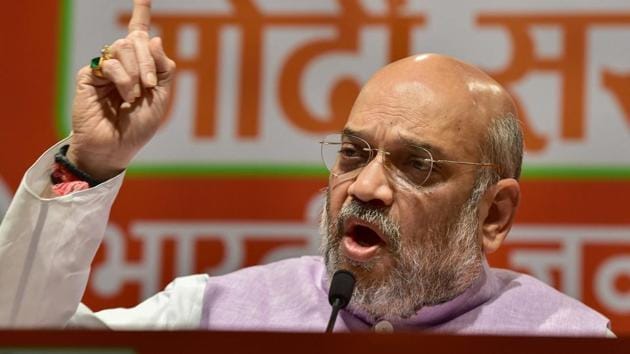 Guwahati, Feb 25: Union home minister Amit Shah on Thursday asked people of Assam to vote for BJP again and promised to make the state flood free in the next five years.

"We want to make Assam flood free...Modiji wants to make Assam flood free. People of Assam has to face the wrath of flood every year. The work in this regard has started. Satellite mapping is underway to identify places where water can be diverted to create big big lakes for irrigation and to make them into tourism centres. So vote BJP to power again, we will bring relief from flood in the next five years," Shah said while addressing the gathering at Batadrava, the birth place of Srimanta Sankardeb, the neo-Vaishnavite saint of 15th century, in central Assam's Nagaon district.

Shah's promise about solving flood problem comes after Congress-led "grand alliance" of six opposition parties asked on Monday why Prime Minister Modi was silent on solving Assam's long flood problem. Modi on Monday had addressed a gathering at Silapathar in Dhemaji, a flood-affected district in North Assam but did not say anything about flood.

Shah's jibe at Congress comes at a time when the "grand alliance" has made CAA its biggest poll plank against BJP. They have been alleging that BJP would destroy identity of the Assam's ethnic communities by offering citizenship to large number of post-1971 Hindu migrants from Bangladesh, through the CAA.

Alleging that Congress did nothing to solve Assam's problems, Shah said what BJP-led government did for Assam in the past five years, Congress could not do in 70 years.

Talking about the two new parties, which came into being out of the anti-CAA agitation (Assam Jatiya Parishad and Raijor Dal), Shah said, "Their purpose is to cut votes of BJP and help Congress win. Congress government had opened fire on those who were fighting against the foreigners during the Assam Agitation (1979-1985), and now unfortunately they are helping Congress. People of Assam are not fools. They knows only BJP and AGP can stop infiltration and bring development. The process of real development in the entire Northeast has started during Modiji's tenure," Shah said.

"We will make Assam number 1 state in the country (in terms of development) in five years," Shah further promised.