Ramallah, Jul 2: Several world countries renew a call for Israel to halt contentious plans to annex parts of the occupied Palestinian territory after the regime delayed the implementation of the land garb bid in the face of a series of stumbling blocks, including internal rifts, global criticisms and the US’s failure to give Tel Aviv the go-ahead for the move.

Israel's ruling coalition, led by Prime Minister Benjamin Netanyahu, had announced July 1 as the date to begin moving forward with the plan to impose Tel Aviv’s “sovereignty” over about a third of the West Bank, including settlements and the fertile Jordan Valley.

Without clarifications, the regime, however, failed to launch the scheme on the set date amid widening differences between Netanyahu and his coalition partner, minister of military affairs Benny Gantz.

Meanwhile, there are signs that the administration of US President Donald Trump, a staunch Israel supporter, has cooled its backing for the Israeli move amid what is believed to be troubles at home and fears that it might hurt the president’s chances of re-election besides international pressure.

On Wednesday, Netanyahu's office said in a statement that he would continue to discuss a possible West bank annexation with the US administration.

“In the coming days there will be additional discussions,” the statement said.

Labor, Social Affairs and Social Services Minister Ofir Akunis said the Israel would annex portions of the West Bank in July but only after the US president issued a declaration on the matter.

The annexation “will only happen after a declaration by Trump,” he told Israeli Army Radio.

Trump had already given Tel Aviv the green light for the land grab in his self-proclaimed “deal of the century,” which was unveiled in January with the aim of re-drawing the Middle East map.

However, the Trump administration has so far refrained from offering official support for the annexation sought by Netanyahu and his right-wing allies.

Unlike the US, several countries, including some of Israel’s allies, have expressed their opposition to Israel’s planned push to consolidate its occupation of Palestine.

On Wednesday, the German parliament approved a resolution calling on the government to dissuade Israel from annexing the West Bank.

The motion, which was brought in the German legislature by the three parties in Chancellor Angela Merkel's coalition, was approved without opposing votes.

Berlin should use its “special relations and contacts [with Tel Aviv] to express to the Israeli government our concerns and our urgent demand to refrain from an annexation of parts of the West Bank and from the continued expansion of settlements, both of which contradict international law,” read the resolution.

Speaking at the parliamentary debate before the vote, German Foreign Minister Heiko Maas said, “We reject unilateral changes of borders, and we won’t recognize them.”

He also stressed that peace “cannot be achieved through unilateral steps but only through serious negotiations.”

Similarly, French Foreign Minister, Jean-Yves Le Drian warned that any Israeli annexation would be a violation of international law and would bring about consequences.

“Annexation of Palestinian territories, whatever the perimeters, would seriously throw into question the parameters to resolve the conflict,” he told a parliamentary hearing.

The top diplomat added, “An annexation decision could not be left without consequences and we are examining different options at a national level and also in coordination with our main European partners.”

“We are following with concern possible moves towards the unilateral annexation or change in status of territory on the West Bank,” she said in a statement.

“The focus needs to be on a return to direct and genuine negotiations between Israel and the Palestinians for a durable and resilient peace arrangement, as soon as possible,” Payne added.

Meanwhile, the Vatican announced on Wednesday that it had summoned the American and Israeli ambassadors to protest Israel’s annexation bid.

In separate meetings, Vatican Secretary of State Cardinal Pietro Parolin told Israeli Ambassador Oren David and US Ambassador Callista Gingrich of concerns “regarding possible unilateral actions that may further jeopardize the search for peace between Israelis and Palestinians, as well as the delicate situation in the Middle East,”

“As already declared … the Holy See reiterates that ... Israel and the State of Palestine have the right to exist and to live in peace and security, within internationally recognized borders,” the Vatican said in a statement.

“It thus appeals to the parties to do everything possible to reopen the process of direct negotiation, on the basis of the relevant Resolutions of the United Nations,” it added.

Amnesty International called on the international community to take firm action against Israel’s annexation plan and its “law of the jungle” mentality.

“Members of the international community must enforce international law and restate that annexation of any part of the occupied West Bank is null and void,” said Saleh Higazi, deputy regional director for Amnesty Middle East and North Africa.

“They must also work to immediately stop the construction or expansion of illegal Israeli settlements and related infrastructure in the Occupied Palestinian Territories as a first step towards removing Israeli civilians living in such settlements,” he added.

Also on Wednesday, Palestinians held “Day of Rage” rallies both in the West Bank and the Gaza Strip against the Israeli expansionism.

Some demonstrators carried signs in English reading, “We Can’t Breathe Since 1948” and “Palestinian Lives Matter,” in reference to the American Black Lives Matter movement.

“The occupation has killed us and killed our children and deprived us of a good life. May God grant the Resistance victory,” a protester told the al-Aqsa TV.

Washington, Jan 7: The Senate has overwhelmingly turned aside a challenge to US President-elect Joe Biden's victory in Arizona, guaranteeing the result will stand.

The objection to the results in Arizona -- spearheaded by Rep. Paul Gosar and Sen. Ted Cruz -- was rejected 93-6 on Wednesday night.

All votes in favour came from Republicans, but after violent protesters mobbed the Capitol earlier Wednesday a number of GOP senators who had planned to support the objection reversed course.

The Republicans raised the objection based on false claims pushed by President Donald Trump and others of issues with the vote in Arizona, which were repeatedly dismissed in Arizona's courts and by the state's election officials. 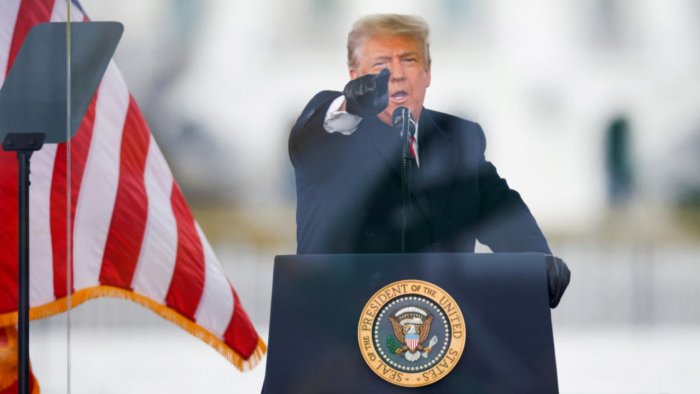 San Francisco Jan 13: As the world adjusts to a Twitter without @realdonaldtrump, the next big question is: “Now what?"

Major tech platforms, long accused of giving President Donald Trump special treatment not allotted to regular users, have shown him the door in the wake of his incitement of violence by supporters at the US Capitol on January 6. He's gone from Twitter, Facebook, Snapchat — even Shopify.

But in many ways, booting the president was the easy part.

Will companies now hold other world leaders to the same standard? Will they wade further into deciding what is and isn't allowed on their platforms, potentially alienating large swaths of their user base? Will all this lead to further online splintering, pushing those flirting with extreme views to fringe sites and secret chat groups?

Although they've long sought to remain neutral, Facebook, Twitter and other social platforms are slowly waking up to the active role they and their algorithms have played in shaping a modern world filled with polarised, angry groups and huge factions falling for bogus conspiracies and misinformation about science, politics and medicine.

“What we're seeing is a shift from the platforms from a stance of free-speech absolutism, towards an understanding of speech moderation as a matter of public health," said civic media professor Ethan Zuckerman of the University of Massachusetts-Amherst.

None of this can be fixed soon, if ever. Certainly not by blocking a president with just a few days left in his term.

But there are blueprints for future action. Remember “Plandemic?" That was the slickly-produced, 26-minute, misinformation-ridden video promoting COVID-19 conspiracies that emerged seemingly out of nowhere and racked up millions of views in a matter of days.

Facebook, Twitter and YouTube scrambled to take it down — too late. But they were ready for the sequel, which failed to attract even a fraction of the attention of the first.

“Sharing disinformation about COVID is a danger because it makes it harder for us to fight the disease," Zuckerman said.

“Similarly, sharing disinformation about voting is an attack on our democracy.”

Unsurprisingly, it's been easier for tech giants to act decisively on matters of public health than on politics. Corporate bans of the US president and his supporters have led to loud, if generally unfounded, cries of censorship as well as charges of left-wing bias.

It's even attracted criticism from European leaders such as German Chancellor Angela Merkel — not exactly a friend of Trump's.

“This fundamental right can be intervened in, but according to the law and within the framework defined by legislators — not according to a decision by the management of social media platforms,” he told reporters in Berlin.

“Seen from this angle, the chancellor considers it problematic that the accounts of the US president have now been permanently blocked.”

From that German perspective, it should be the government, and not private companies like Facebook and Twitter, who decides what counts as dangerous speech on social platforms.

That approach might be feasible in Europe, but it's much more complicated in the US, where the First Amendment of the US Constitution protects freedom of expression from government interference, although not from corporate policy on privately owned communication platforms.

Governments, of course, remain free to regulate tech companies, another area of ferment. Over the past year, Trump, other Republicans and some Democrats have called for revoking a fundamental 1996 legal provision known as Section 230.

That protects social platforms, which can host trillions of messages, from being sued into oblivion by anyone who feels wronged by something someone else has posted. But so far there's been more heat than light on the issue.

Still, few are happy with the often sluggish, after-the-fact, three-strikes takedowns and suspensions that have characterized Twitter and Facebook for years.

Particularly in the light of the Capitol insurrection, the deadly Charlottesville rally in 2017 and live-streamed mass shootings.

Sarita Schoenebeck, University of Michigan professor who focuses on online harassment, said it might be time for platforms to reevaluate how they approach problematic material on their sites.

“For years, platforms have evaluated what kinds of content are appropriate or not by evaluating the content in isolation, without considering the broader social and cultural context that it takes place in,” she said.

“We need to revisit this approach. We should rely on a combination of democratic principles, community governance and platform rules to shape behavior.”

Jared Schroeder, an expert in social media and the First Amendment at Southern Methodist University, thinks the Trump bans will encourage his base of followers to move towards other social platforms where they can organise and communicate with fewer — if any — restrictions.

“It's likely the bans will fuel the us-against-them narrative – and it's also likely other forums will get a boost in traffic, as we saw after the 2020 election," he said.

“The bans have taken away the best tools for organizing people and for Trump to speak to the largest audiences, but these are by no means the only tools." 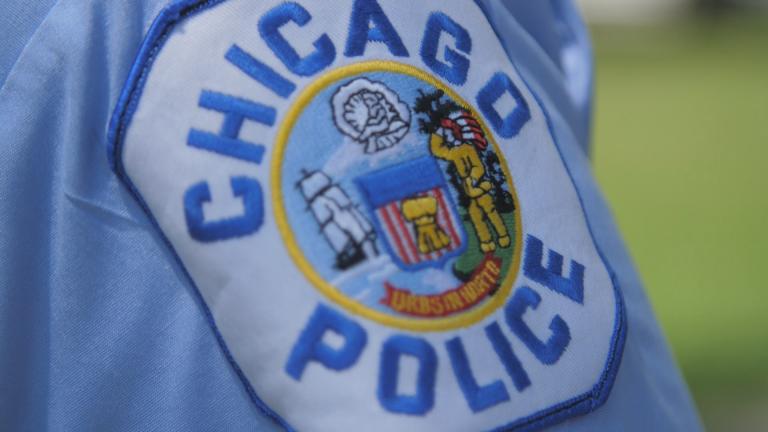 Chicago, Jan 4: Shootings and murders in the US city of Chicago increased by more than 50 per cent in 2020, official figures revealed.

City officials attributed the rise in violence in 2020 to the prevailing coronavirus pandemic and the civil unrest that took place in the middle of the year against racism and police brutality, Xinhua news agency reported.

Cook County, where Chicago is located, reported more gun-related homicides in 2020 than any other year, surpassing the previous record set in 1994.

The county witnessed 875 gun-related homicides in 2020, exceeding the 838 recorded in 1994, according to a statement from the medical examiner's office.

Most of the homicides took place in the city of Chicago, and the African-American community was disproportionately impacted, accounting for 78 per cent of the victims, the figures further revealed.