Dubai: The much awaited and hyped high budget Konkani Movie 'Ek Aslyar Ek Na' launched its grand premier show in Dubai May 20 with extravaganza as it not only had the full house premier but also had other shows almost completely full with Konkani lovers flocking in much before the show timing. First time a regional based Konkani film created a history in Dubai with more than 1600 spectators watching the movie in one theatre for the full day with 4 shows

The shows were in Nova Theatre, Hyatt Regency Galleria, Dubai and it all started with the stars arriving glamorously in a white Limo while more than 400 people welcoming them on red carpet laid in front of the theatre decorated with huge cut outs and roll up stands erected at the venue. Soon as they entered the theatre the crowd cheered them and made way into the door where the ribbon cutting ceremony was arranged. Fr. Robert of Dubai Church & Michael D' Souza, MD of Ivory Grand Hotel Group did the honours.

As the audience entered the auditorium they were all served with the Mangalorean famous sweet 'laddu' and on the stage was inauguration ceremony. Shodhan welcomed the audience in Konkani 'Dev boron dhis divundi samesthaonku' and thanked them for showing love towards their mother tongue. He also announced that because of the support from all Konkani speaking people it is proved that a record has been created with this movie launch as the tickets got sold out much before the screening.

Fr. Robert rendered the prayer as all the audience stood up and soon after the prayers was the inauguration with the traditional lighting of the lamp by main guests on stage. All the audience continuously applauded when the sponsors and supporters names were announced. The artistes of the movie were all present on the stage and were introduced who included the writer, director & hero himself Pradeep Barboza, the beautiful actress/singer who have come all the way from India Priya Menezes, main villain Alphonse D'Souza, the seasoned actor who has acted in Nirel & Dhand Tulu movies as the main comedian Deepak Paladaka, the versatile queen of comedy Lavina Fernandes, the strong negative character Claud Dlima, singer turned actor Joseph Mathias, Prathap Menezes, Godwin Castelino, Lucy Bai from Kuwait, Mellu Melwyn D Almeida who has also come from Mangalore and the Producer who has also acted in the movie, Frank Fernandes Thottam.

The premier show soon started with a loud cheers from the audience who whistled, clapped as and when they saw their favorites appearing on the silver screen. It was a honour not only for all those who acted in this movie but also for the Producer & Director when they received so much of appreciation live in the auditorium.

Out of the 4 shows of the day the 1 Pm show was entirely booked and taken over by Globelink West Star Shipping Company headed by Martin J. Aranha. It was nice to see the non-Konkani speaking staff of Globelink enjoying the movie with the English subtitle on the screen.

On the whole the movie is being rated as one of the best movie ever made in Konkani using the fully digital technology shot at some of the beautiful locations in and around Mangalore. The camera work, direction and the songs/lyrics were all well praised by the audience in their review and as for the amateur attempt one should really applaud and appreciate their courage. The length of the movie is 2.15 minutes with crispy edited and no dragging. It was a total package comprising of comedy, drama, fights, songs and total entertainment. Producer Frank Fernandes presented a classic masterpiece to Konkani language which will stay in record for ever.

The Dubai marketing team has done a wonderful job in a small span of time in releasing this movie in Dubai so effectively and especially few names to mention are Dainy D' Souza, Vernon D' Souza, Deepak Paladka & Lavina Fernandes headed by Shodhan. 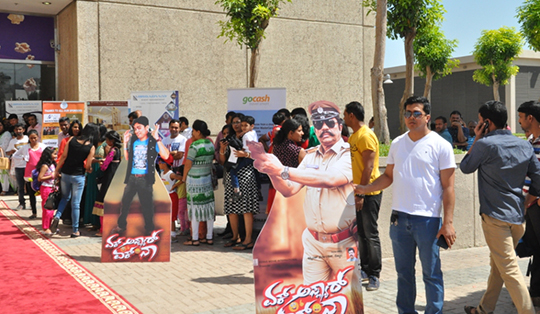 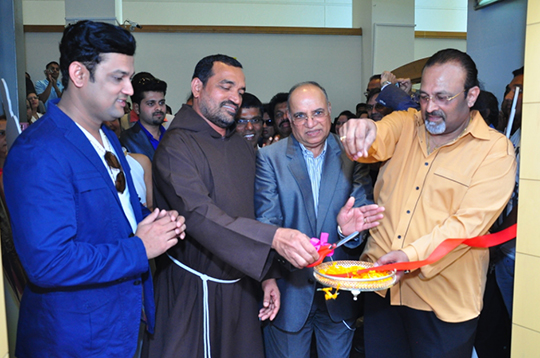 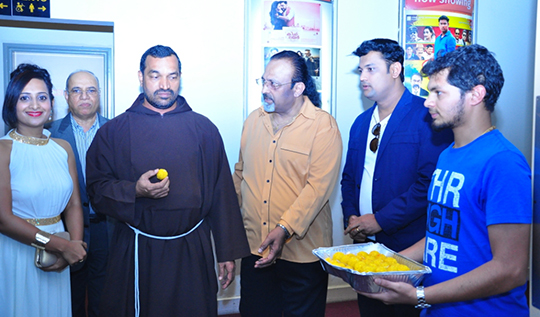 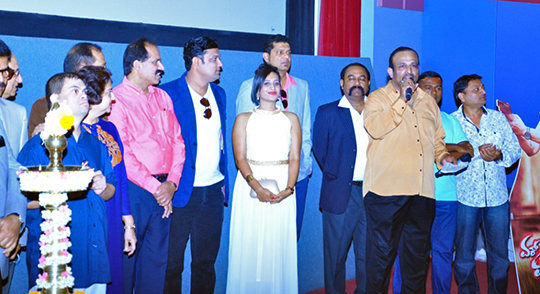 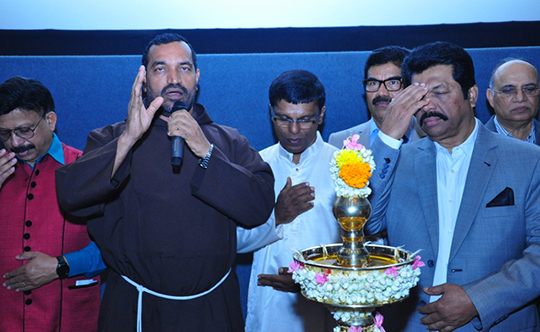 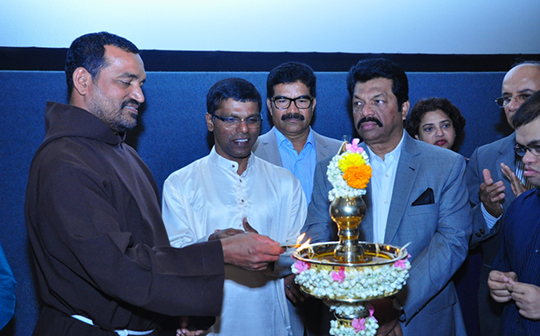 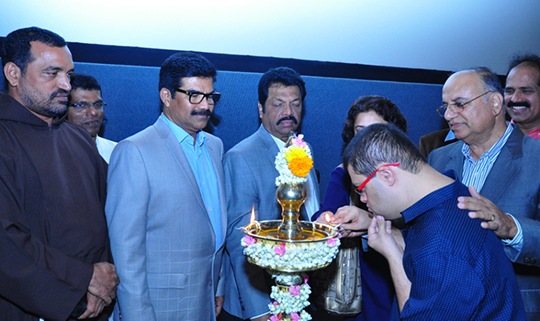 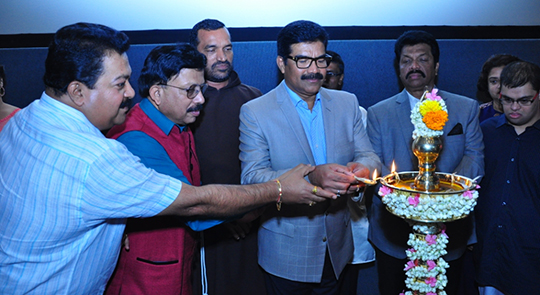 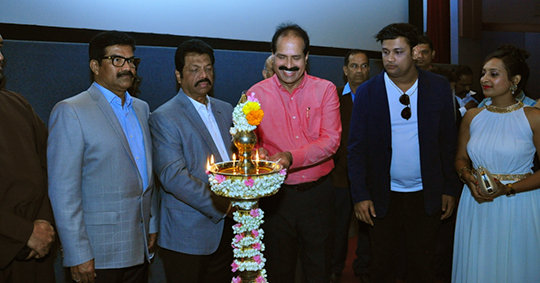 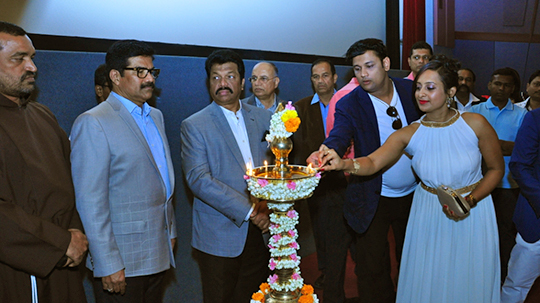 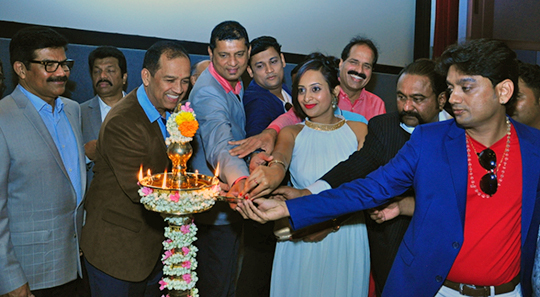 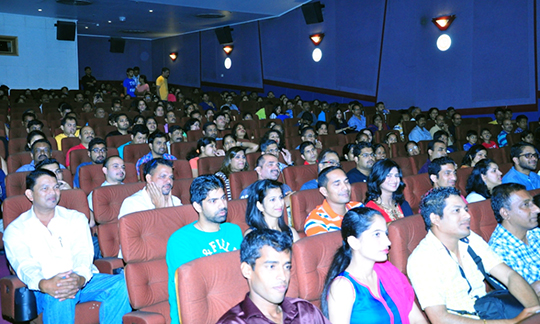 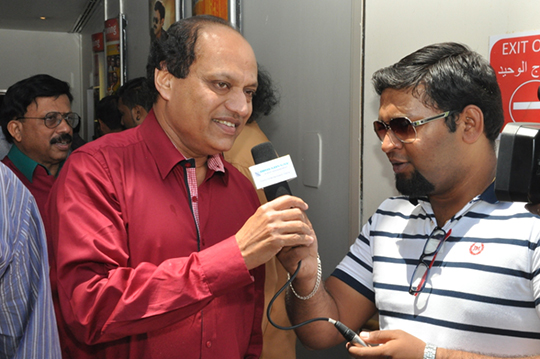 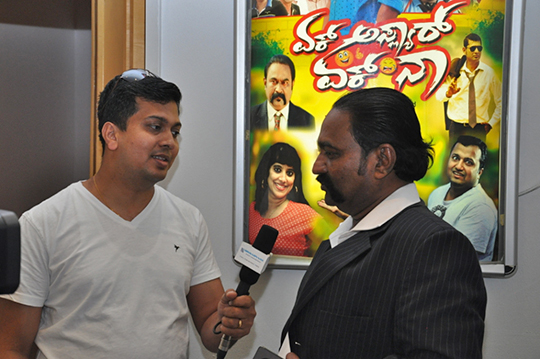 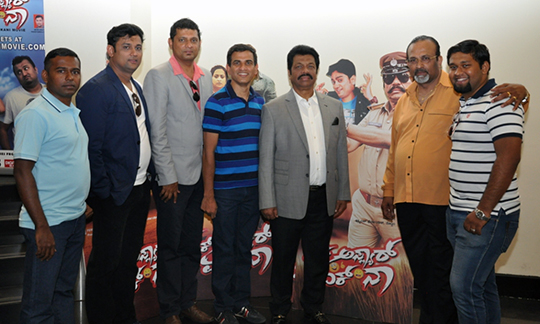 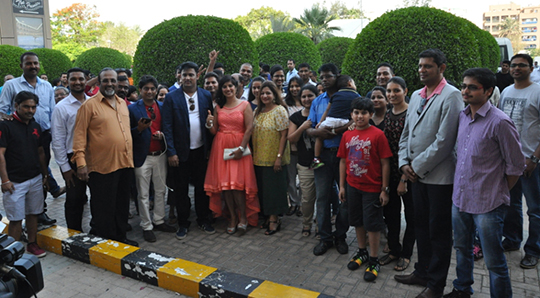 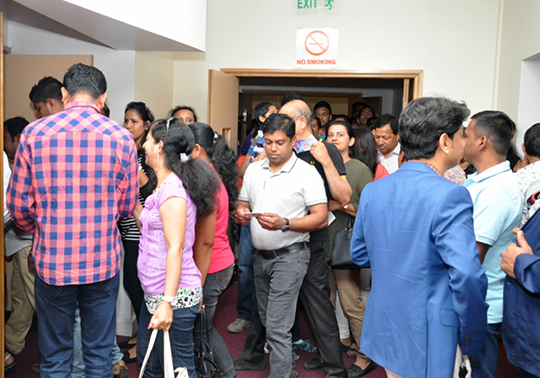 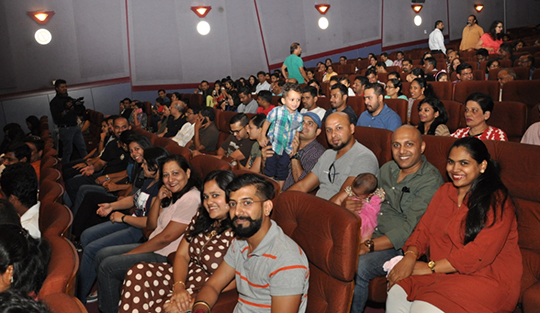 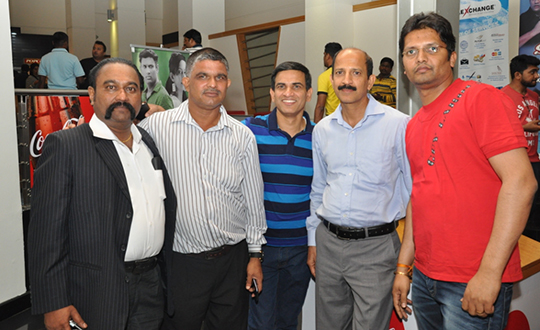 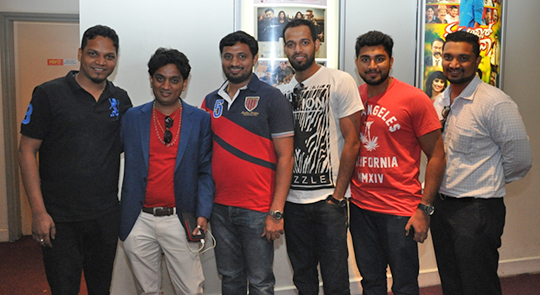