No identity, scant memory, mumbling few Urdu, Hindi and Arabic words; while some suspect Abdul Basheer to be a Pakistani, others give him a benefit of doubt that he maybe a Saudi National. But time and again having failed to produce any reliable documentation of identity among other things has got this 45-year on wrong side of the law.

"No one knows how he landed there (Kerala), but what he told us was that he was visiting Ajmer and his passport taken away, which left him stranded in India. But so far neither the Kerala authorities have been able to trace his passport or the origin of his nationality," Joseph Crasta, founder of Snehalaya Psycho Social Rehabilitation Centre said.

Wandering in streets of Kannur has already done enough for Abdul Basheer, after he was picked up by the Kannur police acting 'suspicious'. Further, when Basheer duly told the authorities of his recollection of his mother hailing from Burma and his father was Sayyed Hussain Makkanakkas, a Pakistani national, things didn’t seem to work in his favour. The Kasargod police formally charged him under Foreigners Act and arrested him on September 2012.

Subsequently, Basheer was produced before Kasargod CJM court, and he was duly awarded two years imprisonment at Kannur Jail. According to Kerala police, the jail authorities duly noticed that Basheer was not mentally stable therefore they admitted him for examination in mental-health care unit in Calicut. Although Abdul was slated to be released in November in 2015, he had to undergo another month of prison term since he was unable to pay the fine. Finally he was due to be released on December 2015.

But that was not the end to Basheer’s ordeal. He has neither been identified as an Indian nor has other nationality nor he been granted any refugee status. The authorities did not have a protocol, when the court ordered them to deport Basheer to his respective nation and he continued to be pushed around from one authority to another.

Although Foreigner Regional Registration Offices (FRRO) Ernakulam contacted Saudi Embassy officials to enquire the residence status of Basheer, the foreign authorities told them that they don’t have his records.

Initially, Basheer was transferred to ‘open jail’ in Cheemeni, later under the request from Kerala government, the Kasaragod District officials requested Snehalaya Psycho-Social Rehabilitation Centre at Mangaluru to admit him.

“Based on a number provided by him, we called a woman in Saudi, who claimed to be his sister and quite often asked about his whereabouts, but later the calls went unanswered and there are no efforts by anyone to provide him any relief,” says Joseph Crasta, founder, Snehalaya Charitable Trust.

According to Crasta, Basheer is schizophrenic but is not a violent case. “His statements about his family, background is inconsistent, although he can speak fluent Hindi and Arabic. Right now, he is the only 'foreigner' among the 167 inmates whom we have lodged in the facility. Earlier we had two Nepali's at our unit, we were able to trace their family, we now hope to reunite Basheer to his family as well,” Crasta adds. 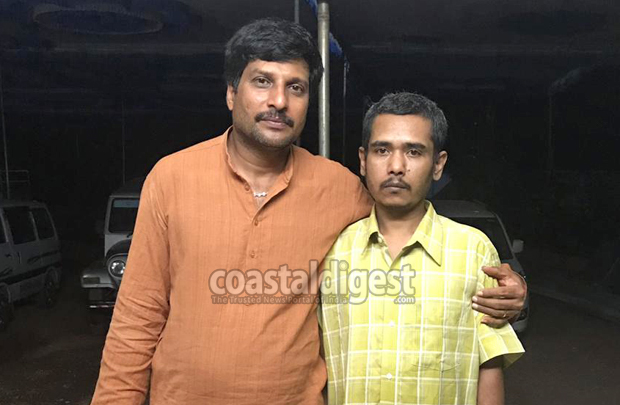 I request the authorities to be kind on this innocent person and consider citizenship to hi m so that he can live peacefully.  I express my grattitudes to the charitable organisation for helping him.   there are many muslim organisations and rich people in Mangalore.  I think its their duty too to help him.

He is eligible for Indian citizenship as he has spent several years in the country.

‘We will go by court order’: Home Minster on fringe group’s demand to worship hanuman inside Karnataka mosque

Bengaluru, May 17: Karnataka Home Minister Araga Jnanendra on Tuesday warned a fringe group not to challenge law and order following their claim that the Masjid-e-A’la at Srirangapatna in Mandya district was a Hanuman temple and they should be allowed to worship there.

A fringe group called ‘Narendra Modi Vichar Manch’ (NMVM) recently approached the Mandya deputy commissioner on May 13 claiming that the Masjid-e-Ala was ‘Moodala Bagilu Anjaneya Swami temple’, which the 18th century Mysuru ruler Tipu Sultan had destroyed and built a mosque over it.

The group led by C T Manjunath, secretary, demanded that Hindus should be allowed to perform prayers to Hanuman inside the mosque.

Reacting to the incident, Jnanendra said he was aware of the development. And called upon people not to challenge law and order to resolve the dispute on their own.

“If anyone challenges law and order then they will be dealt with accordingly. Hence, everyone should live harmoniously. We will go by the court order,” he added.

In his petition to the deputy commissioner of Mandya, Manjunath said many historians have documented the existence of Moodala Bagilu Anjaneya Swami Temple, which Tipu Sultan had allegedly destroyed during his regime and converted into a mosque.

“The Mysuru Gazzettier by Luis Rice, the proceedings of the royal court, the life of Maharaja, Tareekh-e-Tipu and Hyder-e-Nishani and the letter written by Tipu to the Khalifa of Persia to prove our point.”

“Hence, we request you to please review the documents of the archeology department and make provisions for Hindus to legally offer their prayers to Moodalabagilu Anjaneya Swami Temple (the existing mosque),” Manjunath wrote in his petition to the deputy commissioner.

Later, in a video message sent to the media houses, a member of the NMVM demanded that a survey on the lines of Gyanvapi Masjid should be conducted at Masjid-e-Ala to find out the truth.