Aryan Khan arrives at Mannat after nearly 4 weeks; fans welcome him with dhol and tashas 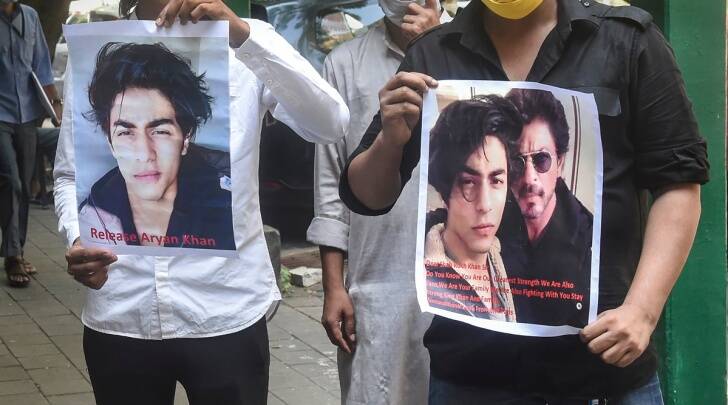 Mumbai, Oct 30: Bollywood star Shah Rukh Khan's son Aryan Khan was released from the Arthur Road Jail on Saturday couple of days after he was granted bail by the Bombay High Court.

The 23-year-old Aryan was arrested by the Narcotics Control Bureau (NCB) in connection with a drugs case vis-a-vis the raid at Cordelia cruise ship.

SRK fans have gathered outside the Arthur Road Jail in Chinchpokli and Mannat, the palatial bungalow in Bandra ahead of the release. Aryan was welcomed by fans with dhol and tashas outside Mannat.

While granting Aryan bail on Thursday in the drugs-on-cruise case, the Bombay High Court imposed 14 bail conditions on him, paving the way for his release from jail.

In the five-page order, the high court said that Aryan Khan and his two co-accused Arbaaz Merchant and Munmun Dhamecha, who were also granted bail, shall be released on a personal bond of Rs 1 lakh each with one or two sureties of the same amount.

As per the conditions set by the high court, the trio will have to surrender their passports before the special NDPS court and shall not leave India without taking permission from the special court and that they will have to attend the NCB office each Friday to mark their presence.

The HC had granted bail to Aryan Khan, 25 days after he was arrested during a drug raid on a cruise ship off the Mumbai coast. 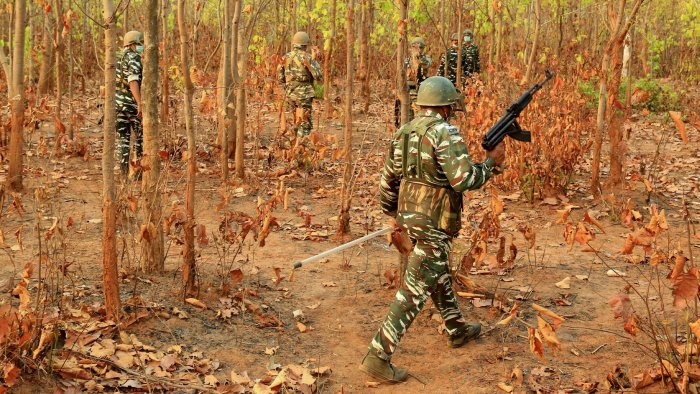 Mumbai, Nov 14: Top Maoist commander Milind Teltumbde, absconding in the Bhima-Koregaon case, was among the 26 Naxalites killed in Saturday's encounter in Dhanora tehsil in the Gadchiroli district of Vidarbha region of Maharashtra.

Milind, who figures in the top list of Maoist hierarchy, is in his late fifties and has been absconding for several decades. Milind is an engineer by education - but he became an outlaw. Milind is the brother of Dalit scholar and activist Prof Ana...

Milind, who is the brother of Dalit scholar and activist Prof Anand Teltumbde, carried a reward of Rs 50 lakh on his head.

The Maoist commander, figured in the top list of Maoist hierarchy, was in his late fifties and had been absconding for several decades. Milind is an engineer by education, but he later became an outlaw.