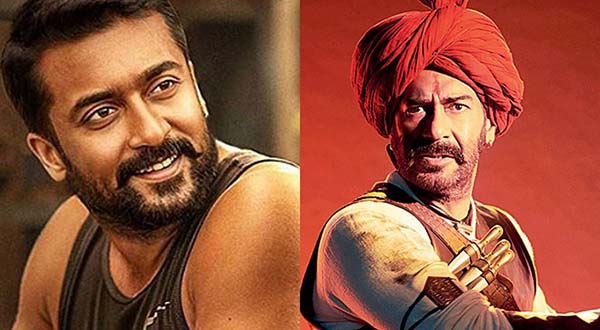 Non-Bollywood movies on Friday, July 22 dominated the National Film Awards for 2020 as Tamil film Soorarai Pottru that tells the life story of aviation icon Captain Gopinath was adjudged the best film. Its lead artistes Sooriya and Aparna Balamurali were chosen as best actor and best actress.

While Tamil and Malayalam movies bagged all the main awards, only solace for Bollywood, the country's biggest film market, came in the form of Ajay Devgn being chosen as best actor along with Sooriya. Tanhaji: The Unsung Warrior was named Best Popular Film Providing Wholesome Entertainment.

The Best Director award went to K R Sachidanandan, known as Sachi in Malayalam film circles, for his film Ayyappanum Koshiyum. He died at the age of 49 in June 2020 soon after the film hit the theatres.

In the non-feature category, Girish Kasaravalli-directed Naadada Navaneeta Dr PT Venkateshkumar was selected as the Best Arts and Culture Film.

Someone needs to speak up when country loses ability to speak the truth: Lapid defends ‘Kashmir Files’ remark 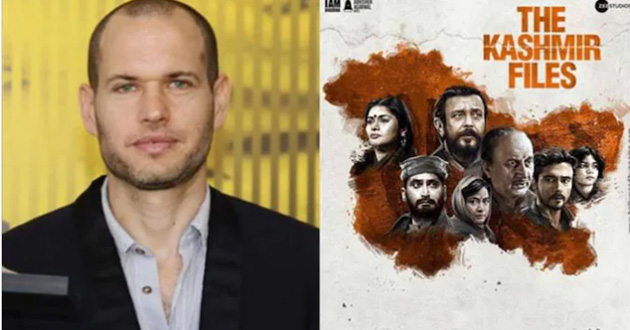 Israel filmmaker Nadav Lapid - whose criticism this week of 'The Kashmir Files' as 'vulgar' and 'propaganda' led to a row and pushback from the ruling Bharatiya Janata Party - on Wednesday defended his remarks and insisted 'someone needs to speak up'. Speaking to Israeli news website Ynet via the telephone, Lapid said the fury over his remarks was 'crazy' but the award-winning filmmaker underlined that he had been left shocked by the 'transparent combination between propaganda and fascism and vulgarity'.

Lapid on Monday said 'The Kashmir Files' - which writer/director Vivek Agnihotri says is a movie based on Kashmiri Pandits' exodus from the Valley in the 1990s, when militancy was rampant - is a 'propagandist movie inappropriate for an artistic, competitive section of such a prestigious film festival (the International Film Festival of India that was held in Goa)'.

The remarks triggered a furious reaction from Israeli diplomats, including ambassador Naor Gilon, who said Lapid should be 'ashamed' and accused him of abusing Indian hospitality. Gilon also demanded Lapid apologise to India.

Many also criticised the remarks on grounds the Jewish community also endured a similarly horrific incident - the Holocaust, in which some believe around six million Jews were killed.

The intensity of the pushback appears to have startled Lapid, who told Ynet: "It is crazy... what is going on here. It was broadcast live on television" but doubled down on his statement.

"It is a film the Indian government... if it didn't actually initiate... at least pushed it in an unusual way... it basically justifies Indian policy in Kashmir and has fascist features."

In his interview (translated from Hebrew) Lapid also said: "The claim is there... that the dimensions of the event are hidden by intellectuals and media. And it is always the same - there is a foreign enemy and there are traitors from within."

Lapid was asked if he anticipated so massive a row and acknowledged that he did feel troubled by having to criticise the film at 'an event (where) everyone stands there and praises the government'.

"I knew that this was an event that is terribly connected... everyone praises the government. It is not an easy position - because you are a guest... you are treated very nicely... and then you come and attack the festival. There was apprehension, and there was discomfort.."

Lapid, however, stressed that he felt it necessary to speak up.

"In countries (where people are) increasingly losing the ability to speak your mind... someone needs to speak. When I saw this film, I couldn't help but imagine its Israeli equivalent... doesn't exist but could definitely exist." 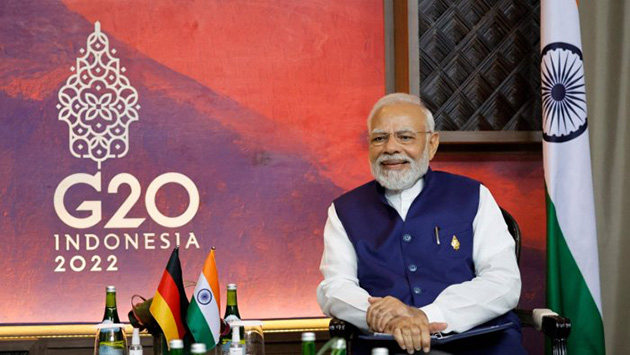 New Delhi, Dec 1: As India began its G-20 presidency from Thursday, Prime Minister Narendra Modi said it will work to further promote oneness, inspired by the theme of "One Earth, One Family, One Future", and listed terror, climate change, pandemic as the greatest challenges that can be best fought together.

India's G20 priorities will be shaped in consultation with not just our G20 partners, but also our fellow-travellers in the global South, whose voice often goes unheard, he said.

India's G20 agenda will be inclusive, ambitious, action-oriented, and decisive, he added.

"Let us join together to make India's G20 Presidency a Presidency of healing, harmony and hope. Let us work together to shape a new paradigm — of human-centric globalisation," he said in an article which appeared in several newspapers and was posted on his website too.

The country looks forward to working on encouraging sustainable lifestyles, depoliticising the global supply of food, fertilizers and medical products among other subjects, the prime minister said in a series of tweets.

He said, "I firmly believe now is the best time to go further still and catalyse a fundamental mindset shift, to benefit humanity as a whole."

Gone is the time to remain trapped in the the same old zero-sum mindset, which has led to both scarcity and conflict, the prime minister said.

"It is time to get inspired by our spiritual traditions which advocate oneness and work together to solve global challenges," he added.

"As India assumes this important mantle, I ask myself — can the G20 go further still? Can we catalyse a fundamental mindset shift, to benefit humanity as a whole? I believe we can," he said in the write-up to share his thoughts on the significant milestone for Indian diplomacy.

"Our mindsets are shaped by our circumstances as through the history, humanity lived in scarcity. People fought for limited resources because their survival depended on denying them to others. Confrontation and competition between ideas, ideologies and identities became the norm," he said.

"Unfortunately, we remain trapped in the same zero-sum mindset even today. We see it when countries fight over territory or resources. We see it when supplies of essential goods are weaponised. We see it when vaccines are hoarded by a few, even as billions remain vulnerable," he said.

If humans were inherently selfish, what would explain the lasting appeal of so many spiritual traditions that advocate the fundamental one-ness of us all, he asked.

Modi said, "One such tradition, popular in India, sees all living beings, and even inanimate things, as composed of the same five basic elements - the panch tatva of earth, water, fire, air and space. Harmony among these elements - within us and between us - is essential for our physical, social and environmental well-being."

He added, "India's G20 Presidency will work to promote this universal sense of one-ness. Hence our theme — 'One Earth, One Family, One Future".

Today, the world has the means to produce enough to meet the basic needs of all people. "Today, we do not need to fight for our survival — our era need not be one of war. Indeed, it must not be one," he said.

Fortunately, today's technology also gives us the means to address problems on a humanity-wide scale, he said, adding that India with one-sixth of humanity and with its immense diversity of languages, religions, customs and beliefs is a microcosm of the world, he added.

For imbuing hope in our future generations, India will encourage an honest conversation among the most powerful countries on mitigating risks posed by weapons of mass destruction and enhancing global security, he said.

As the "mother of democracy," India's national consensus is forged not by diktat but by blending millions of free voices into one harmonious melody, he said.

India is now the fastest growing large economy and its "citizen-centric governance model" takes care of even its most marginalised citizens, while nurturing the creative genius of its talented youth, he said.

"We have leveraged technology to create digital public goods that are open, inclusive and inter-operable. These have delivered revolutionary progress in fields as varied as social protection, financial inclusion, and electronic payments," he said. 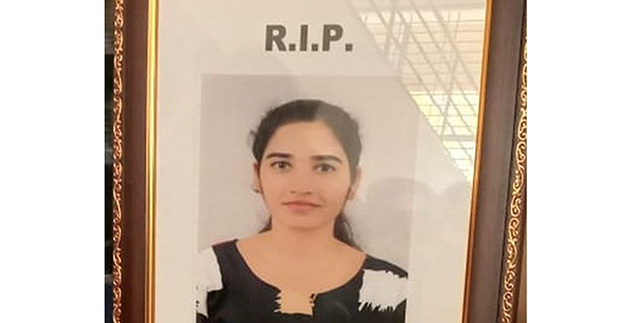 Mangaluru, Dec 7: A student of Mangaluru St Aloysius College was found dead on the railway tracks near her home at Kadappura, Kavugoli Chowki in Kasaragod district yesterday.

The deceased is Anjana K, 22, daughter of Surendran, a resident of Kadappura, Kavugoli Chowki in Kasaragod. She was a first year student of M.Sc. Biochemistry.

According to her family members, Anjana had slept after dinner on Monday (December 5) night but was missing in the morning.

The exact cause of her death is under investigation, but it is suspected that she could have been hit by a moving train.

The Kasaragod police who are investigating the case, have handed over Anjana’s body to her family after a post-mortem done at a Kasaragod General Hospital.

On Wednesday, December 7, a condolence service was held at the LCRI block of St Aloysius College.