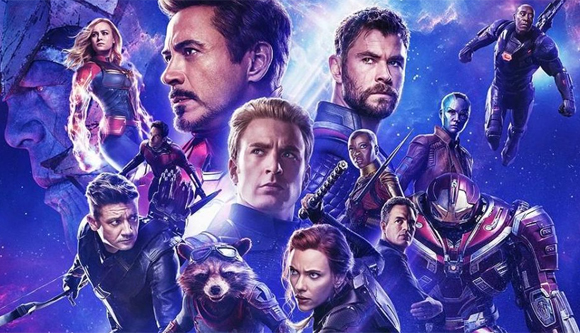 Los Angeles, Nov 11: "Avengers: Endgame" and "Stranger Things" emerged the favourite of the masses at this year's People's Choice Awards (PCA), with the Marvel blockbuster and Netflix show winning the movie of 2019 and show of 2019 trophies, respectively.

According to People magazine, "Endgame" was also adjudged the action movie of 2019 and 'Iron-Man' star Robert Downey Jr won the male movie star of 2019 for his performance in the summer hit.

"Stranger Things" levelled its award tally with "Endgame" at three as the sci-fi series took home the award in drama show of 2019 category and a female TV star of 2019 for one of its leads, Millie Bobby Brown.

Zendaya's "Far From Home" co-star Tom Holland got an action movie star of the 2019 award for his turn as Spider-Man.

Netflix favourite Noah Centineo was named comedy movie star of 2019 for the streamer's "The Perfect Date".

On the small screen, it was Kristen Bell who secured the title of comedy TV star of 2019.

"Murder Mystery", starring Jennifer Aniston and Adam Sandler, won the comedy movie of 2019, securing another win for the streaming platform.

Kevin Hart, who made his first public experience at the awards show following a near-fatal car crash, was named comedy act of 2019.

CBS sitcom "The Big Bang Theory", which ended its 12-year glorious run this May, was adjudged comedy show of 2019.

While "Friends" alum Aniston was honoured with the icon award, singer Pink was called the people's champion for her charity work and singer Gwen Stefani earned the fashion icon award.