Mysuru, Feb 14: Two weeks after her engagement with another boy, a 20-year-old girl who was in love with a boy, committed suicide at her residence in Nanjangud on Wednesday. 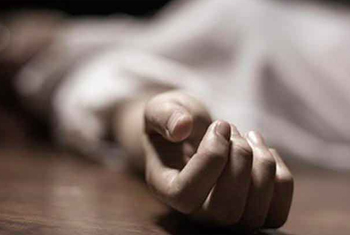 Meghana's parents have accused her lover Manikanta of Hemmargala of abetting her suicide. The girl's father in his complaint has claimed that Manikanta threatened to send their photos to her fiance following which she took the extreme step. He has also claimed his daughter was molested by Manikanta two years ago.

Manikanta who is on the run has been booked for rape and abetting suicide following the complaint.

Since the girl was from the SC community, cops have also slapped cases under Atrocities (Prevention) Act against Manikanta. Nanjangud sub-division DSP Prabhkar Rao Shinde will investigate the case as charges have been made under provisions of the act.

Bengaluru, Jul 24: The Bruhat Bengaluru Mahanagara Palike (BBMP) commissioner on Thursday issued a public apology after "local staff" sealed the doors of two apartments with metal sheets in a building where a positive case of COVID-19 was reported in Dommalur.

Earlier on Thursday, BBMP sealed doors of two flats near Dommalur, in a building wherein a COVID-19 case was reported. A woman with two children, along with an elderly couple stayed in those flats. After the woman tweeted about the incident, BBMP officials removed steel sheets from doors.

Taking the matter into consideration, BBMP Commissioner N Manjunatha Prasad, took to Twitter to express an apology for "over-enthusiasm" of his officials.

He tweeted, "We are committed to address any issues that result in stigma. Apologies for the over enthusiasm of the local staff."

The purpose of containment is to protect the infected and to ensure uninfected are safe," he tweeted.