You can now get your covid-19 vaccine 24x7 in Indian: Health Minister 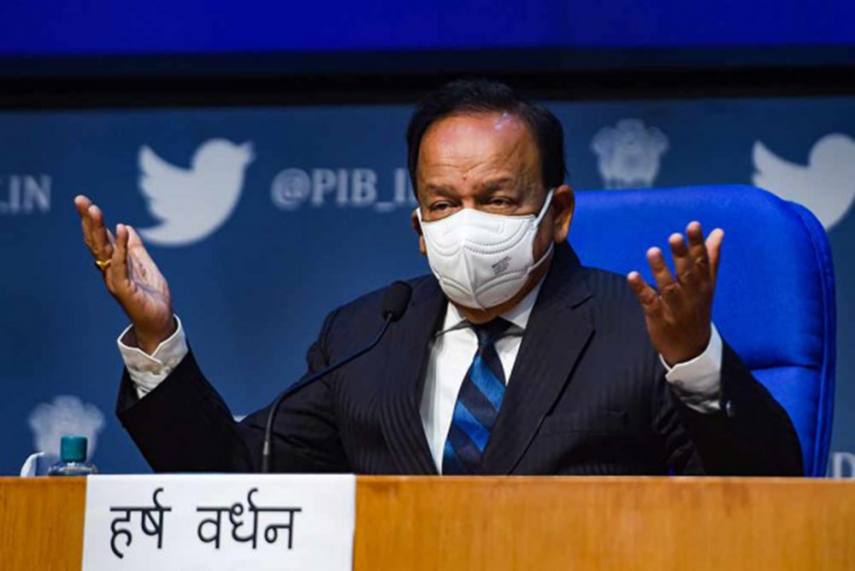 New Delhi, Mar 3: The government has lifted the time restriction on receiving Covid-19 vaccine jabs so as to increase the pace of immunisation, Union Health Minister Harsh Vardhan said on Wednesday.

People can now get vaccinated round-the-clock according to their convenience, he said in a tweet, adding that Prime Minister Narendra Modi values the health as well as the time of the citizens of the country.

"The government has lifted the time restriction to increase the speed of vaccination. People can now get vaccinated 24x7 according to their convenience. Prime Minister Narendra Modi understands the value of health as well as the time of citizens," Vardhan tweeted in Hindi.

Union Health Secretary Rajesh Bhushan told a press conference on Tuesday that the timeline of vaccinating the beneficiaries from 9 am to 5 pm has been done away with and it is up to the hospitals to decide whether they want to continue administering the vaccines even after that.

The second dose of the vaccine against Covid-19 started being administered from February 13 for those who have completed 28 days since the receipt of the first dose. The vaccination of frontline workers (FLWs) started on February 2.

The next phase of the Covid-19 vaccination commenced from March 1 for people over 60 years of age and those aged 45 and above with specified co-morbid conditions. 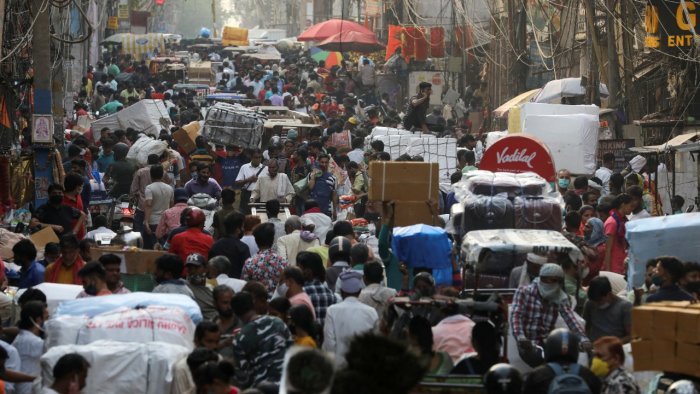 New Delhi, Apr 13: India on Tuesday logged 1,68,912 new Covid-19 cases, slightly lower than its record high of nearly 1.7 lakh new infections on Monday, taking the total tally of cases to 1,36,89,453, according to the Union Health Ministry data updated on Tuesday. Daily deaths due to the coronavirus stood at 879.

India has now reported over one lakh daily infections for the seventh straight day.

The national Covid-19 recovery rate fell below 90 per cent and was at 89.51%, according to the MoFHW data.

The active coronavirus cases in the country stood at 12.64 lakh, while the death toll increased to 1,71,058 with 879 daily new fatalities.

Registering a steady increase for the 34th day in a row, the active cases have increased to 12,64,698 while the recovery rate further dropped to 89.51 per cent. 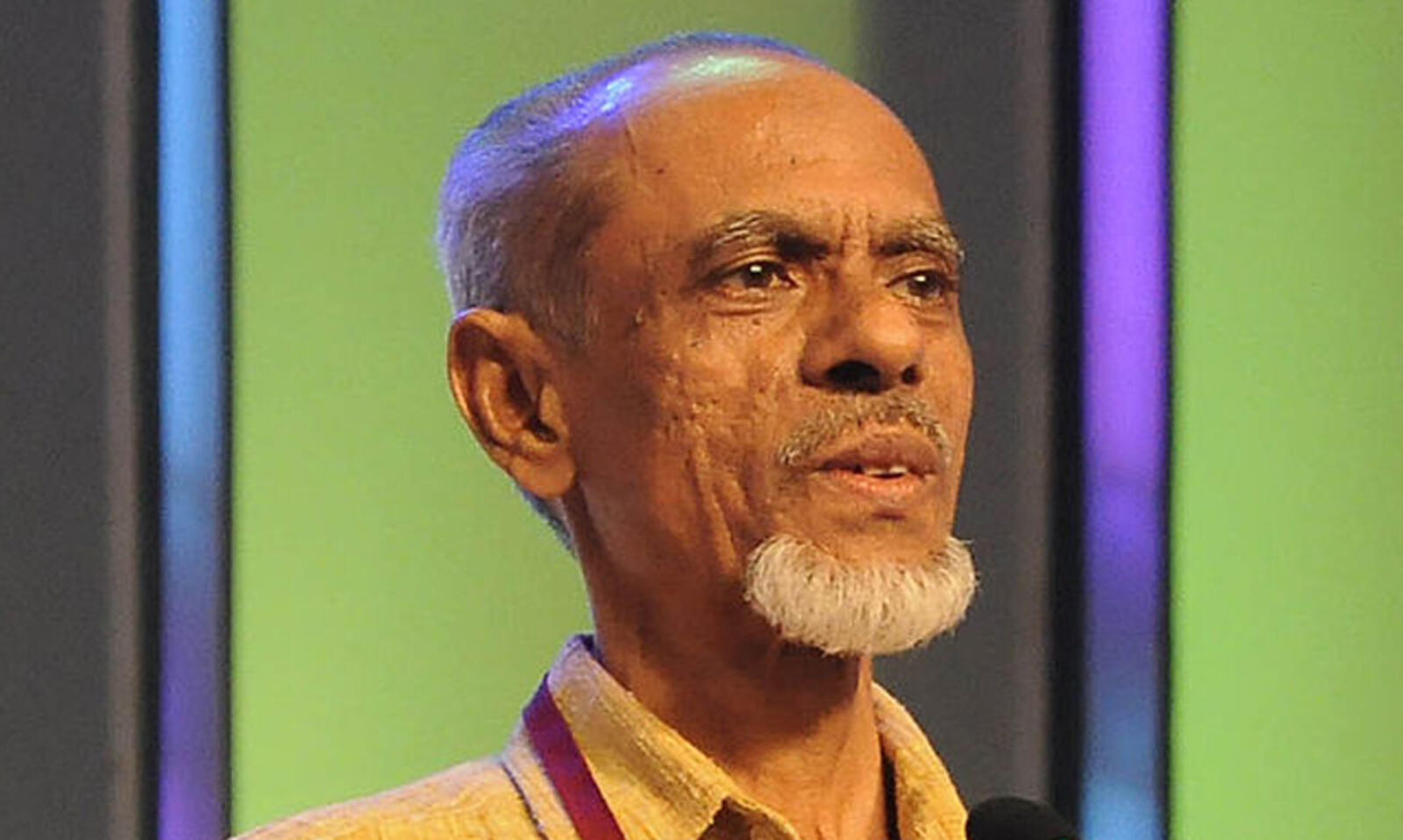 New Delhi, Apr 13: The Russian Direct Investment Fund (RDIF) has said that India has become the 60th country to approve the use of Sputnik V against coronavirus and more than 850 million doses of the vaccine are going to be produced in the country annually.

The Drug Controller General of India (DCGI) has registered the vaccine under the emergency use authorisation procedure. This is based on results of clinical trials in Russia as well as positive data of additional Phase III local clinical trials in India conducted in partnership with Dr Reddy’s Laboratories.

The vaccine has been approved for use in countries with a total population of 3 billion people or about 40 per cent of the global population, and India has become the 60th country to approve Sputnik V, RDIF, Russia's sovereign wealth fund, said in a statement.

India is also the most populated country to register the vaccine and also the leading production hub for Sputnik V, it added.

RDIF CEO Kirill Dmitriev said the approval of the vaccine is a major milestone as both countries have been developing an extensive cooperation on clinical trials of Sputnik V in India and its local production.

"The Russian vaccine has efficacy of 91.6 per cent and provides full protection against severe cases of Covid-19 as demonstrated by the data published in one of the leading medical journals -- The Lancet," he added.

"Over 850 million doses of Sputnik V are going to be produced in India annually sufficient to vaccinate more than 425 million people around the world," he said.

According to the release, RDIF has agreements with India's Gland Pharma, Hetero Biopharma, Panacea Biotec, Stelis Biopharma and Virchow Biotech aimed at production of more than 850 million doses per year.

Sputnik will be the third vaccine to be used in India against coronavirus. In January, DCGI had given the emergency use authorisation for two Covid-19 vaccines -- Covaxin of Bharat Biotech and Covishield of Oxford-AstraZeneca manufactured by Serum Institute of India in Pune.

As per RDIF, Sputnik V has a number of key advantages, including that there are no strong allergies caused by Sputnik V.

The price of the vaccine is less than $10 per shot and it uses two different vectors for the two shots in a course of vaccination, providing immunity with a longer duration than vaccines using the same delivery mechanism for both shots, it added.

Other countries that have approved use of Sputnik V include Argentina, Bolivia, Hungary, UAE, Iran, Mexico, Pakistan, Bahrain and Sri Lanka.