Lucknow, Oct 25: Making another poll promise ahead of the Uttar Pradesh Assembly polls, Congress leader Priyanka Gandhi Vadra on Monday said free medical treatment of up to Rs 10 lakh will be provided to people of the state if her party is voted to power.

The Congress leader had flagged off her party's "Pratigya Yatras" from Uttar Pradesh's Barabanki district on Saturday with seven promises, including loan waiver for farmers and jobs to 20 lakh people if voted to power.

“Everyone saw the dilapidated condition of the health system of UP due to government neglect during the Corona period and now during the spread of fever. For ensuring good and cheap treatment, with the consent of the manifesto committee, the UP Congress has decided that if voted to power, our government will provide up to Rs 10 lakh for treatment of any disease,” Gandhi said in a tweet in Hindi.

Among the other promises made by the party are purchase of wheat and paddy at Rs 2,500 per quintal and Rs 400 per quintal for sugarcane.

The party has also promised jobs to 20 lakh people, halving the electricity bill of all and a sum of Rs 25,000 to families who faced financial crunch amid the Covid crisis.

Besides, the party has decided to give 40 per cent tickets to women in elections and smartphones to Class 12 pass girls and e-scooters to graduate girls if voted to power.

Madrasas dens of terrorists; will order closure of 22 thousand madrasas if get a chance: UP minister 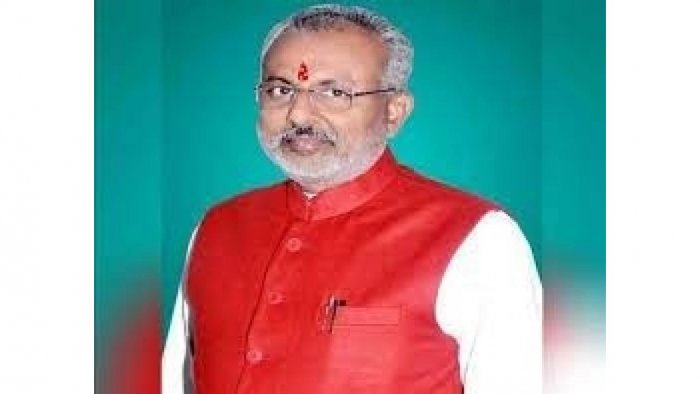 Lucknow, Nov 25: A minister in Uttar Pradesh government today termed the madrasas (Islamic Schools) as "terrorist dens" and demanded that they be closed immediately.

Speaking to reporters, Singh said that there were only 250 madrasas in UP till a few decades back. "Now there are more than 22 thousand madrasas in the state," the minister said.

Singh, while referring to Burhan Wani, who was a top commander of the terror outfit Hizbul Mujahideen and was killed in a gun battle with security forces in Jammu & Kashmir in 2016, said that he was also a 'product' of a madrasa in the state.

The minister added that he would order the closure of all the madrasas if he got a chance.

Singh's remarks came amid announcement by the Yogi Adityanath government to renovate and modernise the madrasas in the state.

The Muslim clerics and opposition parties slammed the minister for the remarks. "Many, who studied in the madrasas, had fought for the freedom of the country....the minister should read history before making such a statement....he must be sacked immediately," said a Muslim cleric here.

"The remarks reflect the anti-Muslim mindset of the BJP....the minister is not alone in saying so...there are many MLAs in the BJP, who have also made objectionable comments on the Muslims," said a senior Samajwadi Party leader here.

Prime Minister Narendra Modi had announced in an address to the nation on November 19 that the farm laws would be withdrawn in the coming Winter Session of Parliament, which will begin on November 29.

Demanding the withdrawal of the laws, agitating farmers sitting at three sites on Delhi's borders since November last year had said they will stay put till Parliament repeals them.

News 18 reported that a single bill, Farm Laws Repeal Bill, 2021, would be introduced and passed in the Winter Session, invalidating the Farmers' Produce Trade and Commerce (Promotion and Facilitation) Act, 2020; Farmers' (Empowerment and Protection) Agreement on Price Assurance and Farm Services Act, 2020, and the Essential Commodities (Amendment) Act, 2020.

Zee News reported “The Union Ministry of Agriculture is said to have finalised this bill after holding consultations with the Prime Minister's Office (PMO).”