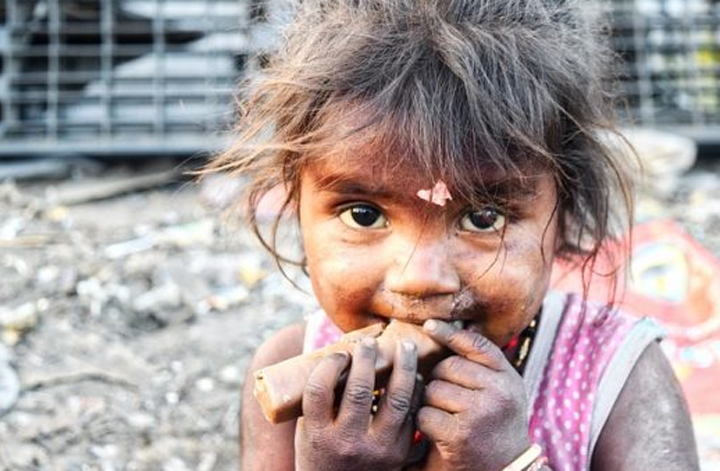 New Delhi, Oct 17: India ranked 94 among 107 nations in the Global Hunger Index 2020 and is in the 'serious' hunger category with experts blaming poor implementation processes, lack of effective monitoring, siloed approach in tackling malnutrition and poor performance by large states behind the low ranking.

Nepal in 73rd and Sri Lanka in 64th position are in 'moderate' hunger category, the report showed.

Seventeen nations, including China, Belarus, Ukraine, Turkey, Cuba and Kuwait, shared the top rank with GHI scores of less than five, the website of the Global Hunger Index, that tracks hunger and malnutrition, said on Friday.

According to the report, 14 per cent of India's population is undernourished.

It also showed the country recorded a 37.4 per cent stunting rate among children under five and a wasting rate of 17.3 per cent. The under-five mortality rate stood at 3.7 per cent.

Data from 1991 through 2014 for Bangladesh, India, Nepal, and Pakistan showed that stunting is concentrated among children from households facing multiple forms of deprivation, including poor dietary diversity, low levels of maternal education, and household poverty.

During this period, India experienced a decline in under-five mortality, driven largely by a decrease in deaths from birth asphyxia or trauma, neonatal infections, pneumonia, and diarrhoea, the report stated.

"However, child mortality, caused by prematurity and low birth weight, increased particularly in poorer states and rural areas. Prevention of prematurity and low birthweight is identified as a key factor with the potential to reduce under-five mortality in India, through actions such as better antenatal care, education, and nutrition as well as reductions in anaemia and oral tobacco use," it said.

Purnima Menon, a senior research fellow at the International Food Policy Research Institute, New Delhi, said the performance of large states like Uttar Pradesh, Bihar and Madhya Pradesh need to be improved to see an overall change of India's ranking.

"The national average is affected a lot by the states like UP and Bihar... the states which actually have a combination of high levels of malnutrition and they contribute a lot to the population of the country.

"Every fifth child born in India is in Uttar Pradesh. So if you have a high level of malnutrition in a state that has a high population, it contributes a lot to India's average. Obviously, then, India's average will be slow to move," she said.

Ms Menon said big states with large population and a high burden of malnutrition are those which are actually affecting India's average.

"So, if we want a change in India then we would also need a change in Uttar Pradesh, Jharkhand, Madhya Pradesh and Bihar," she said.

Shweta Khandelwal, the head of Nutrition Research and Additional Professor at Public Health Foundation of India, said the country has one of the most impressive portfolios of programmes and policies in nutrition in the books.

"However, the ground realities are quite dismal."

"Research shows that our top-down approach, poor implementation processes, lack of effective monitoring and siloed approaches in tackling malnutrition (missing convergence) often result in poor nutrition indices. We must integrate actions to make public health and nutrition a priority across each sector," she said.

Ms Khandelwal suggested five measures to prevent exacerbation of hunger because of the pandemic.

"Safeguard and promote access to nutritious, safe and affordable diets; invest in improving maternal and child nutrition through pregnancy, infancy, and early childhood; re-activate and scale-up services for the early detection and treatment of child wasting; maintain the provision of nutritious and safe school meals for vulnerable children and expand social protection to safeguard access to nutritious diets and essential service," she said.

She said it is important to aim at curbing multiple forms of malnutrition holistically in a concerted manner rather than single short-sighted fixes.

"Hunger and undernutrition cannot and should not be fixed by mere calorie provision. All stakeholders steered by robust leadership must pay attention to making balanced healthy diets which are climate-friendly, affordable and accessible to all," she added.

Kasaragod, Sep 16: Seeking to guard his children from stray dogs, a man carries an air-gun while escorting young ones to their school in Kasaragod, the northernmost district of Kerala.

Amid reports of increasing stray dog menace across the State, the video of an armed Sameer escorting a group of children to school has gone viral on social media.

He could be seen walking in front of the children with the gun and saying he will shoot any stray dog if it attacks.

He later told a television channel that it was his responsibility as a father to ensure the protection of his children.

Sameer pointed out that he was forced to carry the gun as his own children and those of his neighbours stopped going to school for fear of stray dogs, which has been an issue in the area for some time.

“A madrasa student was bitten by a stray dog the other day. So, all the children here were scared to go out and walk to the madrasa. So, I decided to give them security,” he said, adding that his son shot the video and posted it on the social media.

A native of Bakel here said no licence is needed to carry an air-gun.

“I’m not afraid of legal action, as I don’t kill any dog. But if any dog attacks, I will have to shoot it for self-protection,” the man added.

When contacted, police said they were aware of the incident but no complaint has been received in this regard so far.

Of late, the State has been seeing a rise in attacks by strays. The Kerala High Court had then intervened to issue a slew of directions for proper implementation of Animal Birth Control (ABC) measures and vaccination of dogs.

Despite that, it had to intervene this time as well to remind the State of its obligation to protect the citizens and to caution the general public against taking law into their hands.

Amid mounting criticism of the government’s inability to control canine population or instil confidence regarding efficacy of the anti-rabies vaccine, the State government and its various authorities have initiated steps to address the menace on a war-footing.

In an effort to allay public fears, the government announced measures including a State-wide mass vaccination campaign from September 20 to October 20 for vaccinating stray and pet dogs and opening more Animal Birth Control centres.

‘This is not a bluff’: Putin warns the West as he orders Russia's first mobilisation since World War 2 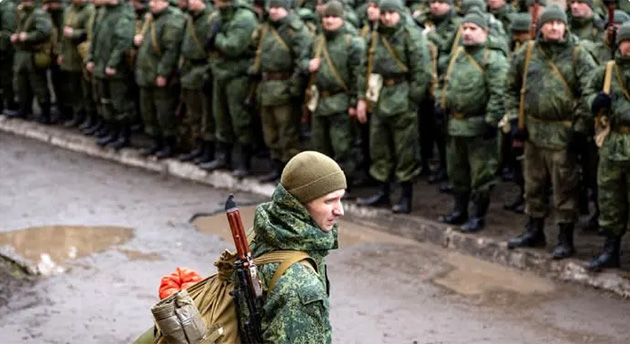 London, Sept 21: President Vladimir Putin on Wednesday ordered Russia's first mobilisation since World War Two, warning the West that if it continued what he called its "nuclear blackmail" that Moscow would respond with the might of all its vast arsenal.

"If the territorial integrity of our country is threatened, we will use all available means to protect our people - this is not a bluff," Putin said in a televised address to the nation, adding Russia had "lots of weapons to reply".

Russia's defence minister said the partial mobilisation will see 300,000 reserves called and up would apply to those with previous military experience.

Putin's partial mobilisation significantly escalates the conflict over Ukraine and comes as Russia battles a Ukrainian counter-offensive that has forced its troops to retreat and surrender some occupied territory.

Putin said the partial military mobilisation of its 2 million-strong military reserves was to defend Russia and its territories, claiming the West did not want peace in Ukraine.

Putin's speech was a worrying escalation and the threats he made in it must be taken seriously, British foreign office minister Gillian Keegan told Sky News.

"Clearly it's something that we should take very seriously because, you know, we're not in control - I'm not sure he's in control either, really. This is obviously an escalation," she said.

Russia's rouble fell and global oil prices surged after Putin's comments. The war has already caused a spike in fuel and food prices around the world.

Putin restated his aim was to "liberate" east Ukraine's Donbas industrial heartland region and that most people in the region did not want to return to what he called the "yoke" of Ukraine.

Russia already considers Luhansk and Donetsk, which together make up the Donbas region Moscow partially occupied in 2014, to be independent states. Ukraine and the West consider all parts of Ukraine held by Russian forces to be illegally occupied.

Russia now holds about 60% of Donetsk and had captured nearly all of Luhansk by July after slow advances during months of intense fighting.

Those gains are now under threat after Russian forces were driven from neighbouring Kharkiv province this month, losing control of their main supply lines for much of the Donetsk and Luhansk front lines.

Ahead of Putin's speech, in an apparently coordinated move on Tuesday, Moscow-installed leaders in occupied areas of four Ukrainian regions announced plans to hold referendums on joining Russia in coming days.

What does mobilisation mean?

Mobilisation is the act of assembling and readying military troops and supplies for war.

When was the word first used?

The word mobilisation was first used in a military context in the 1850s to describe the preparation of the Prussian Army. Mobilisation theories and tactics have continuously changed since then.